In the final episode of season one, TWLOHA founder Jamie Tworkowski talks with Chris Sullivan. Chris opens up about his background as an actor and his experience dealing with mental health issues, how he takes care of himself, and why he doesn’t consider This Is Us a sad show.

Chris Sullivan is an American actor and musician. He is known for playing Taserface in Guardians of the Galaxy Vol. 2. He first gained attention for his portrayal of Tom Cleary on the Cinemax drama The Knick. He played Benny Hammond in Stranger Things and currently stars as Toby on the NBC drama This Is Us.

This conversation was recorded live on Sunday, December 16, at Bootleg Theater in Los Angeles, CA. 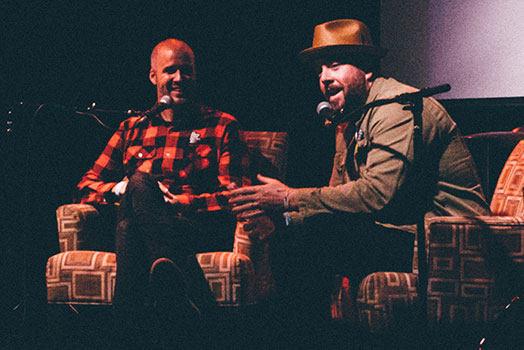 “Every time I have shared something difficult in my life with someone, that person undoubtedly has something that they're dying to share. And so to be in service of one another is as far as I can tell over the last couple of years, the only road to happiness, happiness, not being a goal, but service being a goal and happiness hopefully being a byproduct.”

We’d like to thank Jon Foreman for the music featured in this episode and for Chris Sullivan for spending some time with us. Jamie Tworkowski served as the interviewer this week. This episode was produced by Mark Codgen with editorial support by Claire Biggs and Jennie Armstrong of Lore de Force and Becky Ebert.