It’s now been over three years, and I still wonder how I didn’t. I guess I know as well as anyone that you never truly know what someone else is going through. Hell, I hid the same things he did every day. But here I am, alive—without him.

We were 18 when he died, and I can’t believe I made it to 21. I can’t comprehend how time passes without him. I think they call it survivor’s guilt. I didn’t want to be alive anymore because he didn’t get to be. When he took his life, he went from an “is” to a “was.” That had to be one of the hardest parts. It stunned me to see how easily people switched from present to past tense.

Following a suicide, one of the first things loved ones do is try to find out why, to identify a cause or any warning signs. When he died, everyone was searching for a reason. People like things to be direct and simple—he did “this” because of “that.” I was certain people assumed I could have and should have stopped him. I was certain people assumed I was the “that.”

I spent countless days and nights thinking back to every conversation. I knew he was struggling, but he told me was better. I analyzed every possible scenario that might have prevented his death. I thought, maybe if we were still together, he would still be here.

But trying to understand or create scenarios of “what if” will drive you mad. Any small adjustment could have made an impact. There’s no way of pinpointing an exact moment where I could have saved him. I’m now learning, through my own struggles with depression and anxiety, that no one can truly save a life other than their own. I had to decide that I wanted to stay. Yes, others can help, but it’s ultimately something we decide for ourselves.

Years ago, I could have never imagined telling anyone that I deal with both depression and anxiety. Conversations about mental health were taboo and belonged behind closed doors. But since his death, I’ve made vulnerability a priority. It’s not worth pretending we’re not going through heavy things. When we spend so much time painting false images that everything’s OK, all it does is strengthen shame and encourage people to hide.

I choose to be vulnerable because I refuse to let someone think they’re alone or too broken. By pulling back the curtain, we remind those around us that we’re pretty damn similar and struggling is not something to be ashamed of. 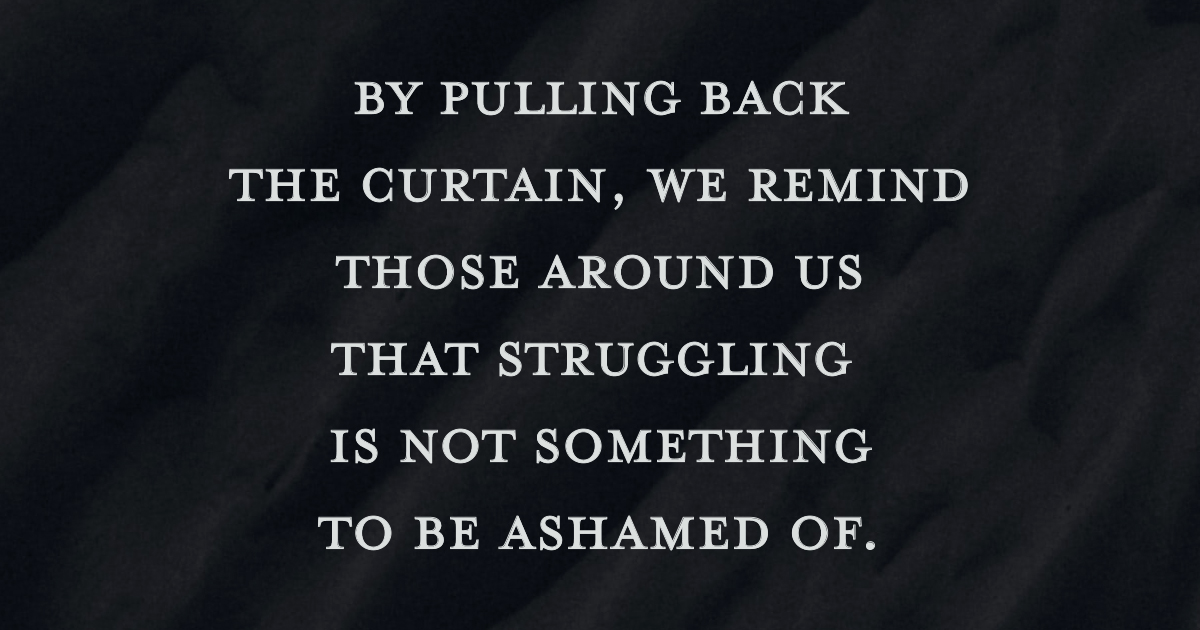 Suicide. Let’s talk about it.

This piece talks about suicide. Please use your discretion.  You can also listen to it here. The intro. I’ve participated in TWLOHA’s annual suicide prevention fundraising campaign for many years now. It’s become something that I consider a regular part of my routine—an expected, dependable undertaking that I associate with this time of year. I […]