If you’ve been on the internet recently, you’ve most likely heard about the Kanye West drama unfolding between him and Kim Kardashian. While his behavior that’s being exhibited is a clear sign of a bipolar episode—in addition to abuse, manipulation, and stalking—what’s scarier to me is how the media is stoking the flames.

I’m trying not to take it personally, but as someone who lives with Bipolar Disorder, it’s really challenging to see headlines swirling that add harmful stigma to a mental health disorder that is grossly misunderstood.

Let me preface this by saying: I am not speaking for all people living with bipolar. I am not shaming or condoning any actions—I’m just getting my thoughts out on a page as a form of processing.

I don’t even have to describe it because I’m sure you already have an image in your head of what a “bipolar person” acts like. Before my recent diagnosis, I instantly thought of the 2009 era of Britney Spears and how she quickly became both the villain and punchline during her very public mental health crisis.

I am so fortunate that my many mental health crises were much less publicized—sure, I caused hurt in my family and partner’s lives… but not to the scale where the media had a field day or my actions became the standard of thought when referring to someone with this disorder. I can also say from experience that with medication, therapy, and accountability you CAN recover from even the most severe crisis. The difference is the effort that you are able to put in. The difference is consistency. The difference is building the mental strength to battle your own brain until it feels second nature. (I’m very aware that access to all these avenues comes with a huge amount of privilege.)

On to why I’m trying not to take things personally:

Have you ever said, “This weather is so bipolar lately”?
Have you sung the lyrics: “Someone call the doctor, got a case of love bipolar. Stuck on a rollercoaster, I can’t get off this ride…”?
Have you wondered to yourself if a person was “off their meds”?

I have. I didn’t know the damage I was causing before my diagnosis. After finding out I had bipolar disorder, my entire mindset was flipped on its head and I became incredibly sensitive to the stigmas and language used. I was afraid of becoming that “Bipolar person” and thought my fate was to become the media-driven stereotype. I also quickly learned that my brain is chemically and fundamentally different or “neurodivergent”—and that’s OK.

My therapist explained it to me as having two very extreme poles that my mind swings between. I always thought I had intense levels of empathy where I could feel at a 12/10 compared to others, but it turns out that was my disorder peeking through. People living with Bipolar “swing” between phases, called manic and depressive, that are more heightened than the average sad or happy. The type of Bipolar (either 1 or 2) determines where you spend most of your time within the episodes. These phases are exhausting and typically result in relapsing into the opposite phase, causing a cycle that feels never-ending. 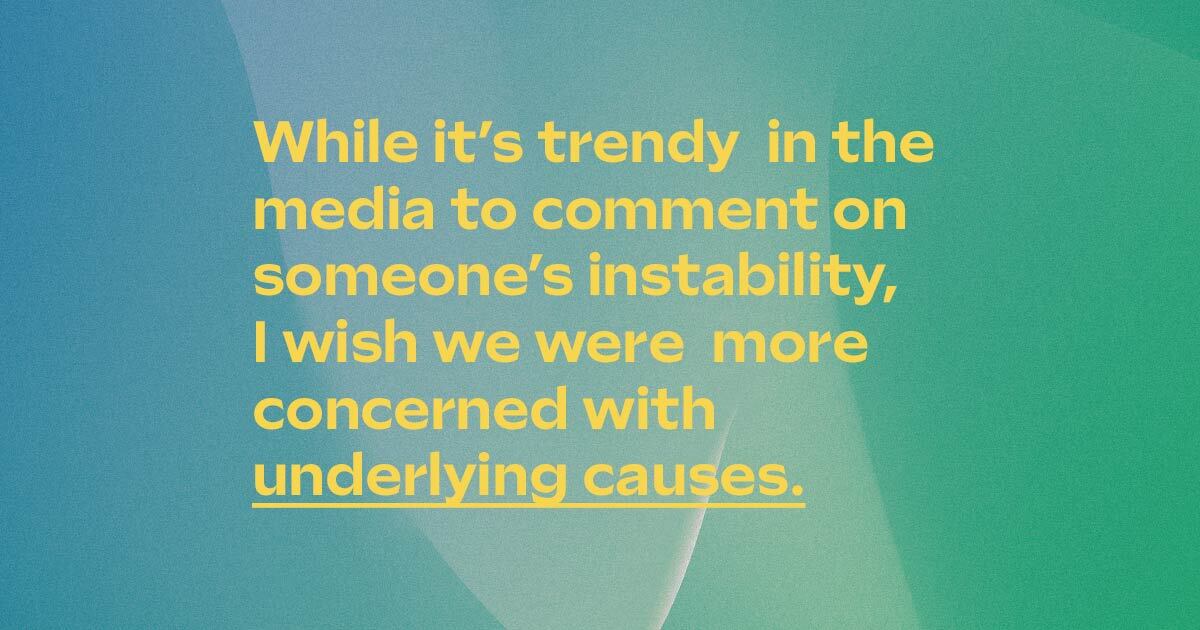 With these cycles, I coped by adopting extreme levels of manipulation and isolation. When I was in a depressive phase, I sequestered myself from the outside world and found it challenging to even brush my own teeth. My brain fed me false ideas that I was too complicated to love and people would be better off without me in their lives. These thoughts can quickly turn to suicidal ideation, but also on the level of just pushing away loved ones to “save them from dealing with you.” On the converse, experiencing those levels of isolation when swinging into a manic phase gave me the extreme desire for attention. After I was done isolating myself, I would seek out ways to become the center of attention to gain back any relationships I lost during my depressive episode. Most of the time at a high cost—in my brain, any attention was better than nothing, even if it was negative. It became a destructive cycle reminiscent of a “rollercoaster” I felt unable to escape.

Here’s the point: These phases (for me) lasted anywhere from days to weeks or months, but they were not an excuse for my manipulative or, at times, verbally abusive behavior. I was unhealthy, unmedicated, and wasn’t clued into the signs… but that did not make any of it OK. Often times I would drag friendships and partners down with me—when I felt them losing interest with my swings, I would manipulate emotions and “love bomb” them to get them back. It was a cycle that I had to (and still am) actively work to break. You see, it wasn’t until I coupled therapy WITH proper medication and accountability that I found a recipe that worked for me.

It’s still challenging to look back on relationships I ruined while I was drowning in my mind. It’s tough to own up to the harm I caused. It’s cringy to think that for some people I don’t even have the right to insert myself back into their lives to apologize… but I’m making every effort to hold myself accountable for the present and work to change my future.

So back to the Kanye situation, when I got diagnosed I found it near impossible to look up to a “healthy” bipolar person because the media caters to clickbait moments when individuals “snap.” This disorder is one that comes with sticky connotations, as explained by the experience shared above, but it has also produced some of the most incredible minds and household names, like Mariah Carey, Carrie Fisher, Ernest Hemingway, Demi Lovato, and so many more.

I guess what I’m trying to get at is while it’s trendy in the media to comment on someone’s instability, I wish we were more concerned with the underlying causes. Mental health is a huge point of discussion and contention, but it needs to be approached in a proper way. We can’t make 2009 Britney the villain but defend Kanye when he says being off his meds allows him to be a real artist. We can’t admire abusive behavior and chalk it up to “a man who is fighting for his family” like I’ve seen so many headlines note. We can’t as a society continue the hypocritical stigmas and not look inside towards our own prejudices and stereotypes we’ve adopted.

Your diagnosis is not the end of your story. You are capable of living with bipolar disorder. Healing is still possible. We encourage you to use TWLOHA’s FIND HELP Tool to locate professional help and to read more stories like this one here. If you reside outside of the US, please browse our growing International Resources database. You can also text TWLOHA to 741741 to be connected for free, 24/7 to a trained Crisis Text Line counselor. If it’s encouragement or a listening ear that you need, email our team at [email protected].