When I was 11 years old, I approached my parents and told them I kept thinking about killing myself and didn’t know why. They had no idea how to respond—because how are you supposed to respond when your young child expresses suicidal thoughts? I doubt they covered that in any parenting books.

A few years later, I reapproached my parents, this time asking to see a therapist because I was struggling with the same thoughts but now engaging in self-harm. After some begging and research to find a therapist they were comfortable letting me speak with, we scheduled an appointment. However, everything had to be kept a secret. Someone from our church happened to work in the same office and they did not want anyone we knew to find out I was going there. I saw the therapist once but due to the guilt and shame, I never went back.

From a young age, I was indirectly taught that mental health wasn’t something you talked about freely. It was something you kept quiet inside of you, something that you struggled with in secret—because otherwise, people would look at you differently. So that’s exactly what I did.

For 12 years I remained silent about my suicidal thoughts and self-harm. When I finally made the desperate decision to see a psychiatrist and discuss medication options, I was so guarded about my symptoms that I was misdiagnosed. My first diagnosis included depression and anxiety, so I took medication for these illnesses for two years and saw various therapists that I remained mostly closed off from.

It wasn’t until February of 2021 that I broke the silence. I saw a new therapist and went in with a scary but liberating approach: complete honesty. I detailed my suicidal thoughts, my 14-year struggle with self-harm, and both passive and active suicide attempts. I told him all about my periods of impulsivity and risky behaviors that I had kept quiet due to fear and embarrassment. That’s when he said to me, “I think you may have Bipolar Disorder.” If this was the case, I had been on the wrong medication, a medication known to make Bipolar Disorder worse, for two years.

A month later, things had gotten worse. I had felt this way before, I had “dealt” with suicidal thoughts to this degree in secret, but this time I told my therapist. I’ll never forget him looking up at me and saying, “I don’t think we’re taking this seriously enough.” But what was there to take seriously? I could and should handle these on my own, right? 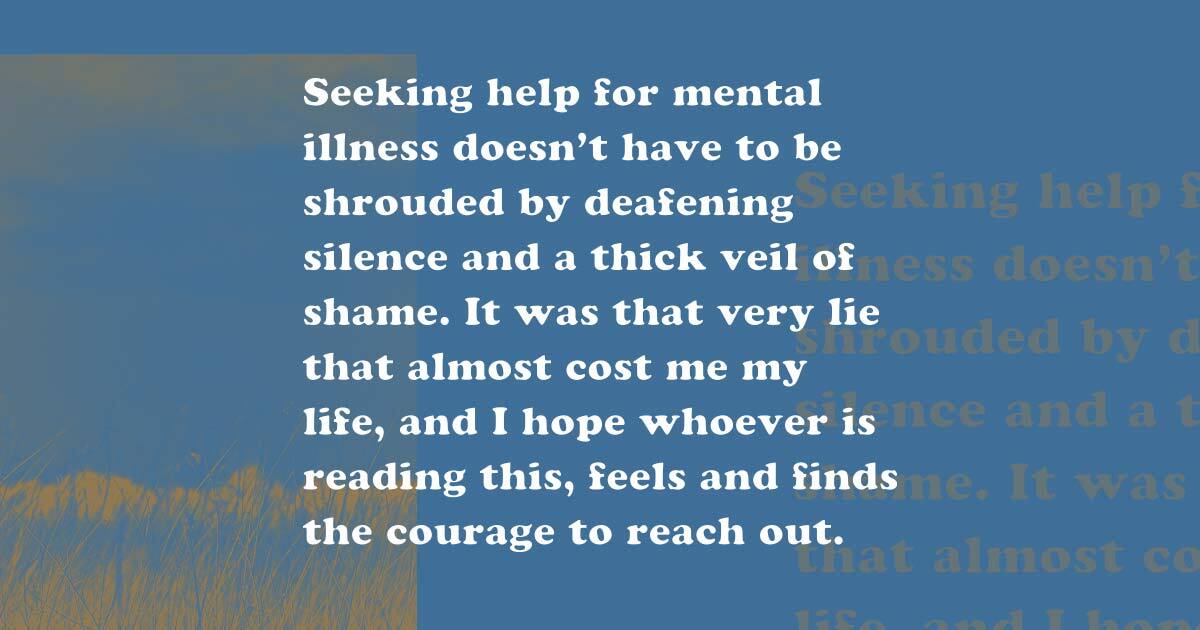 I went home from that session to research what he had suggested: inpatient treatment. Later that night we met, and then again the next day. That’s when I cried for the first time in front of any therapist. While I cried, he made phone calls and helped me through a conversation with a crisis hotline worker until we found a place I could go for treatment.

I was terrified. My only exposure to psychiatric inpatient treatment was through movies and TV shows that displayed screaming patients in constricting jackets that were forced into taking medication.

However, I quickly realized that the reality of inpatient treatment—at least for me—was nothing like the movies. I was in a place that was filled with nurses, doctors, and therapists who all genuinely cared for my well-being. They wanted to see me feel better and be able to go home. They wanted me to be safe. And, perhaps most importantly, they wanted me to talk about what I was going through.

The few days I spent there helped to begin the process of undoing everything I thought about mental health. I was encouraged to be open. I was assured that mental health problems were nothing to be ashamed of, that they should be treated just like any other illness. Going to the hospital for psychiatric inpatient treatment was no different than spending a few days in the hospital while you heal from surgery.

Since being discharged, I continue to be open. I don’t hide the fact that I was hospitalized for Bipolar Disorder. I don’t hide the fact I have Bipolar Disorder and struggle daily. Seeking help for mental illness doesn’t have to be shrouded by deafening silence and a thick veil of shame. It was that very lie that almost cost me my life, and I hope whoever is reading this, feels and finds the courage to reach out.