When I was younger, I would dress up in my father’s uniform and run around the house. He was my hero, and when I was wearing his uniform, I felt unstoppable. All of my life, I followed in his footsteps, and a career in law enforcement was my final step in his path. My father supported my decision to join the department, but I could see it in his eyes that he was fearful.

My father saw 24 years of crime, hatred, poverty, death, addiction, and everything in between. Working in an environment like that can be toxic.

This job is many things, but easy will never describe it.

Despite his fears, I walked into the locker room for my first shift, I put on the uniform, and I felt strong. I felt purposeful. I felt invincible. I was excited to begin this new career in law enforcement. I knew it would be a challenging experience, but I was ready to take after my father – and I did, in more ways than one. My partners even said I had his same walk and whistled down the hallways of the station the same way he did.

I would put that uniform on 521 more times until the day came when I would no longer feel strong or purposeful when wearing it. Instead, I would put it on and know I was anything but invincible.

As the day shift sergeant, he began his day just as my overnight shifts ended. Even though we were on opposite schedules, he always sought me out in the station. He knew I was exhausted. He knew I was frustrated. He knew at least once in my shift I had been hurt or disrespected and that I needed one thing from him: a hug from my dad. Many times he would add a cup of coffee or breakfast as if to say, “It’s not all bad.”

He knew I needed this. He knew because he had walked this path before me.

When your profession lists strength and bravery as job requirements, there isn’t much space left for vulnerability. We work every day on our physical health, but we often forget that at the end of the day, our mental state is going to decide whether we win or lose each battle.

Our mission is widely known: to protect and serve. But too often we forget that our mission also applies to each other.

In May of 2013, a day before his 54th birthday, my father turned his gun on himself in a desperate effort to seek peace from the constant pain and hurt he was experiencing.

That was the day this uniform no longer made me feel invincible.

My brothers and sisters in blue, we fight every day for those we’ve never met. It’s time to protect our own.

Tomorrow I will put my uniform back on, but it won’t be my father’s and it won’t be mine as a veteran. It’ll be me, a rookie again: seeing the world through hopeful eyes and knowing that my blue family has my six. They have my back.

Together we will take on a new mission:

We will protect and serve those who need us.

We will protect and serve each other.

We will be the hopeful. 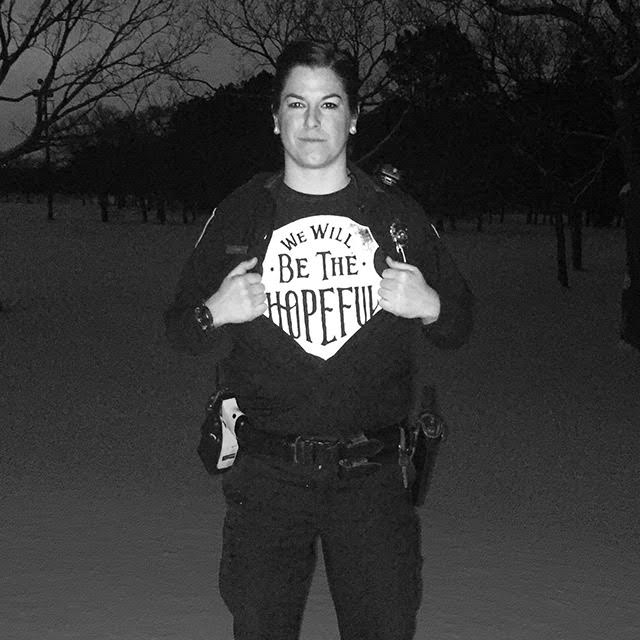