The following is an edited excerpt from Chad’s book, “The Truth About PTSD.” You can purchase a copy here.

The struggles of my life started far before I became a Marine. I experienced a childhood of physical abuse from a Marine Corps Vietnam veteran father, the abandonment of my parents, and the great pain caused by the murder of my teenage brother when I was only fourteen. When I joined the Marines Corps at the ripe age of seventeen years old, it was a fresh start at life and a chance to begin a new journey, free from the hardships of my past. I eventually fulfilled my childhood dream of becoming a Force Recon Marine, and it was everything I hoped it would be. Yet, while my new life was not without new struggles, it was ten years before I set foot in a real-life combat zone.

The later end of eight deployments as part of a special operations task force began to catch up with me, and I found that the intensity and anger that had become my norm was being replaced by a state of anxiety and even moments of fear and hopelessness about the future. Initially, I was completely naïve to what the problem might be: a mental illness.

When the physiological symptoms set in, I noticed my arms and the cheeks of my face would go numb, and I felt as if my throat was swelling shut. There were moments when I felt my heart was going to stop. I was fearful and ashamed to tell anyone on my team because I believed they would think I was weak and I knew I’d be pulled from my job. I shoved it way down and tried to push through it; it only progressed. There were many times I thought I was having a heart attack. Other times, I felt out of body and started to have lapses in memory.

It was during an operation when I realized just how foggy my mind had become; I couldn’t recall much of the prior two weeks. In a brief moment of clarity, I had made a decision to speak up. A short time later, I was back in the States sitting across from a clinical psychologist, who diagnosed me with PTSd.

It was devastating, in a single moment I felt that I had lost everything. Never in a million years would I have thought that I’d suffer from such a diagnosis.

Due to my security clearances and the nature of the programs I was involved in, this diagnosis resulted in immediate removal from my job, teammates, and what I believed was my only purpose in life. I was not only devastated but also ashamed and lost. I felt I had failed―and in part I was told I had. I had put everything into our mission and my occupation as a warrior.

I found myself lost and hopeless, feeling a mixture of shame, guilt, and overwhelming panic. I felt that if I honestly expressed my feelings, they would institutionalize me for a mental deficiency.

This state of mind was a self-fulfilling prophecy that devastated the world around me and those who loved me, nearly costing me everything, including my family by divorce and my life by almost becoming another veteran suicide statistic. I had somehow convinced myself that my family might be sad with me gone, but they would be much better off.

Fortunately, through the intervention of my wife and loved ones, I was challenged to get up. I was shown the way forward through the restoration of my faith, mentorship, and coming to the understanding that my future is not based on the past events in my life, but the choices I make moving forward. One of those choices, was to not be bound by a clinical diagnosis that says I am somehow disordered and incapable of a future that is full of hope, joy and purpose.

One of the most insightful and encouraging things I have discovered in my own path to healing is the perspective of seeing this PTSd thing through the lens of Creation. When I stopped looking at my mind and body’s reaction as a problem, as a disorder, and understood it was normal for me to respond this way, everything changed for me. I saw my situation differently and realized I wasn’t disordered but was functioning perfectly—by design. You see, our brains and bodies are brilliantly designed to respond normally to the abnormal events of trauma to survive and protect ourselves.

Today, I stand on the other side of those circumstances. The struggles I have overcome do not weaken me, but have in fact molded me into the man I am today. I have learned great lessons, and I must share them with others who are facing or will face similar struggles, so that we can endure them and emerge on the other side. 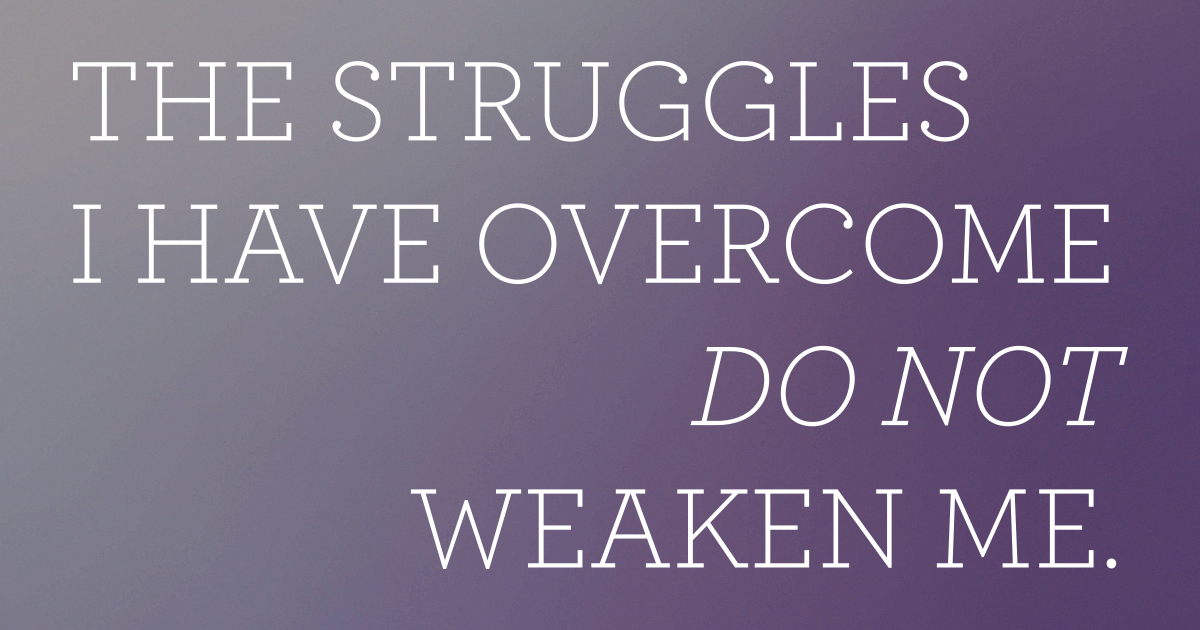 Chad is the founder and president of the Mighty Oaks Warrior Program. In addition to being a USMC Force Recon Veteran, he is a best-selling author and pro-MMA champion.

If We Get Another Day, How Will We Spend It?

In the inevitable moments of pain and darkness, try to remember that you are someone’s Patrick to their Aundre…