If there is anything I would or could tell my younger self, it would be: you are worthy of hope despite how your inner and outer worlds make you feel.

I am a multiracial woman of Puerto Rican, Filipinx, and Russian descent with Obsessive Compulsive Disorder and Generalized Anxiety Disorder raised in a predominantly white town in Alaska.

My identity is not defined by checking a number of boxes. I am not a token. My name is not hard to pronounce. And I am not exotic, crazy, or feisty. I am not half, or part, or a quarter.

Who I am is whole. Something that I’ve taken 20 years to realize, and something that began with breaking a generational cycle of stigma.

Out of all my siblings, I was the only one who started exhibiting symptoms of a mental illness. At the age of 5, I was experiencing constant intrusive feelings of emotional distress and heightened anxiety from any loud sound or slight touch. I was a fragile child, the smallest, quietest one in my class. Inside, I was falling apart. My mother was the first one to notice, while my father was hesitant to the idea that I needed help. Both of my parents were fighting their own silent battles. I was just the only one who didn’t hesitate to have a meltdown in the middle of the 2nd floor of a department store.

After I was diagnosed with OCD and GAD, I saw a shift in my family’s dynamic. As I was screaming, wondering why I couldn’t just be like everyone else, I saw the pained expressions in my parents’ eyes as if to say: “We are struggling too. We want to get better too.” To me, they were always my loving, trying, extraordinary parents who took the time to address the realities of generational trauma and mental illness within their upbringing.

Being disconnected and misunderstood by my peers both mentally and culturally, had a compounding effect that became exacerbated by the lack of positive representation for people of color in the media. Feeling the pressures of a dominant culture of whiteness and the pressures to find my identity reached several breaking points during my pre-teen years.

While my peers were in class, I was constantly late or absent as my compulsive behavior increased. In my teenage years, I saw a notable change in my symptoms, I was no longer having displayable meltdowns, but much of the same intense anxiety I felt manifested in ways that harmed me in the process. As intrusive thoughts and images popped up in my head, I began to isolate and devalue my worth over and over again. I felt too much but was also invisible at the same time. In my community. In mainstream media. In textbooks.

There are so many complexities that come with being a multiracial person of color and having a mental illness, but I’ve learned that there is beauty in acknowledging the past and seeing that moving forward requires a willingness to do the healing work. To speak up when racial microaggressions are spoken by neighbors, friends, and colleagues. To go to therapy. To embrace every half as a whole. 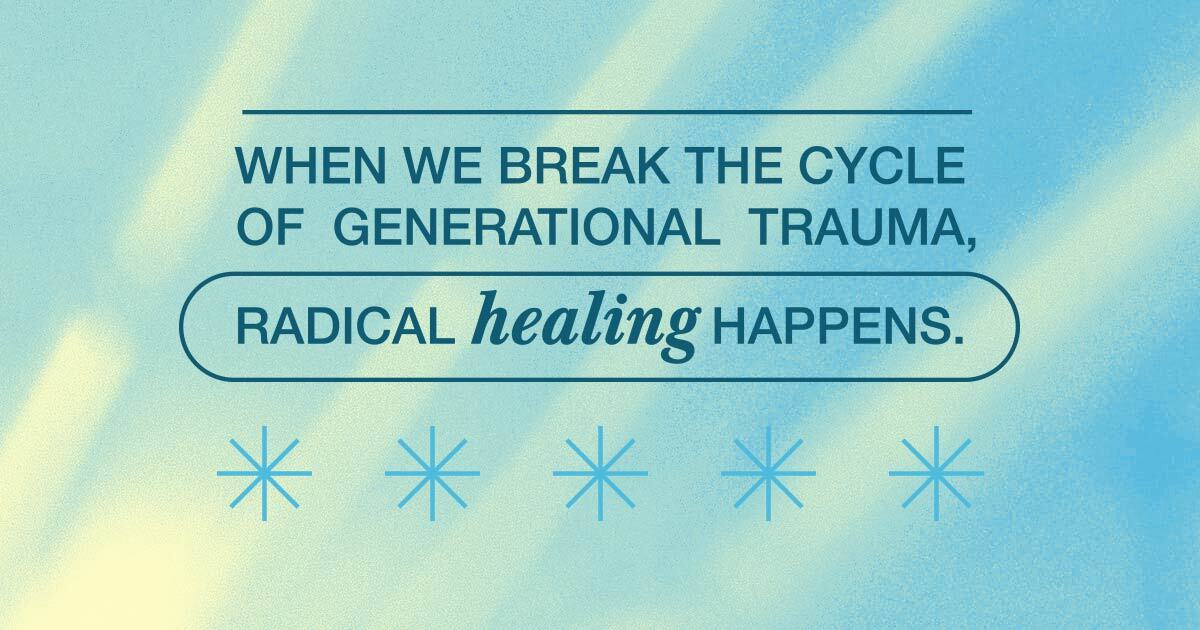 By getting help, I became an integral part of breaking the generational trauma. Just as if mental illness goes undiagnosed—unaddressed generational trauma becomes a giant barrier in seeking help. I was truly blessed to grow up in a household where pain was seen as valid and therapy was just as openly discussed as a visit to the doctor.

I believe, when we break the cycle of generational trauma, radical healing happens.

I’ve learned that despite my many differences, there are universal things I can relate to no matter where I am in the world. Whether it’s in a small Alaskan town or amidst the hustle and bustle of DC or New York, hope is something everyone needs.

My hope is that my story becomes one of inspiration for someone who is struggling to be understood. Through my journey with a mental illness, I’ve discovered that everyone is fighting an invisible battle. And the greatest thing we can do is to be compassionate. To listen. To not look for an easy quick fix, but to see that real change is deep work. It is generational work, but ultimately, it will create a new pathway for whole, radical healing.

You’re more than your pain, more than what happened. You are strong enough to heal from the heavy you carry. We encourage you to use TWLOHA’s FIND HELP Tool to locate professional help and to read more stories like this one here. If you reside outside of the US, please browse our growing International Resources database. You can also text TWLOHA to 741741 to be connected for free, 24/7 to a trained Crisis Text Line counselor. If it’s encouragement or a listening ear that you need, email our team at [email protected].

Wearing My Heart on My Sleeve

Wearing your heart on your sleeve means you can share a truer version of yourself.