For most of my life, I’ve been in a constant search for a reason why I battle depression and anxiety. I’d ask myself: Why do I have to go through this? I didn’t choose it. What did I do wrong? Is there something I can do to reverse it?

At times, it hurt so much that I wished terrible things would come about just so I could validate the pain, make some sort of sense of it all. I wanted answers to calm the chaos of feeling so out of control.

This year, some of those answers came to light.

But before I delve into those discoveries, it needs to be said that mental illness doesn’t need a reason to exist. Most of us don’t get a reason, it just happens and we are forced to face it, to deal with it. A reason, something awful, terrible, or heavy is not required to kickstart a lifelong struggle. With or without a reason, our experience is valid, our struggles are absolutely real. I guess I’m just part of the minority in this case.

I’ve always felt different. I was never quite like the other kids and I couldn’t pick out why. I noticed it in third grade when my mom gave me “the talk.” She grabbed a book with detailed images, and explained everything from puberty to sex to how babies were born. She said it was a natural part of life and that I would actually embrace it when I was older. When she finished, I cried. She laughed and asked me why, but I couldn’t stop crying and I didn’t have an answer for her.

When my middle school classmates started to explore their bodies, cracking jokes in the locker rooms, I felt even more distant. I didn’t get it. Whether a serious topic of conversation or a crude joke, I still wasn’t interested. I thought that perhaps I was still too young—maybe I would get older and something would click.

But nothing ever did.

My depression and anxiety got stronger as my voice got weaker. And no matter what I did, there was a lingering feeling that something about who I was, wasn’t OK.

When I got married, I assumed that I would suddenly feel fine about sex and all that came with it. My friends said that everything would fall into place with the right person. Television told me that sex was an integral part of marriage. Church said it too. But on my wedding night, I cried. And I kept crying. I started to dread anniversaries and holidays and birthdays and conversations with other married people. I hid the truth that my relationship wasn’t like other relationships.

Every year, around the same time for about five years, my husband and I had the same conversation. We were both exhausted and angry and sad. We were hurting each other and had no idea what to do. My depression had reached an all time low; we were disconnected and terrified. Life without each other didn’t seem possible, but life together—like this—didn’t either. I sought therapy and tried to work through trauma. Nothing seemed to “fix” me.

Earlier this year, the topic of asexuality arose. My husband knew a few people who identified as asexual and questioned if I might too. This was the first time I had heard of it, so I turned to the internet.

What I found was a sexual identity that described me and a community of people who felt the same way I did.

I wasn’t broken. I didn’t need to be fixed. I could finally name what I was struggling to make peace with.

I felt validated. I felt free. For the first time in my life, I felt OK. It was as if a power had suddenly been handed to me. As if someone had said, “Here. Here is a way to stand up and fight the lies your depression and anxiety have screamed at you all these years. This is who you are and who you’ve always been—and here is the language to express it. There is nothing wrong with you.”

I am asexual (and biromantic—but we’ll get into that another time). For me, this means I don’t experience sexual attraction or desire. I never have, and that’s OK. I still battle anxiety and depression, and I don’t know when I ever won’t, but right now I have the upperhand. I’m winning. And yes, I am going through divorce—the decision was amicable—but it’s the first time I’ve felt my feet were on solid ground.

So what happens when you’re in your late twenties, nine months post an attempted suicide, and suddenly discover who you are? Magic happens. Community happens. Hope happens. And healing begins.

We all need allies. We all need people who will stand for us when we can’t. We need people in our corner to remind us that we’re OK when we don’t feel it. Whatever you’re feeling, you can express it, you can explore it. People may judge, but there will always be people who will accept you as you are. There will be allies who will walk with you through the heavy and celebrate with you in the light. 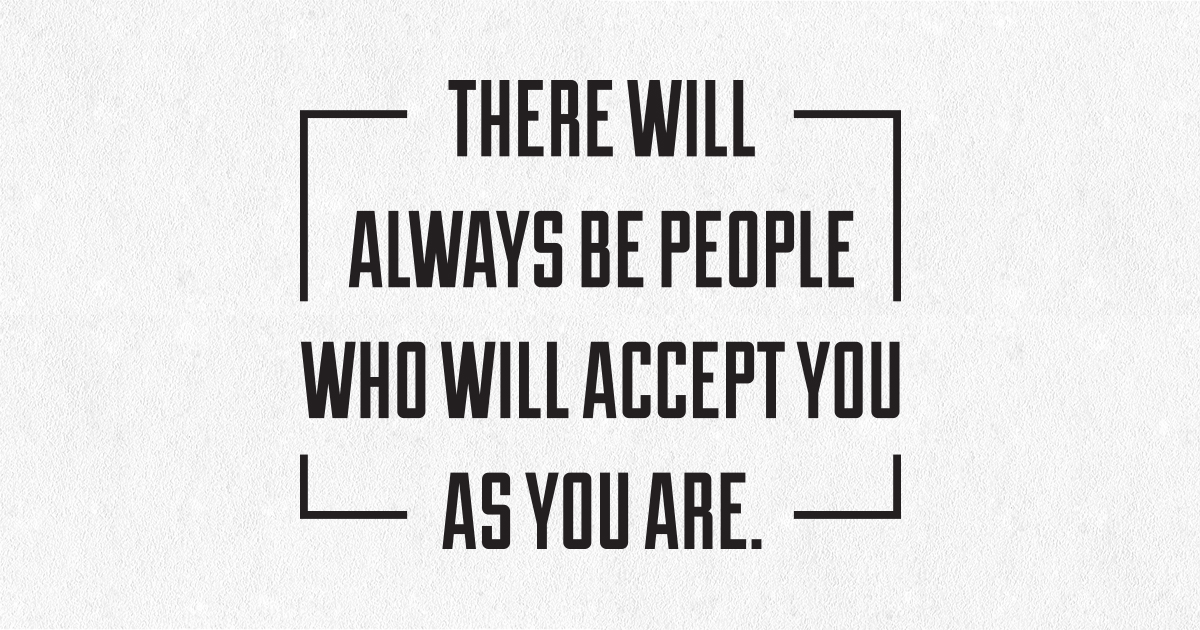