“Too Black for white kids, too white for the Black kids.” The quintessential thorn in a mixed-race person’s side. At least, it’s a thorn that I’ve personally had to deal with as a mixed-race person. Being in constant limbo, a mental battle, “fitting in” everywhere and nowhere at the same time.

As a child I grew up in white suburbia, and with that came the awareness, whether in the back of my mind or the front, that I was almost always the only Brown-skinned person in a room. Even though I was around my grandparents who were an interracial couple, knowing close friends of my mother’s who were gay, and being the product of an interracial couple, my immediate, intimate circle of friends and loved ones was much more diverse than the environments I was navigating day-to-day. And for the most part I had a regular, happy childhood. But looking back on my formative years now as an adult has caused me to deal with and acknowledge a lot of shame and rage.

There were certainly moments growing up where I knew I wasn’t having a normal interaction with someone. At the soccer game when a girl on the other team said, “Coco. What a stupid name.”

When someone in my class would ask if I was adopted because I was Brown and my mom was white.

The time a girl at camp said I must be Black because of the way my nose was shaped.

When my Brown skin was considered “exotic.”

When other Black kids joined my class and I realized that the parents of my white classmates looked at them in the same strange way that they looked at me. It was a look of distrust.

When I would be blamed for saying or doing something that I definitely did not do or say.

When people would say, “I love your hair! Can I touch it?”

When my high school boyfriend told me his mom saw my last name, Fernandez, and asked, “Does she even speak English?”

When a kid from another high school asked what I thought about “Uncle Prom’s Cabin” as a dance theme.

I wasn’t familiar with the term “microaggression.” While I recall being taught about slavery, I didn’t realize that people who looked like me were treated this way. Every day. One thousand times worse than what I had experienced. I just didn’t know. And how could I have? I was a child. I was a Brown child living in a predominantly white community and my coping mechanisms were either to laugh it off or ignore it. Put on a smile so they’ll like me. Try to act like my peers so I’ll fit in. But what was actually happening was that I was internalizing every comment, every act, every look into the very fiber of my being. And it hurt.

Even worse was growing up to realize that because my skin was a lighter shade, that I had a white mother, that I lived in the “good” neighborhood, that I went to an expensive, private school, I was privileged enough to not be harassed by police. To not get shot in the middle of the street. To have an education. To not have to change the way I walk, talk or wear my hair for fear that I won’t get a job. To be able to do so many things without barriers because my skin was the “right” shade of Brown.

Today, as a 28-year-old adult, I grapple with all of this. I have had to work through all of those internalized childhood experiences and try to let them go. I’ve had to forgive my younger self for not recognizing racism. When Michael Brown was shot in Ferguson, not 30 minutes from where I grew up, I had to learn to sit and listen to my other Black friends and comprehend police brutality because I was ignorant of the fact that this was the reality for a lot of people. I will probably never know entirely if I descend from royalty, artists, politicians, or farmers, but I do know that my history will always have the words “slavery” and “genocide” and “trauma” in it. Being Queer, Black, Indigenous, and a woman, I struggle to find the intersections of all those parts of me for fear that I will be rejected by those communities. Imposter syndrome lurks and threatens all that I am. Even as I write this blog a voice in my head screams, “Who are YOU to write a post about the Black experience?”

But the truth is I am exactly the right person to write about my experience. My voice deserves to be heard because for too long, people whose skin looks like mine have had their voices shut down and shut out. I deserve to work through these things that have done so much damage to my mental health because everyone should have the opportunity to heal their traumas, their hurt, their shame, their rage. 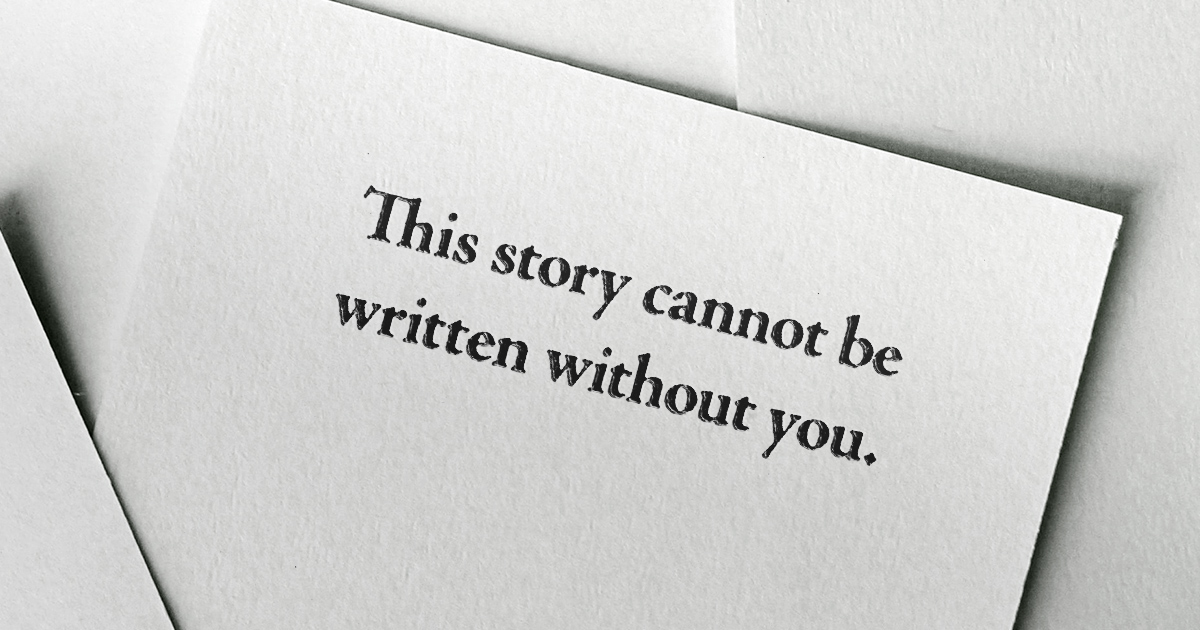 To all the multiracial humans out there trying to figure out where your place is in this story: learn your privileges, identify your prejudices, and own them. Use those privileges to help the ones who do not have the same advantages. Welcome the uncomfortable opportunity to listen and learn and grow.

But don’t let anyone tell you that you don’t belong.

You belong here. As you are. From wherever and whomever you came from. Whatever shade of Brown or Black you represent is good and beautiful and necessary. Be proud of the lineage you come from, whether you are able to know that history or not. Let your trauma and the trauma of your ancestors before you be healed by the notion that you have the opportunity right here, right now to break those cycles and move the needle forward for generations to come. This story cannot be written without you. You are allowed to celebrate every part of who you are with the notion that no one part defines all of you.

You are seen. You are heard. You are loved.