This piece was originally posted on Medium here.

When I was diagnosed with Bipolar II, I was extremely relieved. It felt like I had finally come closer to understanding what was going on with me. My moods made sense to me and it helped me see myself with a clearer lens.

Initially, the transition was difficult as I became more mindful of my emotions. I noticed and felt every mood swing as they came and went. Keeping track of them quickly drove me crazy. I couldn’t tell what was a normal response to a situation, what was depression, what was mania, and what was me anymore. Because the diagnosis was so new, it was all I could see in every situation. It was as if I could only see my life through bipolar lenses.

Unwittingly, I let it define me instead of defining my mental state. Everything I did wasn’t because I was doing it; bipolar II was the reason. That newfound motivation? Hypomanic episode. Feeling sad for no reason? Depressive episode. Not being able to focus? Bipolar. Making and completing a to-do list? Yup, hypomanic episode.

Eventually, I reached a point where I couldn’t tell what was me and what was out of my control. One night after journaling in my mood log, I noticed I had been keeping too close an eye on this new diagnosis to the point where it started to consume me. I took a moment to breathe and came to the conclusion I had things backward. Labels and diagnoses were useful to help us understand, but they aren’t all we are.

Gustavo Razzetti wrote an excellent piece on the subject of labels on Medium. In it, he says, “Labels make people invisible — we reduce them to a single adjective. Labeling is a cognitive distortion — it’s a biased perspective of ourselves and the world around us.” Slapping a label on someone or something takes all the work out of trying to understand and we can mentally check out. Labels oversimplify reality — we confuse a part with the whole. I have Bipolar II so that means any irrational behavior must come from that, right? Well, not entirely. 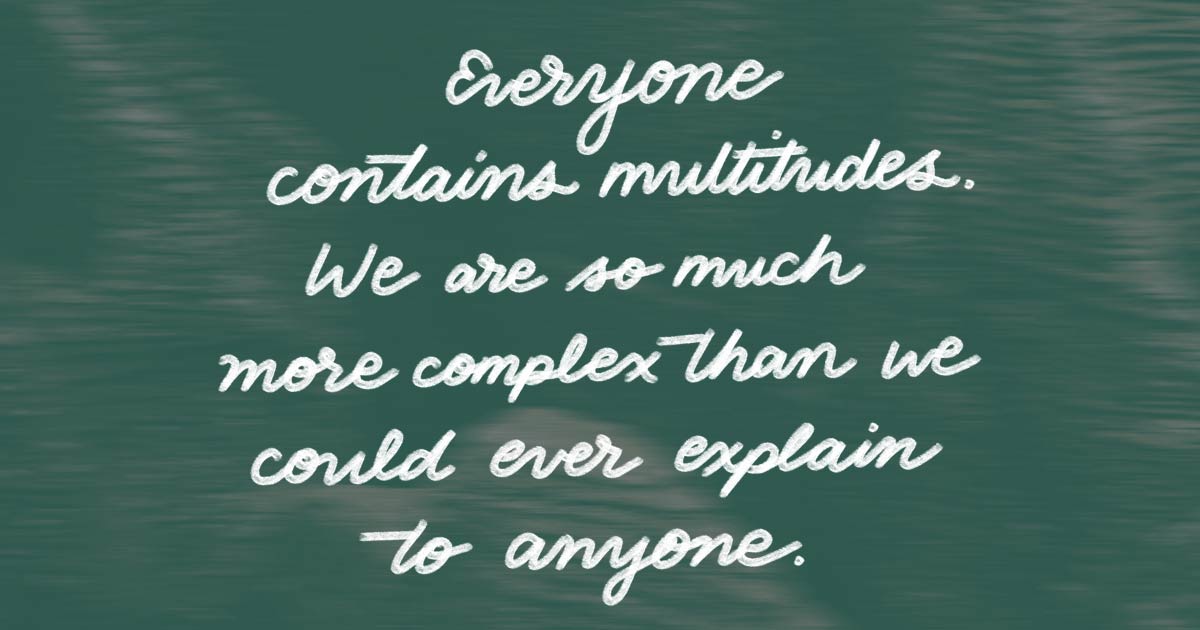 The reality is my mental illness affects my life greatly — much more than I would like to admit or live with. I can’t ignore that fact. But shrinking down everything about me to just having bipolar is a gross mistake. Walt Whitman once said, “I contain multitudes.” I think that is true now more than ever. Everyone contains multitudes. We are so much more complex than we could ever explain to anyone. I think that’s where the temptation comes in to label and compartmentalize everything.

But it’s a temptation we must resist. I must resist. Because of the multitudes we contain and the infinite possibilities of life, we shouldn’t narrow our scope to one specific aspect of ourselves. If I do, I wouldn’t be able to keep going and that would be a tragedy. We can’t control how sick we are or may become, but we can choose how to move forward with those illnesses.