I remember going to my brother’s United States Marine Corps boot camp graduation in Parris Island, South Carolina, when I was just a kid. When we arrived, the drill instructors showed us around like proper tourists in a foreign land. They showed us the infamous ropes course and taught us fun practical jokes we could play on our newly minted Marines. I even got to see a video of my brother doing some of the training exercises. Before the graduation ceremony, we stopped by the gift shop and loaded up on swag: shirts, ‘proud parent’ stickers, and a sweatshirt because it was cold that day. We were a proud family. We still are.

My brother was in the Marines for nine years, and about the time he was getting out, I was marrying my now wife. Her cousin Andrew was one of her best friends, and shortly after we got married, he enlisted in the Army. Her family was so proud. They still are.

Andrew did a tour in Afghanistan, and upon returning home, he found life was exceptionally hard. Sometimes he would call my wife and talk to her about it, as they had always been honest with each other in their struggles. Then, one Saturday morning, my wife got the call she never expected: One of her best friends, her cousin, had died by suicide. 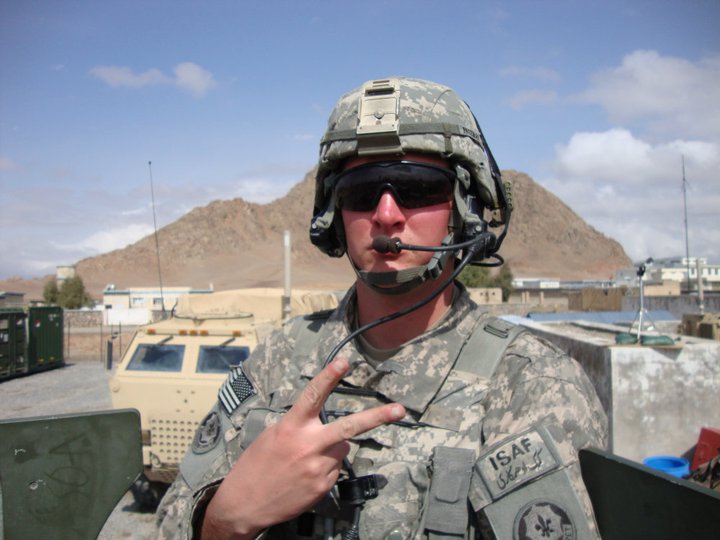 Over the years, my brother and I have had ups and downs in our relationship, but for the most part, it’s been solid. He’s ten years older than I am and has always looked out for me, just as I’ve always looked up to him.

A couple months ago, my brother, his fiancé, and their kids came through town for a few days. While visiting, they stopped by the TWLOHA office for a little tour before heading out to grab some dinner. We went on with our night just like any other.

A couple days later, he called me. He broke down. My big brother was in tears. He talked to me about how hard it was to watch his friends struggle with depression, PTSD, and addiction. He told me how he hated his job because all he wanted to do was help people, and he felt he was forced to do the opposite at work. He told me how walking around the TWLOHA office had impacted him, and he asked if there was any way to get involved.

He was only a few months away from getting married, but he quit his job without any security. He believed people mattered more than money. He framed three TWLOHA posters and put them right by the front door in their new house.

Then, a month before his wedding, his best man died by suicide.

As a young child, I left my brother’s boot camp graduation certain of two things: My big brother lost a lot of weight while he was there, and I never wanted to join the military. I left scared for my brother and for my family.

I’ve struggled with that thought for a long time. Both my grandfathers served honorably. Some of the men I respect the most are products of the military. Why didn’t I fit the mold? As I’ve grown up, I’ve questioned these feelings many times, usually without any type of revelation.

While I may not be able to envision myself on the battlefield of war, I have come to terms with this:

We all need someone fighting for us, and while it may not always look the same, we are called to fight for one another.

I’m incapable of expressing my gratitude for those who have served in our military, but just as they gave their vow of commitment to serve our country, I give them mine now:

I will fight for you.
I will go to war for your life in the only way I know how.
I will step into the darkness of souls and search for stories of hope.
I will walk with you through the heavy times and be the first to celebrate the light.

Last month, when my brother got married, they didn’t have the funds to hire a photographer. I may not be military ready, but I’m decent behind a camera. Life can be heavy and light, and we need people to walk through both with us.

Thank you, Chris, for being a big brother I can always look up to.
Thank you, Andrew, for being my wife’s best friend.

Thank you, veterans, for modeling sacrifice and dedication. We need you, and we’ll fight for you too.

In an effort to help veterans process and heal, we partnered with USA Cares and their Warrior Treatment Today program, which financially assists veterans and their families so service members can receive treatment. A portion of the proceeds from our USA Cares Title shirt goes toward providing this vital support.

Before and After Depression

How you feel right now is not your forever.

Why I No Longer Refer to My Attempt as Weak

Being alive is not something to feel ashamed of.