This piece is an excerpt from “(Don’t) Call Me Crazy: 33 Voices Start the Conversation about Mental Health,” an anthology edited by Kelly Jensen.

“Why are your books so sad? You seem so happy!”

I’ve gotten variations of this question ever since publishing my first book. The people who are confused about how I can write about so much sadness when I appear to be leading a happy and charmed life are the same people who are confused about how a comedian could be so depressed that they’ve died by suicide. The happiness someone wears and puts out into the universe should never be trusted to be the same amount of joy one has within. I once swore I could feel as happy inside as I was pretending to be outside. And because my dreams of becoming a published author were coming true, I was even surer that I would never be unhappy again.

I wouldn’t be asked to write about mental illness if I were right.

I’ve survived unhappiness before. I have a tattoo on my collarbone to remember this, to turn to whenever darkness takes another swing at me. It says HGO and it stands for Happiness Goes On. Even though it took months—sometimes years—to get over the pain and worthlessness I felt, I endured, and survived. And that’s the lesson I hold close to me: happiness comes again.

But things were completely different in fall 2015, the year my debut novel, More Happy Than Not, came out. Things were so scary for me that I can’t recall a single time I saw my Happiness Goes On tattoo. It’s as if this very important reminder that things have been bad before but got better with time and healing was invisible. I felt devastatingly helpless.

This dip felt inevitable. There’s a history of mental illness on my father’s side of the family—schizophrenia, dissociative disorder, and yes, people who have taken their own lives. It’s worth noting I also deal with a strong case of obsessive-compulsive disorder (OCD) (and not of the I’m-so-OCD-about-this! variety). The combination of anxiety and OCD during a life-changing year—when I went from being a young man from the South Bronx who no one expected to succeed to a published author whose debut novel received stellar reviews and fanfare—buried me under a world of pressure. I wanted to be everything for everyone and control things I couldn’t control.

My dream was turning on me. I wanted to be better than my failures and I wanted to be two times better than my successes. One of my favorite people recognized I was becoming too defined by my career and told me to take a step back, to return to being “Adam Silvera, human who writes, not writer who humans.” That was exactly what I wanted but I couldn’t get there instantly. My warped perspective on my career and expectations for it, both internal and external, were preventing me from appreciating the true victories of being a writer—like someone telling me they enjoyed my work. Like someone else telling me my work saved their life.

It’s not uncommon for me to sink when good things are happening in my life, something I’m positive others experience, as well. That rewarding high can leave you wanting more and when “more” doesn’t show up, you’re left disappointed. After the book’s publication, dozens of these moments eventually avalanched and left me feeling worthless and hopeless and crushed and alone despite having some of the greatest friends ever.

The worthlessness and hopelessness and loneliness I’d been feeling tenfold led me to wonder if there was a solo trip I could take to end my life. I believed deep down I didn’t want this, but because the thought kept returning I messaged some of my best friends so they could keep an eye on me as I felt things worsening. 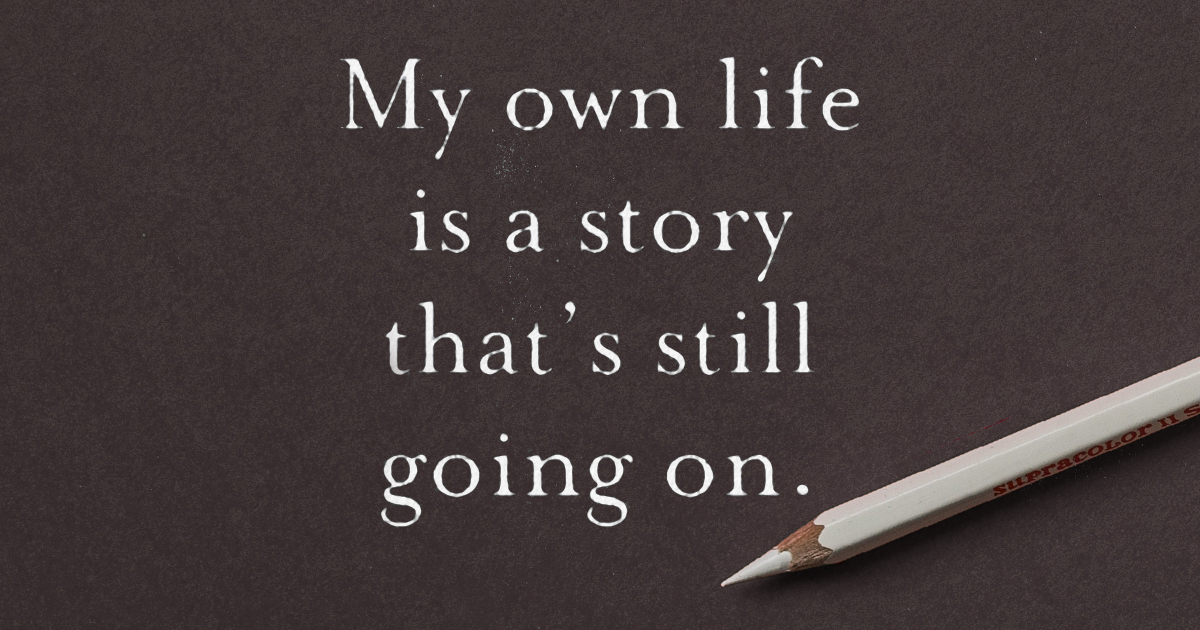 That was the first time I reached out to friends during a suicidal crisis; it was also the same night I was coming apart. I had no appetite. I couldn’t sleep. My chest was very tight. My heart was pounding so hard in the middle of the night that I swore I was having a heart attack, and the force of it didn’t calm down until the next evening.

I was on deadline for my second novel when this was happening and I alerted my agent so he could fill in my publisher. I emailed a mentor/friend who hit me with the toughest love that finally got me to reach out to a Suicide Prevention Lifeline for the first time. I will never forget what it was like to add that number in my phone’s contacts list. It took me hours to finally work up the nerve to call. I didn’t feel justified because I wasn’t an immediate danger to myself. But as my mentor told me: I was indeed at risk during these very charged days, and it was important that I build relationships with professionals instead of carrying all this unchecked weight by myself. I also hesitated to call because I felt as if some of my reasons—which I’m keeping to myself—were stupid and weren’t worth their time. I really hope anyone reading this understands that if your “stupid” reason is eating you alive, then it’s far from stupid. I hope we can all be smarter about this in the future.

I went for a walk before I made the call. I played a cheery song and when the song ended, I forced myself to call the lifeline. My chest tightened as I thought about how bizarre the whole experience was. When the operator picked up, I didn’t know what to say. But after forty minutes on the phone, I had told her so much: how I’ve cried in the shower with my face planted on the cold tiles of the wall; how I appreciated my trusted friends checking in on me and how I hated that I was this broken thing they needed to check in on; how uncomfortable it made me that everyone was learning how to recalibrate their conversations with me, like I needed to be handled with kiddie gloves; how interrupting everyone’s (seemingly) happy lives with my own unhappiness only made me regret sharing all this with them in the first place; how becoming an author changed my life and how it didn’t magically heal all wounds or spread happiness into the other arenas of my life; how I was apartment hunting in a city I wasn’t sure I wanted to stay in; how everything felt lose-lose, and so much more. I wasn’t rushed off the phone and when I made the decision to hang up, the operator gave me multiple resources that could better assist me locally. She also reminded me I could still call that number anytime.

I went hiking with one of my best friends a couple days later. We climbed to the very top of the mountain and drank fresh water from a spring. It was a beautiful day followed by an evening when I crashed even harder than I had earlier that week. I was convinced this was going to be the night when I died by suicide. I cried in the shower, I cried in the streets, I cried on the steps of a church. I had a fleeting thought about throwing myself into a street as a car approached. I was about to research painless ways to die. But I got it together and called the Suicide Prevention Lifeline again. The operator wasn’t as great as the first one, and I considered hanging up to speak with someone else (which I highly recommend if you don’t find your life valued by the end of a call), but I chose to call resource centers instead. I wanted to live and I couldn’t keep avoiding local help.

When I got back to my friend’s that night, I broke down so hard that I learned the sound of my cry—not the little sobs from the shower I thought was my crying at its worst but instead an agonized cry with stuttered breaths and this pain as if I’d lost all my favorite people in the universe. This was the kind of depression that made me feel lonely when I was being hugged.

Writing has always been my outlet. Whether I was exploring an idea or seeking therapy it’s what I have always done, and will likely continue to do, whenever I need to relieve myself of whatever is weighing me down.

So why do I write sad stories? Because I’m haunted by those times in my own life that inspired four of my thirteen tattoos.

I write sad stories for teenagers because young adults need to see that there is no such thing as a happy ending when you’re that age. Because your life is more than your teenage years. And that when we say “It Gets Better,” it doesn’t mean “Everything Gets Solved.” It means you will still carry the weight from when things weren’t good, but you will be stronger for it the next time you’re unhappy—and that time will come. I want to show the battles that people go through. And I can’t think of a better way to show young people that you can be strong enough to survive and survive and survive and survive than to write a character who overcomes their darkness.

I write sad stories so I can be a living, breathing example that someone who looks happy on the outside isn’t always happy on the inside.

I write sad stories because my own life is a story that’s still going on.

“(Don’t) Call Me Crazy: 33 Voices Start the Conversation about Mental Health” will be available for purchase on Tuesday, October 2. You can pre-order the anthology here. To learn more and read an additional excerpt, visit https://www.workman.com/products/dont-call-me-crazy.

Adam Silvera is a New York Times bestselling author. A Bronx native, Silvera writes full-time in New York City and is tall for no reason. Find out more about Adam and his work here.