Last year during a round of channel surfing I came across the VH1 reality show “Couple’s Therapy.” I hadn’t watched it before but when I saw rapper DMX pouring his heart out to the show’s therapist I put down the remote and listened to the heart-wrenching details of the horrible abuse he experienced as a child at the hands of his mother. When I heard him describe easing his resulting depression and anxiety, saying, “I use to always turn to drugs when I was feeling a certain way,” I started to cry.

Like DMX, my brother dealt with his mental health issues through self-medication. He’d struggled since his teenage years and got caught in a cycle of addiction and incarceration. I’d moved from Chicago to New York, and then to Los Angeles, and he lived in Michigan. As a result, when he took his own life in 2006 at the age of 41, I hadn’t seen him in a decade.

We sometimes talked on the phone and I’d listen as he’d swing between spouting grandiose plans for his future and being angry and depressed about his present. I couldn’t tell him that things would get better. After all, he was a black man with a criminal record — minor crimes to be sure, but a record nonetheless. When he killed himself he was living in the Detroit area. No one knew that the biggest economic crash in our lifetimes was about to come, and Detroit was feeling the pain first, which was why he and so many others couldn’t find jobs.

I know I may shock some people by being so honest about what happened to him. We’re not supposed to mention in polite company that we have family with drug problems, with mental health issues, who’ve been incarcerated, or who’ve died by suicide.

My first experience with just how uncomfortable people are with suicide took place when I was at LAX, headed home after that first tearful phone call from my dad. The TSA officer gave me an extra special security pat down, and I could see him taking in my bloodshot eyes, shaking hands, and generally disheveled appearance.

Sure enough, they had me speak with a second officer who began grilling me about my last-minute ticket purchase to Chicago. I broke down sobbing and blurted out that I’d just found out my brother had died by suicide and I was going home for his funeral. From the look of horror on the officer’s face — and his subsequent demeanor — you would’ve thought I’d announced that I was infected with one of those viruses that turns everyone into zombies. I was quickly shooed away. 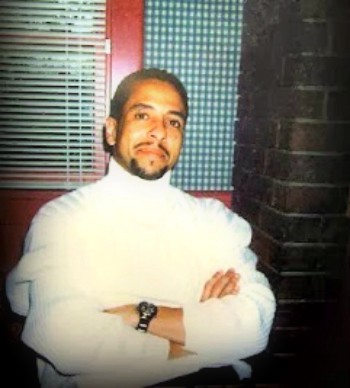 Nowadays when someone asks me, “Do you have any siblings?” I refuse to lie and tell them that I only have a sister, even though I know that the subsequent socially polite questions are, “Does your brother live in L.A., too?” or “What does he do?”

I respond that he passed away a few years ago. They offer their condolences and often ask if he died young or if it was unexpected. I answer honestly.

Sometimes people say, “I’m sorry for your loss,” — which is perfectly appropriate.

Sometimes people ask, “What happened?” One of the misconceptions people have is that suicide is triggered by one isolated event. However, mental health stress builds up over time — most people who decide to take their life have been thinking about it for awhile. That means that if they get help, they might be able to better cope with what’s going in their lives before they get to a point of extreme distress.

I’ve also had folks react by pretending that someone is suddenly calling them on their cell phone, or they excuse themselves to go to the restroom. Or there’s an awkward pause and they immediately change the subject. That kind of reaction is to be expected, too. People are generally uncomfortable talking about death, and suicide is such a taboo topic. The taboo stems from religious beliefs that the soul of a victim is forever damned — they’re going to hell and there’s no redemption for them — and that make us especially reluctant to have real conversations about it.

That reluctance is particularly dangerous for African Americans since black folk are disproportionately affected by issues that can trigger mental health problems: Nearly half of homeless people are black — one-third of us live below the poverty line. Around 40 percent of children in the foster care system are black, and we’re 40 percent of the incarcerated population. But, we’re less likely to get help.

When your ancestors survived slavery, Jim Crow, and the everyday stressors of racism by turning to their friends, family, and faith community for help and advice, there’s considerable pressure to deal with your problems in the same way. If you go see a therapist, you’re admitting you’re so “crazy” that those other avenues of support can’t help. Who wants that? 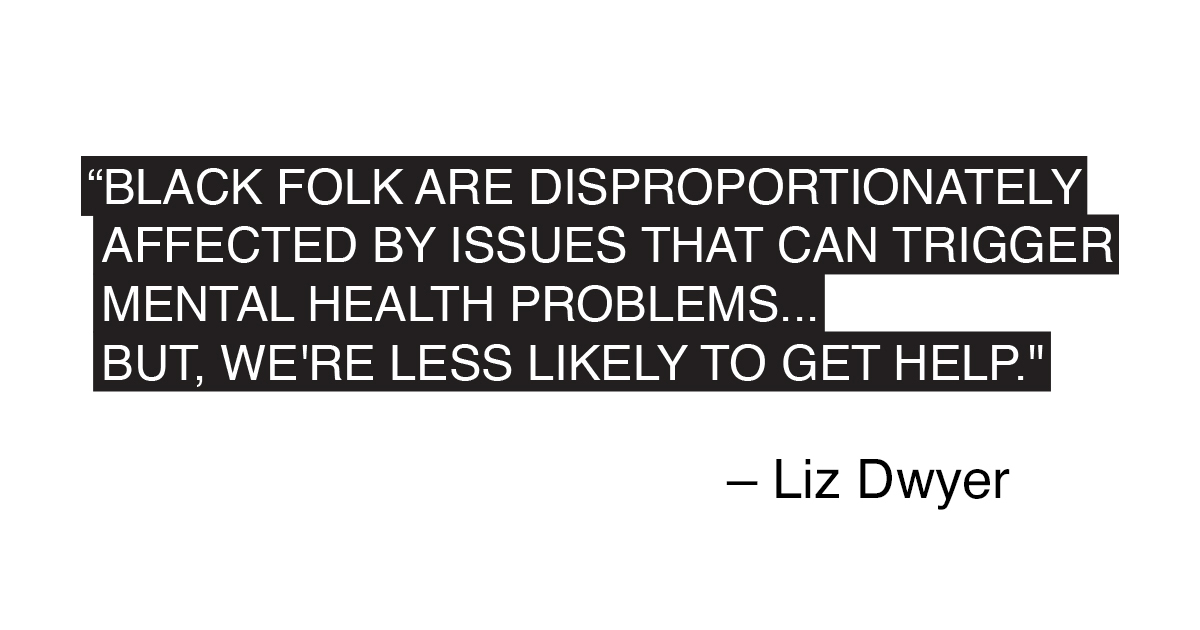 And, thanks to the Tuskegee Syphilis Experiment, many black people still have an ingrained distrust of health care professionals. From 1932–1972, the U.S. Public Health Service told hundreds of low-income black men living in Tuskegee, Alabama, that they were getting free healthcare when they were actually not being treated for syphilis. Black Americans grow up hearing about this experiment, and our mistrust is cultivated further when we see teachers and school psychologists disproportionately labeling our children as emotionally disturbed or needing special education services.

A lack of access is also an obstacle. Just like many black communities — and communities of color in general — are food, book, and healthcare deserts, they’re devoid of mental health providers, too. When we do find a therapist, we may have to drive to the other side of town to see her. If the therapist isn’t black, we have to teach and explain the basics of black life and culture, and correct racist assumptions. In my brother’s case, the racism of therapists was a serious hindrance. Back in the 1980s, when my parents first sent my brother to therapy, he was told that he was confused about his identity — my parent’s interracial marriage was the real problem in his life. Having to pay the therapist while we’re providing this racial and cultural education starts to feel like an expensive waste of time.

These realities make prevention a challenge, but the truth is we need more education and honest conversation. Suicide is a genuine public health issue. According to the Centers for Disease Control suicide is the 10th most common cause of death in America. About 30,000 people die by suicide every year — more people than by homicide or HIV. And, National Institute of Mental Health research shows that, like my brother, around 90 percent of those people were clinically depressed or suffer from another mental health disorder or substance abuse.

If all of us who have lost loved ones to suicide — particularly those of us in the black community — speak up, we bring the pain out of the shadows and make it easier for our peers who may be afflicted with mental health challenges to ask for help. Every day I think about how much pain my brother must have been in — how much emotional and spiritual pain — and I wonder if therapy could have helped him. I’ll never know the answer to that question.

Versions of this post originally appeared on Medium and at Los Angelista.

You will face barriers, whether it’s language, culture, or perspective, but barriers can be broken through communication.

My Journey With Spirituality: Believing in Love

I had to step away from spirituality to understand this lesson. I had to separate myself from something that was telling me that I wasn’t enough.