A few months ago, I was at the store and I caught myself staring at a person with trichotillomania. I know it’s rude to stare. I really didn’t mean to. It’s just that it was obvious they had trich. They were missing most of their hair and weren’t even wearing a hat or wig to cover it up. And… it was my first time seeing someone, just like me, out in public.

For those of you who might not have heard of it before, trichotillomania is a mental disorder that causes a person to compulsively pull out their own hair. This can be hair anywhere on the body—although the scalp, eyebrows, and eyelashes are the most commonly affected areas. For me personally, my pulling is focused on my scalp. In other words, I, as an 18-year-old girl, have a buzz cut, and bald spots that take up approximately half of my head.

Learning to live with this condition has been an adjustment, to say the least. Before I decided to give myself a buzz cut, my pulling was so severe that it would often disrupt daily activities: I would get so caught up in pulling my hair that I would have to put down whatever book I was reading, or schoolwork I was trying to get done. In addition to making it harder to do things, it also made me achingly insecure about my appearance. I constantly worried that people were watching me, and couldn’t stop wondering what they were thinking when they saw me. With all that said, it shouldn’t come as a surprise that I was intrigued to see someone with the same condition out in public.

Not only that, but they looked amazing. After a minute of just watching them, thinking about how cool it was that they could look so good with hair like mine, I realized I’d been staring. I looked away, blushing and silently scolding myself.

Because if there’s one thing I knew, it was how much it sucks to be stared at for how you look. During that time, I’d stopped leaving the house without a hat. The only photos I posted online anymore were of me wearing a wig or taken from just the right angle to hide bald spots. Even then, I always worried that people were noticing my hair, staring at it, and judging me for it. 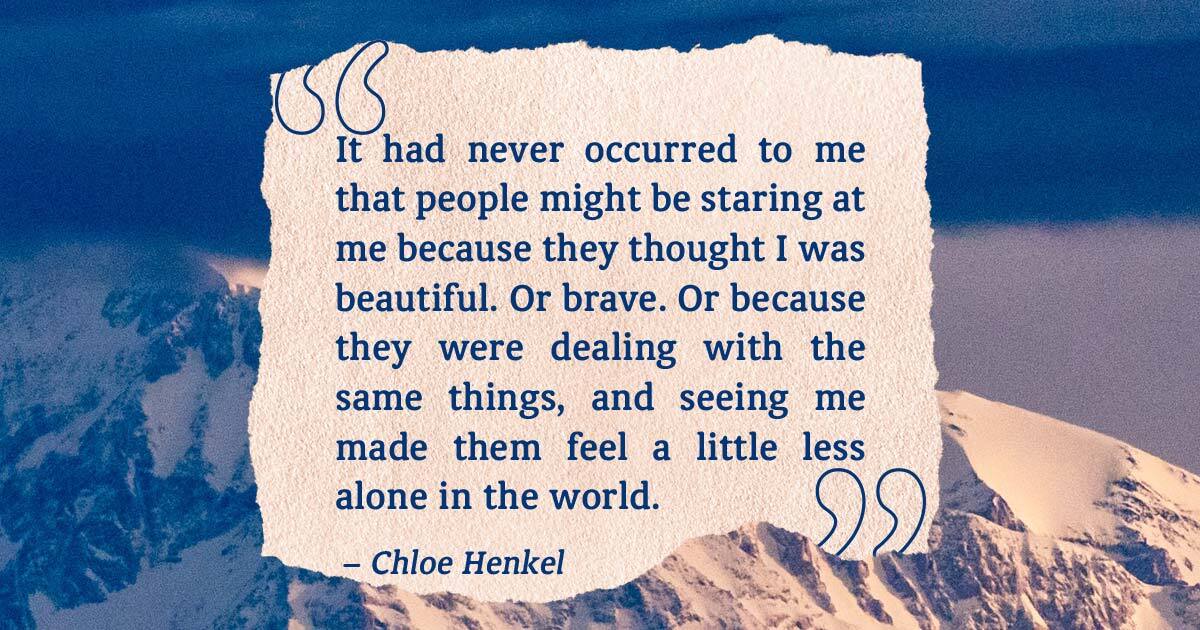 A few months ago, I was at the store, and I caught myself staring at a person with trichotillomania… And I realized something that changed the way I feel about being stared at. Whenever I caught people glancing at or noticing my hair, I’d always assumed they were judging me. Thinking I was weird, freakish, maybe even contagious.

Now, it’s something I remind myself of whenever I start to worry that people are noticing my bald spots. I know that not everyone who gives me a second glance is kind or educated on trich. But now I know that some of them are—which is something I’d never stopped to think about before.

Anyway, if you have trichotillomania and you’ve caught me staring at you: I’m sorry. I know it’s rude to stare. And I really didn’t mean to. It’s just so hard not to when I see someone as beautiful as you.

If you or anyone you know are struggling with trichotillomania, or any other mental disorder, you’re absolutely not alone in it. Please reach out to a doctor, therapist, or other mental health resources for help. And, for more info on BFRBs (Body-Focused Repetitive Behaviors, such as trichotillomania, dermotillomania, etc.), please go to www.BFRB.org.

My Therapist Tried to Give Me Carrots: A Reflection on Mental Health

On therapy, medication, and silencing shame.