Every now and then, a song finds you like a friend. It ends up on repeat and becomes more than just a soundtrack. It ends up a North Star, a reminder of something true, some dream you used to dream.

It feels a bit silly, or impossible, to explain it. Why it moves you, or how exactly. But it does and so, for a season, it’s the only song in the world.

This was my experience recently with Ben Howard’s song “The Fear,” specifically the bridge inside the song.

“The Fear” begins upbeat and the first verse leads quickly to the chorus, that chorus a confession.

“I’ve been worryin’ that my time is unclear.”

“I’ve been worryin’ that I’m losing the ones I hold dear.”

Two and a half minutes in, the song changes. It breaks before it builds.

He sings it five times, for sometimes once is not enough.

You deserve that dream you used to dream, the thing that’s true inside it.

All of the above inspired our new shirt. i reached out to my friend Gabe who lives in England. It turns out his brother works with Ben Howard. His brother said Ben would love to let us use the lyric. My friend Ali brought it to life. We made one for guys and one for girls. The lyrics to the song are printed inside. You can find both in the TWLOHA Online Store.

Peace to you. And a huge thanks to Ben Howard for allowing this to happen. 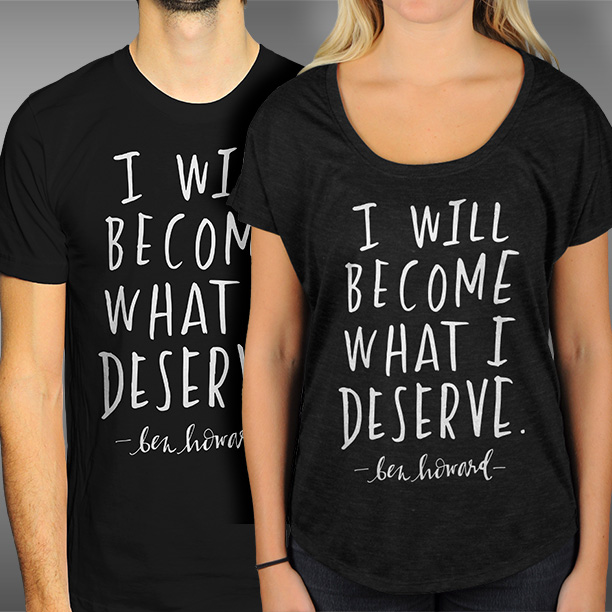 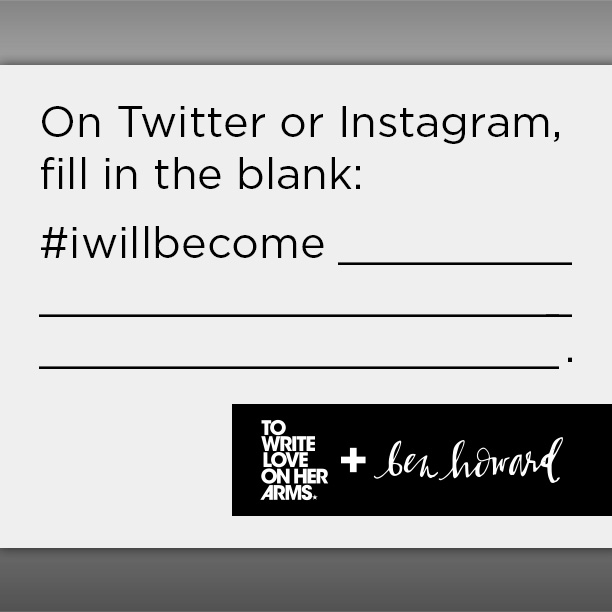 You Do Not Need to Earn Love