With the new year approaching, we wanted to spend the month of December looking back on the top 8 blogs of 2017. This post was originally published on May 1, 2017.

I wanted to disappear. I didn’t want to endure another struggle. It was all too much. I simply wasn’t designed for this. I had been strong enough before, but not now. No, now was different.

I told myself that hope had to be a lie, just like being optimistic was a ridiculous notion.

The only truth I believed was that not being alive was the only way to reach peace, to obtain permanent relief.

A year ago, that was my truth. But now I know that was the ultimate lie.

Depression isn’t just an all-consuming sadness; it’s numbing too. When I was depressed, I grew numb to the highs and lows of a normal day. The good moments failed to lift my mood; while the low moments tended to feel stagnant. And even worse than being numb to my own emotions, I became numb to those around me.

In the rare events I found the courage to speak up and talk to my husband about what I was experiencing, he would speak the reality of the situation, but I couldn’t get myself to believe his words. When he told me he would much rather have me in his life — no matter how broken I felt — I looked at him with disbelief. How? How could he possibly feel that way? I was a burden. I would always be a burden.

Everyone was better off without me. I felt I had nothing left to offer, nothing left to give anyone around me. When I did feel something, it was always negative in nature. My energy sources were depleted, leaving me unable to love myself and others.

And yes, all of those feelings were real to me, they were valid feelings — but they weren’t the honest truth.

When I tried to end my life I never thought about how it would affect my husband, my family, or my friends. And that lack of consideration wasn’t meant to be selfish — it was quite the opposite. From my skewed perspective, I saw the finality of my existence as a way to stop the hurt I thought I was causing. I knew the immediate loss would sadden them, but I was certain they would get over it. My ability to understand how my actions would alter their lives was temporarily, yet severely muted by the illness. The existence of love seemed ultimately fake. I thought they would be able to move on knowing that I wasn’t suffering any longer. But that was the depression thinking for me.

Depression is a liar.

It twists your thoughts against you.

It makes the ground you stand on seem unstable.

The illogical becomes the truth.

I know that now. And now that I do, I want you to understand this: If you are in the pits of depression, if you are suicidal, if any of the above spoke to you, depression is lying. 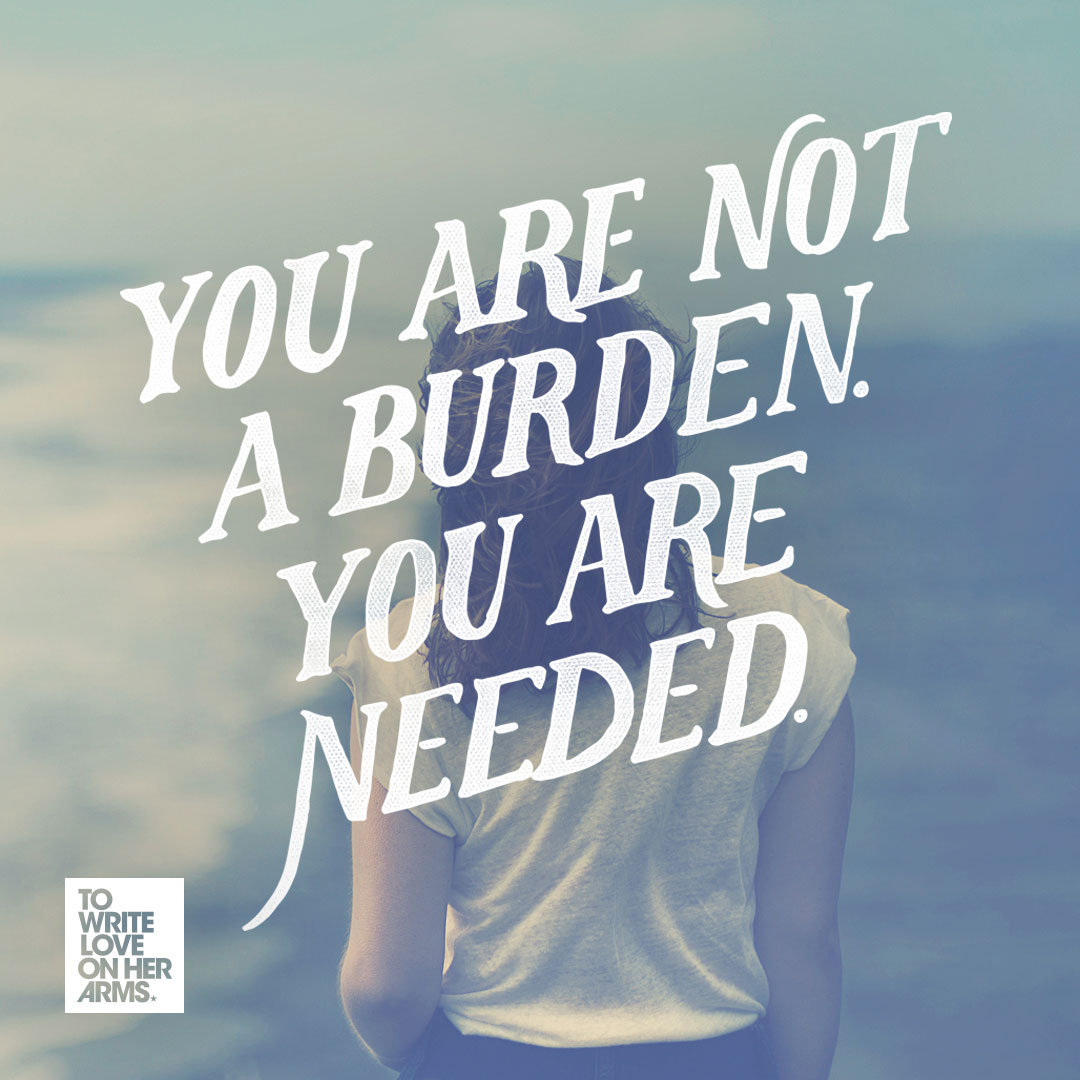 Even now, depression may be telling you that everything you’re reading is false — don’t listen. Relief is coming in this life. And while recovery may be a slow path, you will eventually reach a point where you are no longer controlled by what you’re struggling against.

You can and will survive.

You will find your truth again.

You will find yourself again.

Michelle also runs an Etsy shop where she sells “handcrafted decor with a purpose.” 10% of every purchase is directly donated to TWLOHA!