Storytelling is fascinating. The narration, the topic, the shaping of words—all of it creates a narrative and conveys a message.  Each can be used to present vastly different views of the same thing, the same person. How we tell our stories can present varying perspectives of how we exist.

I’ve become acutely aware that this is also true of our experiences with mental health. There are a number of ways I could share my story of mental illness, each showing a particular version of my journey.

To tell my story of living with skin picking disorder is to tell of a pained little girl who once hid within her clothing and avoided life, ashamed. Comments about the state of her skin made her question what was wrong with her. She begged for a cure to free her. She tried to desperately get people to understand what she was going through as if that would make everything OK.

She awakened to the knowledge that people’s understanding had no bearing on her well-being or worth. She learned that she could be just fine even if the skin picking persisted, even if people continued to make comments, and even if someone’s eyes lingered just a moment too long on her scars. You’d see the disorder lose its hold over her to make way for a peaceful coexistence. The hiding child covered in wounds became a woman standing freely in her imperfect skin.

To tell the story of my anxiety is to share of the girl who once kept her mouth shut and never risked anything for fear of being burned. Every little misstep set her cheeks aflame with embarrassment and furnished a certainty that she had become instantly unlikable.

The thought of being present, the sheer act of existing, sent ice through her veins and consumed her waking thoughts because surely she would make a fool of herself or do something wrong. Surely she was taking up space that wasn’t hers.

The young girl who once hid from life has transformed into a woman who fights back against the roiling in her gut, the shaky breaths, and the chaotic thoughts. Some days she puts the anxiety in its place, speaking out to share her truth and own her place in the world. Others, the battle is tougher, but that’s OK, too.

It’s a work in progress.

To tell the story of my depression and suicidal thoughts is to plunge into darkness. The negative self-talk and monstrous images exist with a resounding, never-ending echo. This also started with a young girl who was scared, alone, and certain there was no future. No tomorrow.

Looking at this part of the story is to see the young girl grow into a woman who has been to the brink of existence, stepped away, and continues to return to the precipice.

It’s the story of someone who has won and lost at the game of silencing the thoughts that say death is the answer. It’s recognizing that she’s stared death in the face more times than she can count while still refusing to accept its offer to stop the drowning. It’s watching hope flicker in and out of existence. It’s living breath by breath because anything more is insurmountable.

The end is often unclear.

Presenting these stories separately creates three unique images: the one healed, the one fighting back, and the one struggling to survive. While they’re each their own separate narrative, they’re also part of the same whole: me.

They fuel the act of reconciling how a big part of my being can be calm and at peace while another part is in near-constant turmoil. It can feel like a lie to share the healed part of my story when my thoughts could at any moment take me back to the edge demanding that I reevaluate if life is worth living.

To some degree, we think of mental health as an all or nothing. We’re either in overall turmoil or we’re recovering across the board. It can be difficult to find space and grace to allow an array of timelines and processes for and within ourselves to unfold.

It’s important to recognize we’re all multi-faceted. There’s no one uniform picture for us and learning to accept our circumstances is an ever-changing experience.

It can be a challenge, but it’s OK to live with the layers of who we are and how our lives have developed. There’s no shame in being messy.

One portion of my story is no less authentic than the other. I’m still working to convince myself I’m not lying about who I am as a person when telling one part of it over another. They’re different, yes, but they’re all still mine.

It’s all still me. 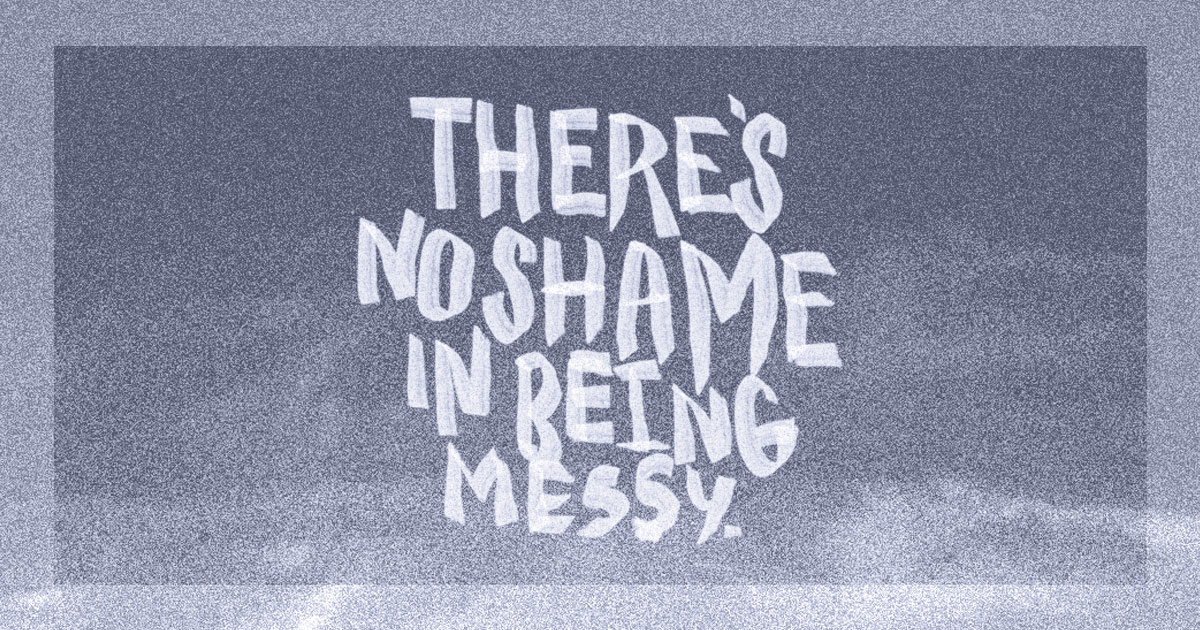 Joy—In Spite of It All

Let us not forget that joy, laughter, and connection are also incredibly transformative medicines.