This is the reality I was faced with when beginning to research my diagnosis. These characterizations are so deeply internalized not only by society but by the very physicians who care for these patients. In today’s world of healthcare revolutions where we achieve breakthroughs in understanding the nature of disease at an unprecedented rate, you would think a condition that claims the life of one in every ten people inflicted with it would be a crisis that the world would urgently try to address. But where science and reason would normally be a guiding light of logic and reassurance, an invisible line still exists where acceptance ends and overt prejudice begins. This is why I felt as though I was thrust into a self-fulfilling prophecy when I was diagnosed with borderline personality disorder.

Living with borderline personality disorder (BPD) is like having the volume of your inner-dialogue on full blast—but the narrator is your greatest enemy and the controls are broken, so you can never turn it down. World-renowned psychologist and fellow borderline Marsha Linehan described those with BPD as “people with third-degree burns over 90% of their bodies. Lacking emotional skin, they feel agony at the slightest touch or movement.” I understand that my emotional responses are often not logical, but I didn’t choose to feel too much, just as I didn’t choose to experience the trauma that seems to have shaped much of my life. There have been so many times that I have willed myself to “be reasonable,” but as hard as I try, I see only in black and white. Feel only in absolutes. I am despondent or euphoric, but never just okay. Never content. Never still. I long for a future where I am able to see and feel in shades of grey, but that isn’t something I am capable of yet.

Regardless of my compliance with these circumstances, these were the cards I was dealt. My diagnosis shook the very core of who I thought I was as a person. In my mind, I was no longer myself: the mental health advocate, the leader, the unapologetically kind friend with an unrivaled (and often debilitating) sense of compassion. My diagnosis was reassuring in the sense that I had a name to put to what I had experienced for years, but it simultaneously robbed me of everything I thought I was.

Coming to terms with a diagnosis of BPD was incredibly overwhelming but doing so at the same time as transitioning to life as a medical trainee seemed impossible, largely because of the crushing stigma that continues to persist among health professionals. Sprinkle in a bit of ADHD, a dash of major depression, and a pinch of generalized anxiety disorder, and I seemed to have found the perfect storm. As a society, we have made incredible strides in speaking more openly about mental health, with so many brave souls being able to openly share their experiences with mental illness. But in this era of increasing mental health awareness and advocacy, it often feels as if you can share your story and advocate for change as long as you’re not “too sick,” leaving some of the most vulnerable and desperate people fighting through their issues to fend for themselves in isolation.

Although I am acutely aware that BPD may very likely be something that I never fully recover from, I am working to no longer compare my recovery to others and avoid the impulse to minimize my own successes and accomplishments by contrasting them with what I believe to be “normal.” There is no such thing as normal. Each and every one of us is simply trying to navigate this life to the best of our ability. Living looks different depending on the person, but that doesn’t mean one way or the other is bad or wrong. Living with BPD means that just as I feel minor disappointments and sadness as unimaginable grief, I show love and hope with this same passion. With these realizations, I have begun to adjust the perceptions I have of myself and my illness, attempting to create a more realistic picture of what life and healing will look like, while also ensuring that I extend the same compassion I have for others to myself. 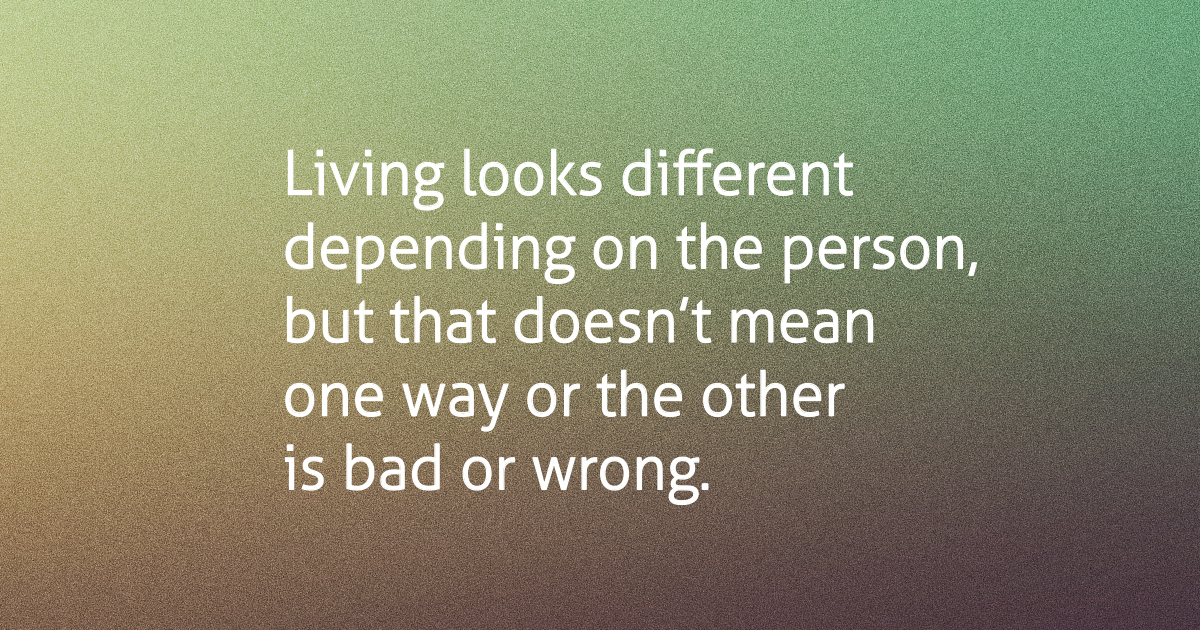 When it comes to mental health, especially depression, men statistically are far less likely to let it be known when they are struggling, and even less likely to reach out for help.

Seeking help for mental illness doesn’t have to be shrouded by deafening silence and a thick veil of shame.