I used to wonder a lot about depression and suicidal ideation. For instance, being depressed doesn’t mean you’re suicidal, but if you’re suicidal, then how are you not depressed? And yet, I never felt valid enough to call what I was feeling depression. It didn’t fit. All of the stories I had heard and read about detailed the lives of people with depression as those who couldn’t get out of bed in the morning, were prescribed antidepressants and went to therapy. Thus, I decided I couldn’t be depressed, because I could get out of bed, I didn’t need medication, and I enjoyed socializing.

I was 11 when I realized I was suicidal. Even then, I knew I was suicidal before I knew I was depressed. I’d go to school, have something frustrating happen—anything—go home and vent about it in my diary, cry, sleep, wake up the next morning and repeat. I didn’t think I had it as bad as everyone else seemed to, so I never spoke up. But in my freshman year of high school, I broke down in the middle of my honors biology class and finally went to the counseling office and admitted I thought about killing myself.

For about a month after, I saw a counselor. One day, though, on a car ride home following a session, one of my parents yelled about the fact that I was seemingly more comfortable talking to a stranger than to them. My guilt ballooned and I stopped going. I pretended it was just “a phase” and everyone bought it.

I understood why they were frustrated. Part of their reaction derived from our Asian culture: family is the first priority, oftentimes followed by education and religion, albeit not necessarily in that order. I could see the reasons for their upset, but still, it hurt. And yet, just as they had, I ultimately blamed myself for not finding the courage to talk to them.

It wasn’t until the next year that I made the decision to return to therapy on my own terms. I met with a licensed therapist through a school program during the day without needing my parents’ permission. For an hour each week, I spilled the thoughts in my head. Eventually, we reached the topic of stigma.

Stigma was not a new word to me. But it was never more than just a word—until my therapist brought it up. And just like that, everything clicked. 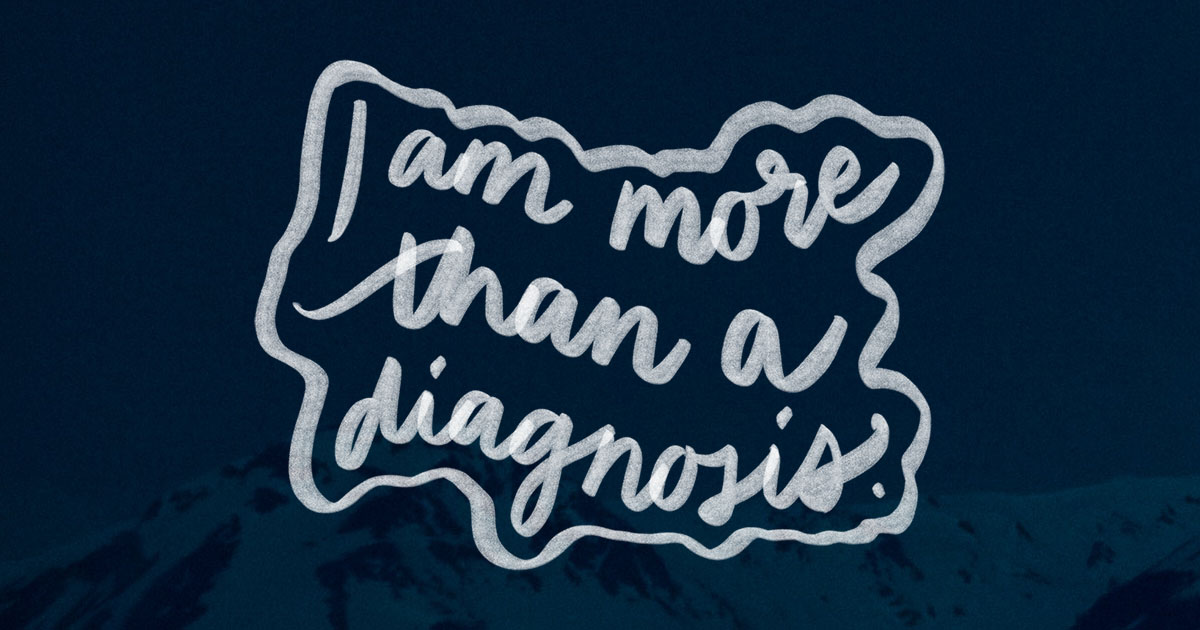 But society needs justification. We don’t believe anything without proof, without testimony. We uphold stigma because, in order to break it, you have to use it.

So although I may not want to talk about my mental health, I am because I can, and maybe because I have to.

I used to be so intrinsically opposed to telling other people about my mental health out of fear that it would define me. I worried it would spiral my being into a character that wasn’t me, that was labeled strictly by her struggles. But I won’t let that deter me any more than it already has.

I have anxiety and depression. I’ve struggled with suicidal ideation. But I’ve learned that I am more than a diagnosis, and I don’t have to pick between labels—I can be battling anxiety while still graduating high school with recognition for academic excellence. I can deal with depression while still being social and not reclusive. I do not need to be tiptoed around; I am not a ticking time bomb. I’m a person. People aren’t one-dimensional, and the sooner I feel I can be treated like everyone else despite my struggles, the better.

It’s the refusal to acknowledge the spectrum of mental health that hurts more than anything else. But by talking about it, I hope others realize they are more than their struggles, too, and in turn, break the stigma around mental health.