This piece discusses the topic of addiction in detail. Please use your discretion.

May 20, 2018, seemed like another ordinary day. It was a beautiful spring morning; the sun was shining, and I sat in its warmth in our front room and played guitar. As I took a much-needed soak, my wife came in to talk to me about an art expo she wanted to enter in the city, and what it would take to get ready for it.

The night before, I had spoken to my son Brian, who had just started a new job at a pizzeria. He had even bought himself an electric bike to get there. This was the second job he had picked up, he did best when he stayed busy, something to which I could relate.

You see, Brian was a sensitive, kind, temperamental, and giving kid. He was also a risk-taker. He liked football and fast cars but also loved sad movies and songs with depth. He liked winning. He liked being just above the ability to fully feel pain. He liked getting high. These days, addictive substances are everywhere, some more obtainable than ever. Heroin was my son’s substance of choice. He’d been through a lot in his short life; grappling with childhood hurt brought about by his mother’s and my divorce, watching his beloved grandmother die from cancer, feeling overlooked in the midst of strained family relationships, dealing with an abusive stepfather who was also an addict…he saw himself as an outsider, alone and in the cold. He thought his new friend heroin would take the chill off, and be a cure for his emotional pain.

A while back, Brian had been at a girlfriend’s house and went into the bathroom—10 minutes later, she knocked on the door, no response. The police came, kicked down the door, and found him unresponsive. They administered Narcan, and as his eyes opened, he wanted to know why everyone was there, and why he was being transported to the hospital.

Stupid, hardly. Sorry, definitely. When I called him a few days later to convince him to get help and enter rehab, a tidal wave of emotion came over me, something I hadn’t really felt since the day he was born. I tried hard to temper my feelings, to keep calm so he could keep calm, and pacify us both. Today was different, though. I said without thinking, “ I’m saying goodbye to you, Brian. It was nice having you in my life and I’ll never forget you.” He got quiet, and whispered, “I’ll go, Dad, I’ll go.” I hated to say something like that to him, but I felt so much relief that it had worked. He stayed with me until I could find a place to accept him. By divine grace, it was only a week-long wait. I drove him out to begin his treatment. 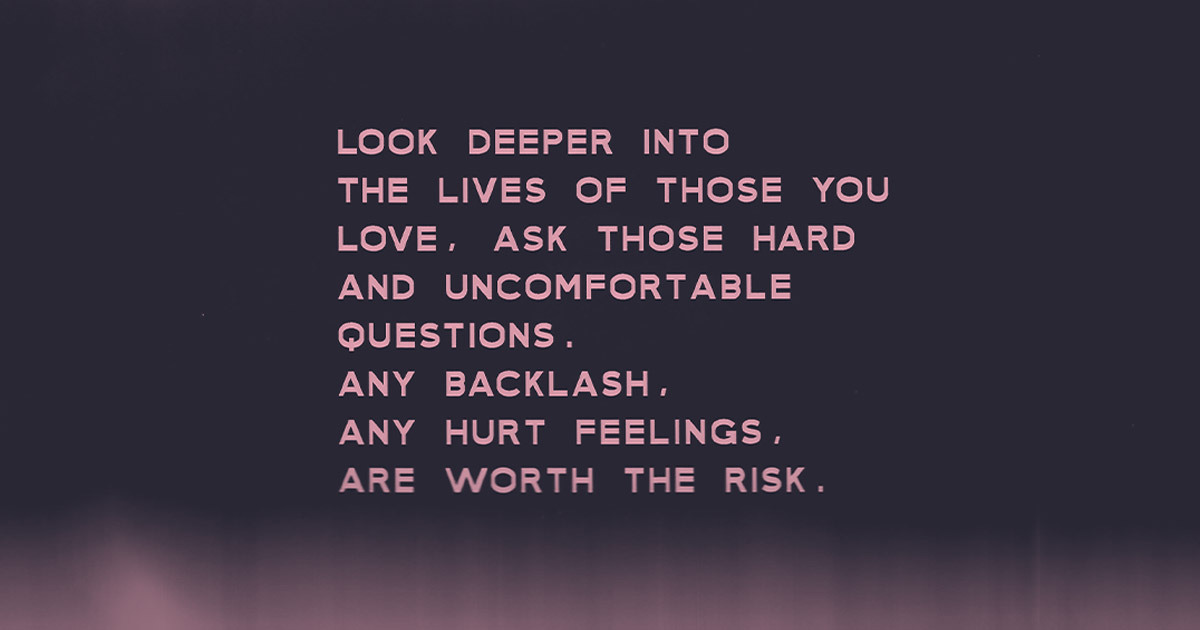 This was a hopeful time that brought relief—I knew where he was. I felt safe, selfishly safe. Brian was there for 30 days and the first 10 were what they called “blackout days”—no contact with anyone on the outside at all. This was hard for him, as he was always welded to his mobile phone. After the blackout days, we would meet on Saturdays in a common area of the facility. It felt like visiting a prison, but still believed he was safe and on the right path towards sober living. He gained weight and finally didn’t look like a heroin addict. There was life in his eyes again. He handed me a letter he’d written in a sealed envelope and asked me to bring him a carton of smokes. It’s a funny thing how one extremely dangerous heroin habit can shrink the perceived severity of bringing your child a carton of cigarettes. He was on what looked like a brighter journey. He was medicated with Prozac, and I noticed he was less compulsive.

In Brian’s final days of rehab, a social worker contacted me about getting him placed into a sober-living halfway house (he thought he was going home but the rehab system is designed to offer a slow approach to getting the addicted back into everyday with support from the experienced). I have to say it was working for him; Brian was there for another 30 days and then got that job at the pizzeria down the street.

Being a recovering addict is like a daily walk down a fragile walkway; old friends are always around, some are addicts themselves, and the temptation to stray into that familiar world of warm numbness is ever-present. He loved food, and he would always tell me about his day as I happily, but cautiously, listened for any cracks in his story that might indicate he was using again. Of course, he said all was “perfect,” until I got a call from the owner of the house in which Brian was renting a room, saying, “The police broke down the door because your son overdosed.”

This was a relapse, but he was alive, an expected event for some on the path to sobriety.

We can blame the addict. We can blame the parents. We can blame society. And all could probably share in the culpability. But, the real blame lies with the drug itself, the poison that makes the user feel good as it kills, the ravenous predator that devours your soul, never giving the person satisfaction as he or she succumbs to the darkness. It lurks in the background of what we perceive as normal life. The fact is, that the war for someone’s life is often fought alone and lost quietly, as loved ones mourn on the sidelines.

I’ll never forget that fateful May 20th, that day that began in such an ordinary way, when my son’s addiction finally took his precious life.

Look deeper into the lives of those you love, ask those hard and uncomfortable questions. Any backlash, any hurt feelings, are worth the risk.

Brian Mackey is a singer-songwriter who lost his son and namesake, Brian, to a heroin overdose. His most recent single, “Saturday Night Sleeping,” was released in tribute to his son and to raise awareness. Listen here.

I Didn’t Get Sober Because It Was a Trend

Eliminating drinking alcohol for four weeks does not equate to recovery—or understanding the challenges of recovery for that matter.

Sobriety, Introspection, and the Problem With Resolutions

Most of my “ideals” or things folks call “resolutions” around this time of year aren’t actually what I want for myself but are what I assume others want for me.