This piece discusses the topic of suicide and contains specific details that could be triggering to some. We ask that you use your discretion.

“How does Yoko Ono live the rest of her life without John Lennon?” I Googled desperately in the wake of my beloved boyfriend John’s suicide. I couldn’t fathom living without him. I needed to know how she’d gone on. Trudging along through all those hours, days, weeks, months, and endless years with that aching pain of missing him. What made her life—and my life—worth living without John?

On a dark morning in early November 2008, my then-boyfriend laid down on the Cal train tracks in Mountain View, California, allowing himself to be struck by an oncoming train. It would take me years to process and understand what led to his suicide. Eventually, I came to grasp that he suffered from several risk factors that can lead to suicide, such as suffering from narcolepsy, having been physically and sexually abused, and taking antidepressants—which he’d started the week he died.

In the wake of his suicide, I became suicidal, a common side-effect of surviving a suicide. My grief was unrelenting and dislocating. I wanted to join him in death, and yet I couldn’t fathom leaving those I loved. I was stuck in my own existential prison, wanting to die but morally bound to stay in my body, desperately ruminating about how I would get through the rest of my life without my true love. This was why I turned to Yoko Ono for answers, but I didn’t find anything she’d written on the topic. Perhaps if she’d gone through the death of her beloved in the era of social media, I would have found more.

In seeking solace, I worked with a shaman in San Francisco from the Burkina Faso lineage of Malidoma Some. Her guidance was to write a book to help others going through something similar. To that end, I began writing emails to John and sent them to his defunct email address. I recounted our story like an investigative journalist looking for clues as to how this violent suicide happened right under our noses (we were a huge community of psychologists and healers in the Bay Area) when John was seemingly the most warmhearted and loving individual, often compared to Jesus by friends and even the pastor who spoke at his funeral.

It’s a cliché, writing a book to get through something so epic, but it accomplished exactly what I needed it to. It was therapeutic, giving me a structured, non-human outlet for my despair. Writing also helped keep the conversation with John alive, at least for a while, before I was ready to let it go.

Mostly, I wrote to transform my relationship with death, using John’s suicide as a catalyst to shift seeing death as a terrifying void that needed to be prevented at all costs—as our Western culture and medical system so rigorously advocates—into an alternative, comforting, and spiritual choose your-own-adventure after-party of sorts. Having ownership of my own after-death narrative was empowering and healing, especially since, in my own imaginative death space, I would be reunited with my beloved. An after-death reunion with John was my biggest meaning-making golden carrot that got me out of bed on my darkest days and inspired me to weave some sense of life purpose out of my trauma.

As the years of writing and rewriting went on, my grief abated, my will to live grew stronger and my broken heart mended. The act of writing and reliving those dissociated years of sorrow suddenly felt burdensome rather than empowering, a noticeable shift. I wanted to play, to laugh, to live, and to be carefree for once. I dabbled with the idea of getting my manuscript published, but when I submitted my work to a few agents and publishers, they all told me no one was interested in reading about suicide. It just wouldn’t sell, they said.

So in my mid-thirties, five years after John’s suicide, I dropped the manuscript, giving up the discourse of suicide altogether, both personally and professionally. I filled my time with lighter pursuits—partying, exploring altered states of spirituality and shamanism, improv classes, Burning Man, and the general smorgasbord of “light and love” fueled activities. Nothing heavy, nothing too significant, please. I was making up for the lost time I’d spent in the dark.

Then the world changed post-election in early November 2016, collectively catching up to the darkness I had lived through and later sought to avoid. All of a sudden, it seemed the things that ail our country started to be unleashed, though their tendrils had been growing outward for some time.  Social media addiction and toxicity, gun violence, and threats of terrorism and war all seemed to escalate as our country became more divisive and hostile, complete with public displays of rage and hate. 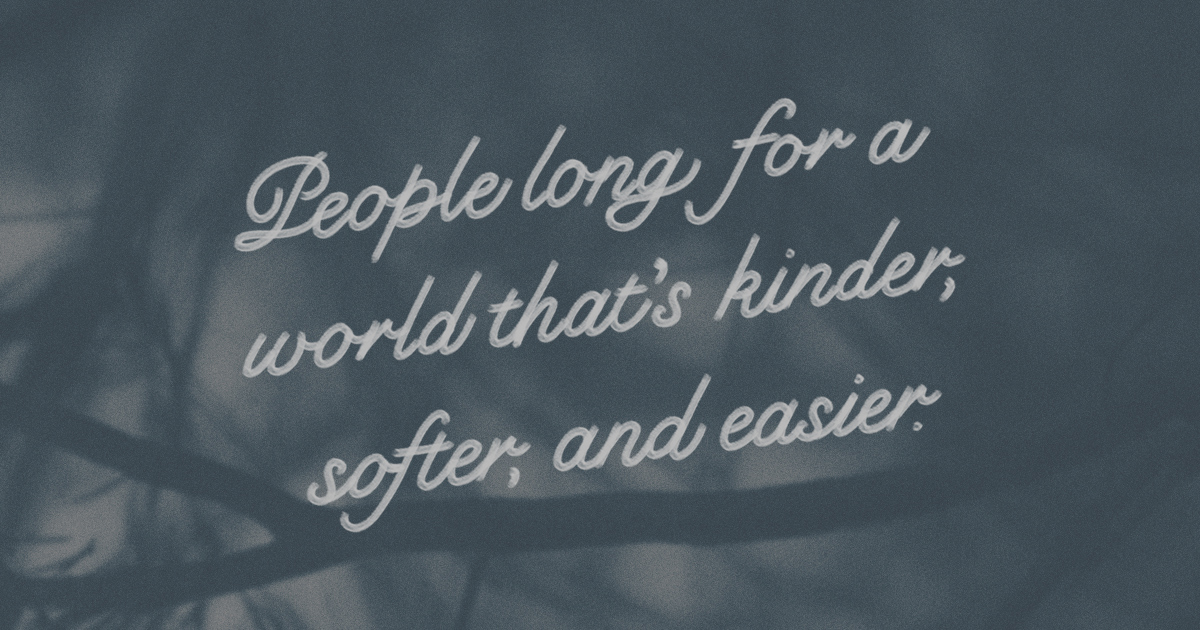 While the CDC statistics have only documented suicide rates up to 2016 (indicating a 33 percent increase in suicide-related deaths, especially amongst young people), reported rates show continuous increases in the past two-plus years; and celebrity suicides have dominated the headlines more than ever before. To me, there seems to be a correlation: more of us are considering suicide as a viable exit strategy, especially millennials. People long for a world that’s kinder, softer, and easier. The fantasy of an afterlife can often seemingly (and mistakenly) fulfill that longing.

Upon hearing about the suicides of Anthony Bourdain and Kate Spade my heart sunk, and I cried for the heartbreak of their friends and family, knowing all too well the road ahead for them in making sense of these deaths and how to heal. It was then that I knew I had to get serious again, to finish my book and share the knowledge I’d gained through ten years of living past John’s death. The urgency in the collective to save itself was palpable and beckoning. Completing my book would be my own small way of offering hope to anyone navigating through a suicidal landscape. My book Love You Like the Sky: Surviving the Suicide of a Beloved was finally published in June of 2019.

The book documents how I managed to heal myself and move forward all the while desperately missing my ex-boyfriend and wanting to die. I now know how to get through the rest of my life without my beloved. It turns out that I didn’t need Yoko Ono’s wisdom after all, though I would have been grateful to have it. I found my way, and I’m grateful for having the means by which to share how I did it with others who might be struggling.

Dr. Sarah Neustadter is a licensed clinical and spiritual psychologist based in Venice Beach, Los Angeles, who specializes in spiritual growth, suicide survivor grief, suicide prevention, grief, loss, existential heartbreak, and millennial issues. Her passion lies in exploring metaphysical and existential concerns and helping others understand grief as an entryway into a deeper process of spiritual transformation. Her book Love You Like the Sky: Surviving the Suicide of a Beloved is available for purchase now.

You Are Not Your Thoughts

I’m no stranger to suicidal ideation. I hate calling it that, because it sounds so much more intense than what I feel, which is a passive wish to no longer exist.

There’s no way to deny it—this year is different. As we welcome May and Mental Health Month, we’re not only addressing the very thing our work centers on, but there’s also talk about a pandemic, an uncertain future, and physical distancing.

The Light is What You Need

Despite all the light that’s surrounding me, inside I feel dark.