“Give me just another day.”
“Can we wait until after the holidays?”
“I should have something coming your way soon, I mean, I’ve been thinking about it for a while.”
“I’m sorry. I know this is taking forever.”

These are just a sampling of my responses to Becky (TWLOHA’s Editor) over the past month and a half since she asked me to write a piece about Seasonal Affective Disorder. She’d reply with grace and gentle encouragement, I’d reopen some sparse thoughts in my Notes App and find a new distraction before I felt too defeated.

I remember when I used to fight my Seasonal Affective Disorder, making myself believe that perhaps anger would be more effective than nothing. After realizing that months of clenching my fists would still leave me empty-handed, I decided to quit trying to stop it. That epiphany notwithstanding, I’ve yet to figure out how to ride a tide this slow and mundane with a proper sense of self-care or properly reflective grace. I still get stuck in the cycles of belief that I can outperform the season, only to find my depression-filled inaction adding a sense of shame to the equation.

On some level, it feels silly to dedicate poetry or attention to describing this time. After all, that effort doesn’t change the fact that the shadows indeed get too long, too quickly, too early. And the triteness of calling this “SAD” (Seasonal Affective Disorder) smacks sharply. Odds are, I’m not sad. I’m something else, and that is frustrating too because I realize that just a few weeks ago I was something else. A few months ago I was more full, more participatory, more open to learning and leaning into the lives of those around me. But now, I feel too still.

With the distractions of the holidays being over, I can more clearly identify an internal shift from absorbing to observing. From what feels purposeful and deliberate to something faded, something seen through eyes-glassed-over. A soul-felt cataract. A milk-thin barrier that keeps me from interpersonal nourishment. This is a season of apologies that have been rehearsed and repeated for years, reinforcing a belief that in order to not be a burden then perhaps I ought to be left alone.

I miss the absorbing that spring and summer bring me. That hunger for views bigger than mine, the pursuit of creativity, the eagerness to add myself to the mix of something that is growing. The joy that exists because I can see clearly that something else outside of this season exists, too.

But for now, I am observing. Feeling uncomfortably unaffected by the happiness of those around me—at times even unaffected by their heartache. I feel like I am left to just take the minutes of the lives I’m witnessing.

The observing can sometimes be as tiring as the years I’ve spent fighting this seasonal disposition. Try as I might, I’ve found myself utterly unable to push the world back into a proper tilt, or pull it more quickly through these darker, colder months.

During even my best days, it’s hard to feel whole, making it all the more important to practice self-grace. If the best I can do is observe, then I ought to make the most out of these observations. Maybe it is a good use of my time to focus on what is still being made beautiful rather than to be frustrated by the lack of joy I feel. Spring doesn’t flip like a switch, it’s a gradual return to fragrance, light, and color. And a late bloom doesn’t detract from the beauty. 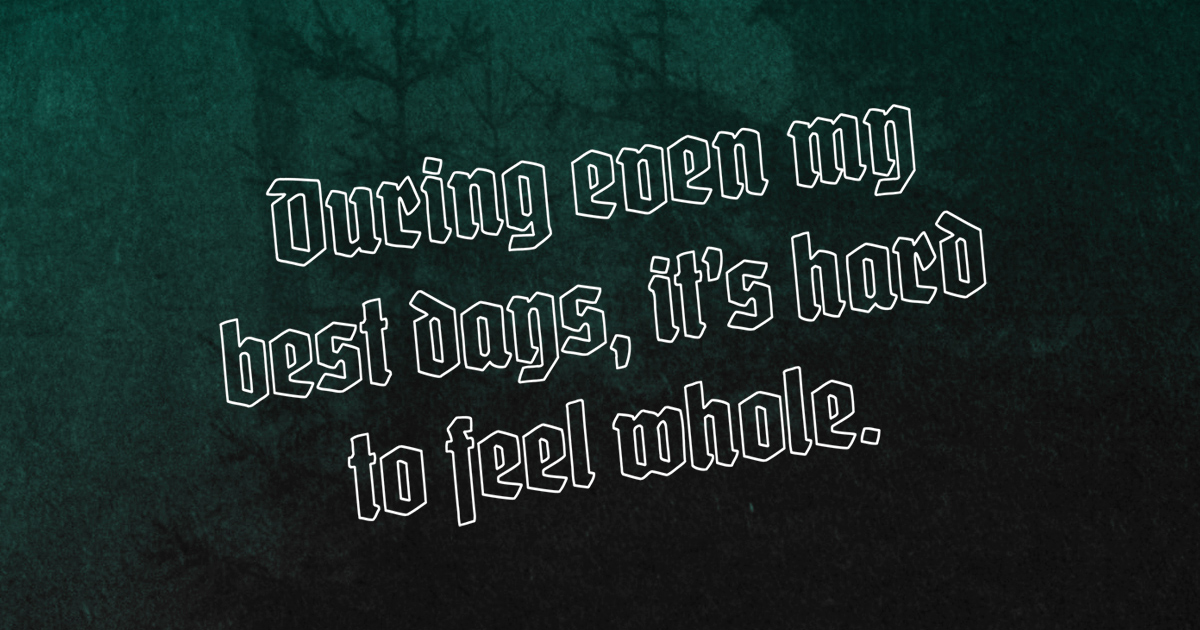 Thich Nhat Hanh told us that even tidal waves are made up of only water. Perhaps this seasonal dullness is built the same—a collection of miniature numbnesses, each more manageable separately than as a grey, lump sum. After the solstice, we gain about four minutes of extra light each week. That means that even since I began writing this piece, I’ve gained a half-hour worth of light. I’d like to think of myself as worth the fight it takes to chase down every second offered.

Time will take its time; you could say that’s all it really does. The daylight grows and wanes, ebbs and flows, changes subtly and perhaps groans from its own lack of control over the matter. And as I’ve discovered through writing this piece, I too am capable of changing—from absorbing to observing and back again, from anger to inaction to hopefully something else. Even in the scope of being Seasonally Affected, I have seen that I am sharing a reality with the very planet I inhabit. Spring happens in moments, in fragments, in secret. We don’t get to see the Earth slowly realign towards more light. We don’t get to see the ground swell with roots preparing to bloom. Our personal Springs may also take time to awaken, subtly and often undetected.

It’s the Most Difficult Time of the Year

The holidays do not need to be happy or merry to be beautiful and valuable and worthy of life. The people who love you don’t need you to fake a smile or a laugh, they just need you.