This piece talks about suicide loss and substance abuse. Please use your discretion.

I stared at the cardboard casket before me. She didn’t look the same as I remembered but I couldn’t avert my gaze from my name that was tattooed inside of a heart held by a teddy bear near her chest.  Suddenly my shallow and measured breaths were caught in the back of my throat. Everything felt so surreal, so—unfinished. I had just received an email from her ten days before and although I didn’t really understand what it meant, she signed off how she always did:  “I love you Pea Pie, Love your MOM.”

She always capitalized the letters in “mom.” Even before the age of the internet when she’d send handwritten letters, she’d write it large with lines to emphasize below. I think she did it to reassure herself that even after all the mistakes she made, she was still that person.

Twenty years ago, Sharon was a gorgeous and outgoing woman in her early twenties that my father had fallen for while they were both stationed at the same Coast Guard base in Boston. My dad told me stories of them riding on his motorcycle up the coast of New England in late summer when they were both on leave. He talked about how her long auburn curls would stick out from beneath the helmet, and how her bright green eyes met his gaze perfectly because she was close to his 5’11” stature. He was captured by her beauty and her thick South Carolina accent.  She and my father married quickly and about two years later I was born. Sharon named me after Matt Dillion, the U.S. Marshal from the old Western radio program Gunsmoke.

Shortly after they got married, Sharon would have these long periods of depression followed by severe bouts of mania. These manifested themselves in promiscuity and drug addiction. She’d disappear for months at a time and was eventually discharged from the Coast Guard. My dad took her back several times, but after she came home high one too many times, he told her that was enough. When my dad transferred to a base just outside of San Francisco, he told Sharon that it would just be us, without her. My dad filed for sole custody and received it; they were divorced within a year. No one had seen nor heard from Sharon during that time. Life without my mom began and the house was quiet and empty.

One evening about a year later, I was watching What Would You Do on Nickelodeon while my babysitter talked to her boyfriend who was standing outside the front window.  My dad was working on a boat and wasn’t supposed to be home until morning. In a blur, my mother came in through the backdoor. She was talking fast and although I was young something still felt wrong. She told the babysitter that she was my mother and that she had an agreement with my dad to watch me this evening, then hurried me to a waiting car and we drove off into the night. Every few minutes she’d look behind her and would go on about how we were starting a new life together.

The rest is a blur but we drove from San Francisco to Charleston in three days. I have little recall of the months I spent there with her, but I do remember the crack houses, the broken down trailers, the scent of cigarette smoke, and the pain of every kind of abuse at the hands of strange men I didn’t know. My last memory of my mother as a small child was her screaming as two police officers walked me to a car.

I grew up without her. I overcame her absence, and eventually, she went from my mother to Sharon through infrequent mentions of her to others. I eventually got treated for PTSD and became a police detective that specializes in crimes against children investigations. One day, I logged into Facebook and had a message. I clicked on it and immediately froze. The name of the sender was Sharon and although it was small, the thumbnail picture was of a woman with curly auburn hair and piercing green eyes. I cried as I read her message.  A few years after I’d last seen her she’d been diagnosed with bipolar disorder. Once she started treatment, she’d been sober and happy but felt she wasn’t entitled to reach out. She begged for forgiveness and signed off her email with what she’d always called me: “I love you Pea Pie! Love, your MOM.”

We corresponded by email for a year and traded photos. She told me how proud she was of me and also how much she loved her husband, who was being treated for throat cancer. It made her feel like she needed to make connections because life was so short. After corresponding for a while I didn’t hear from her for a couple of weeks, but then received an email where she told me her husband had died unexpectedly in his sleep. After that, I didn’t receive any more emails. Ten days later I called to check on her, but there was no answer. This led to a second phone call from the police saying they were sorry for my loss. I don’t remember much, but the words “suicide,” “overdose,” and “note” came through the receiver like a freight train.

Now, there I was staring at my mother—Sharon—her body lying in a cardboard casket awaiting cremation. She’d told me that the tattoo of my name was to remind her that no matter what mistakes she’d made, that she would always carry me in her heart. I held my breath as I looked at her curly auburn hair and then whispered to her, “Goodbye Mom. I hope you know that I forgave you.”

I never felt anger over her decision. From my own diagnosis of PTSD, I knew that much of what she did wasn’t her fault or entirely in her control. I couldn’t imagine the pain and loneliness she felt after experiencing yet another loss, especially after all she did to make amends. Our history was complicated and imperfect. But she was human in all its glories and faults, and so was I.  No matter our diagnoses, we were human and we were us. The only thing I regret is not being us sooner.

A few years later my daughter was born. As she grew, I watched curls of hair bob up and down on her head and saw adventure in her piercing eyes. I vowed that no matter what I’d always support her. We’ll always be us and she’ll always be my “Pie Pie.” 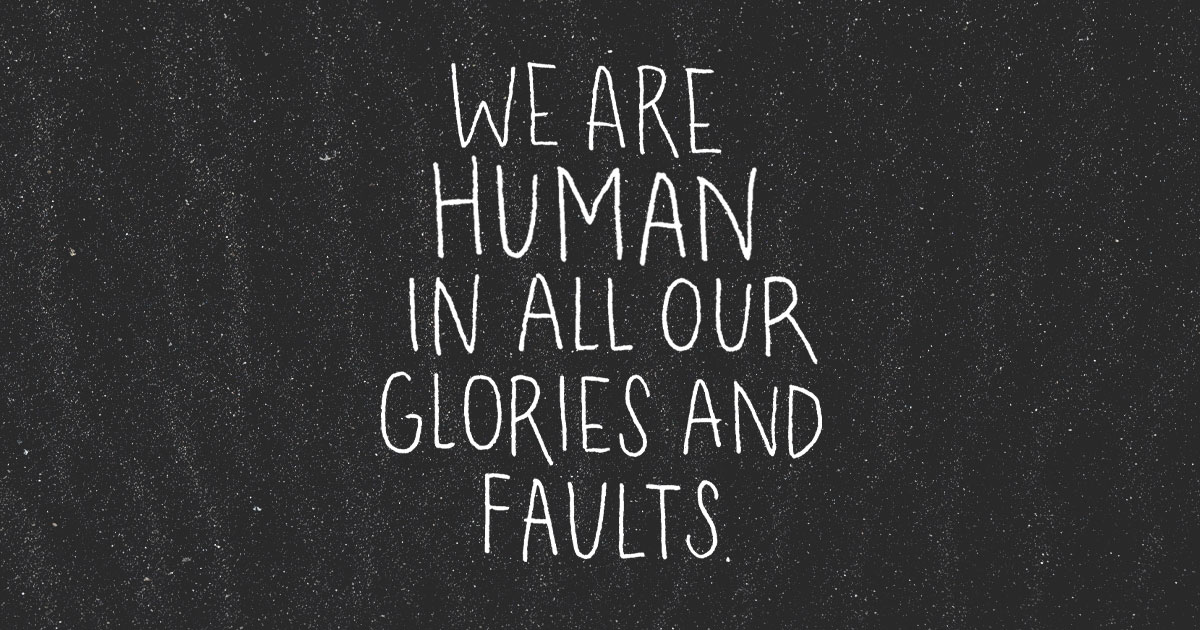 Trauma is a fabric interwoven into your skin, something that stays long after you believe it to be gone.

My Son Died by Suicide, and I Don’t Know Why

Your Well-Being Should Never Be up for Debate

While we can’t predict or guarantee any outcomes, we need you to know something…