Too often we hear from people who are worried that they can’t achieve their dreams or have a successful career because of their mental health issues. We hope our “Working It” interview series proves that it’s possible to do that and so much more.

You can read previous interviews here.

TWLOHA: For our readers who aren’t familiar with you or your work, can you tell us a little about who you are and what you do?

VIVIAN: I’m a storyteller. I think this is the best way to describe the umbrella under which my entire career exists. I’m a writer, founder, and digital strategist. My two biggest, personal projects are Too Damn Young, a community and resource for teens and young adults who have lost someone they love that I started in 2014, and Creating Espacios, a podcast I started hosting in 2016 that focuses on telling the stories of Latina trailblazers.

TWLOHA: How does mental illness affect your life and work?

VIVIAN: I live with anxiety and depression; they’re a part of who I am, how I function, and how I process things. There’s no way for me to separate them from my life and work, which in and of itself is a reality that I do struggle with. I have good days and bad days with accepting their presence in my life and adjusting to it. With work, my anxiety makes me very high functioning, which is not the most horrible thing, but also isn’t the best because it makes it harder for me to notice when things aren’t going well or when I need a break. With life, it means that in certain situations where some can just jump, I need a bridge. I have to practice a lot of grace in my personal life to remind myself that it’s okay if it takes me a bit longer to talk away my fears.

TWLOHA: Do you ever feel wary about speaking so openly your mental health? If so, why did you decide to do so anyway?

VIVIAN: Oh my gosh, so often. I’m a writer, so often writing openly about my mental health isn’t as scary as speaking openly about it. I can write a blog post or a caption and share it without much hesitation, unless it’s incredibly personal or unless it’s a new aspect of my journey with mental health. Recording a video for Instagram Stories though, that’s a different experience for me altogether. I’m just now getting used to showing my face when I speak on mental health, and it takes a lot more to share those videos because they very clearly underscore that I’m someone who struggles with mental health, but it’s also the same reason why I do it. I’ve always been a big proponent of the reality that mental illnesses do not discriminate and anyone can be suffering. For a lot of people, I look so put together that to them especially it’s a big reminder that being put together and having a mental illness are not mutually exclusive.

TWLOHA: What would you tell someone who doesn’t think they can manage their own schedule or support themselves while dealing with mental illness?

VIVIAN: I’m in the process of teaching this to myself, but I would say, challenge the lies you’ve told yourself while still being gracious to yourself. The truth is that it can be hard and there can be so many factors outside of your control, but of the things you can control, you are capable of trying and you’re worthy of the biggest dreams you’re working towards. 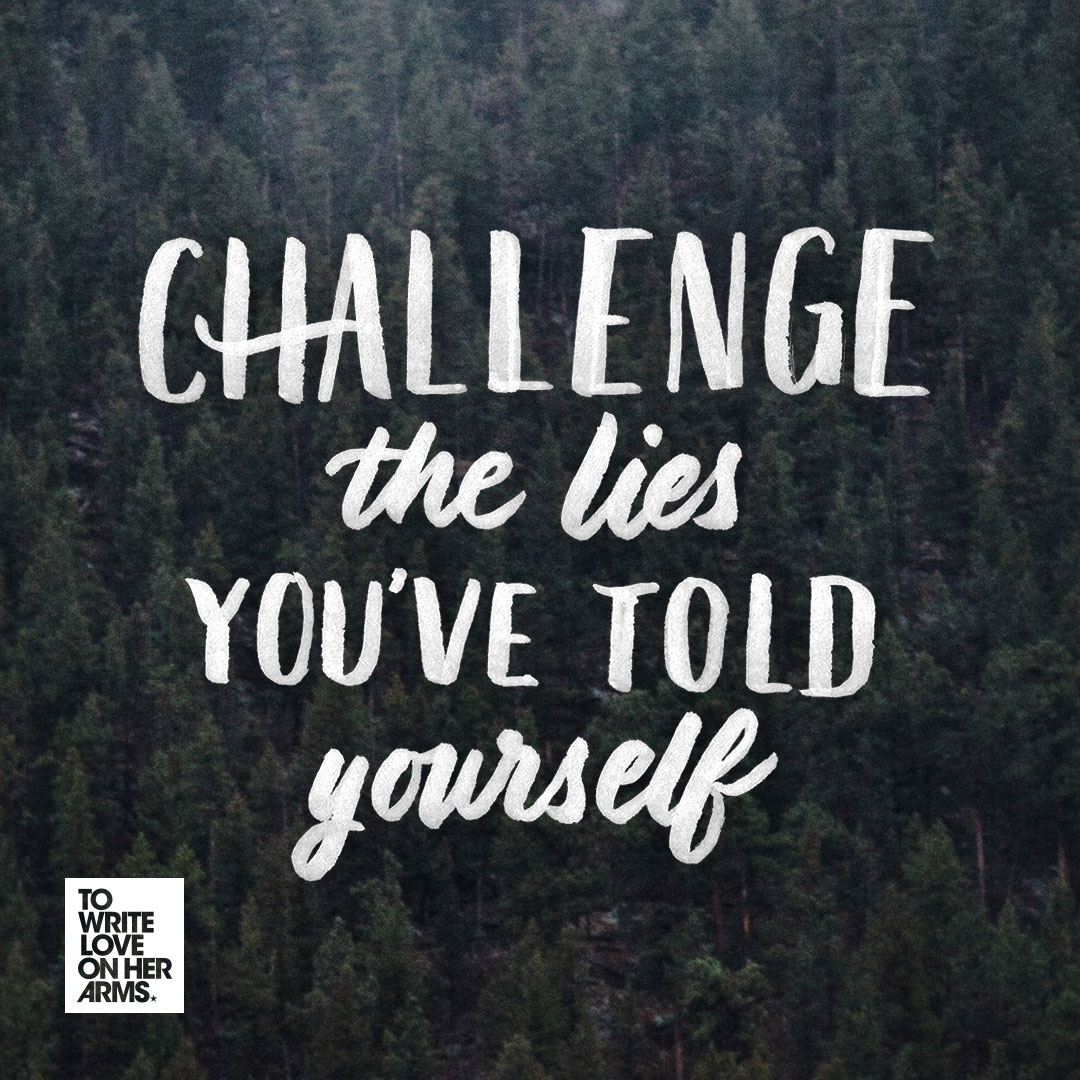 TWLOHA: Is there anything you wish someone would have told you when you were struggling? Or something you’d like to share with our readers who are struggling right now?

VIVIAN: It’s okay to take it slower on the days when you’re particularly struggling or have had an especially tough therapy session. No one ever told me that therapy was like a marathon (mostly because I never knew anyone who went to therapy), but it’s a lesson I’ve learned over three years, first-hand. It’s hard and tiring and mentally exhausts you. Don’t feel like you’re doing it wrong if you walk out of therapy feeling more exhausted than when you walked in; it just means you’re putting in the work.

TWLOHA: Is there anything else you’d like to add?

VIVIAN: Running my own business and going to therapy are two things that my family never expected from me as a first-generation Ecuadorean-American. My Latinx family has never spoken about therapy and when they (if they) ever mention the fact that I go to therapy it’s in whispers or to tell me that I shouldn’t make it a habit to go because that can be addictive. It’s a misconception that when I’m a little more anchored in my own mental health I may try to explain to them, but also it’s okay that I’m not up for it right now. I had to really work to internalize that it’s okay that they don’t understand either my job or my mental health and it’s also okay that I wish that they did. I’ve been kind to myself and surrounded myself with a great group of people who do respect mental illnesses for what they are and don’t challenge my diagnoses. I’ve also learned coping mechanisms when it comes to my family, like not talking about mental health with them is a form of self-care for me now. It was a lesson that took me a bit to learn, but just because they don’t understand your career or your decision to get treatment doesn’t mean you’re wrong.