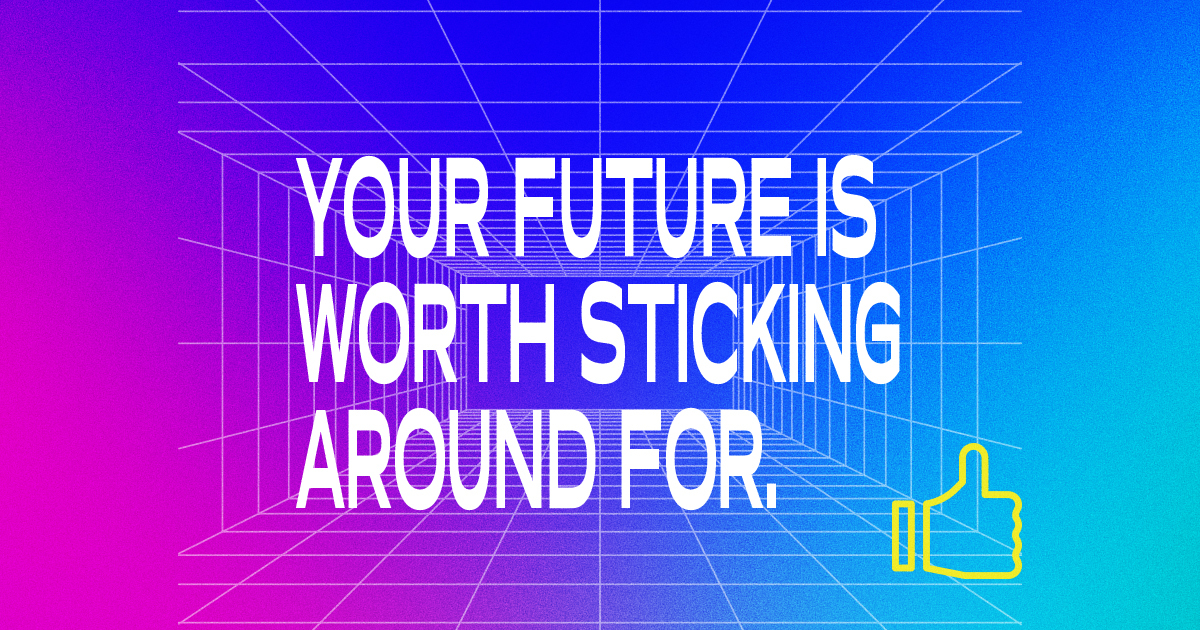 Growing up as a biracial queer child in a hyper-religious family, I constantly struggled with figuring out who I was. It didn’t help that my father was in the Marine Corps and we moved every three years. My upbringing was definitely dynamic and oftentimes painful.

I knew that I was different from the time I was 10. As a brown kid, I never felt like I fit into groups of other black or white kids, so not only was I usually the lone brown person in my friend groups, but I always felt out of place, too. To add to that, I got butterflies around other boys, but I couldn’t connect with any of them. I didn’t like sports, talking about girls, or playing video games. This all planted a seed of estrangement in me.

By the time I reached high school, I knew that I was gay, but only my closest friends were aware. Still, I continued to date women—although it backfired and never worked out. I even tried running track and field so that I could feel and appear a bit more masculine. During this chapter, I was heavily involved in Christian churches, youth groups, and worship teams—none of which were LGBTQ+ affirming.

They were quite the opposite.

When I told my youth pastor during my sophomore year that I struggled with homosexuality, I was told to not “bring it around their flock” and they suggested I check out a conversion therapy organization (that has since been disbanded on the grounds of it being damaging).

After that experience—and after my mother outed me by going through my private social media messages that same year—I retreated even further into myself. This refusal to accept myself with loving-kindness only perpetuated the uncomfortableness that I felt in my skin. That self-hate went hand-in-hand with my debilitating anxiety, depression, and undiagnosed bipolar disorder.

I felt wrong, dirty, and confused. I was brainwashed into believing that I was filled with sin and the only way to live was through celibacy. I was convinced that if I prayed hard enough to Jesus Christ and dedicated myself to the Word of God that I could be “freed from the chains of homosexuality.”

My heart still breaks for that Donaven.

At the start of my senior year, I attempted suicide for the first time.

Not that I had any real desire to talk about it anyway, but that attempt was essentially brushed under the rug. The combination of my childhood trauma, instability, untreated mental illness, and internalized homophobia was a dangerous concoction that primed me for an uphill battle with my mental health throughout my young adulthood. For the next five years, I suffered from severe suicidal ideation, substance abuse, and multiple attempts to end my life.

Suffice to say, the journey that I am on has not been an easy one, but despite the pain, my story has also reflected hope and endurance. Slowly, I have made my way to wellness.

By the time I was 21, I had left the church and was dating my first boyfriend. It was such an empowering experience, finally honoring the parts of myself that I had rejected. I was unashamedly sharing that beauty with the world, thanks to the friends I met in college who loved me when I couldn’t love myself.

Of course, I still have days where I struggle with simply existing. I get sucked into the lie that I should be doing recovery “right,” especially after all of the time that I’ve spent pursuing it. That frustration feeds the irrational thought that I will never get better. The truth, however, is that my recovery and mental health are things that I will always need to invest in and prioritize. There have been—and will be—setbacks and messy moments, but that’s okay. Life’s journey is not linear. As I continue to heal and remain committed to my wellness, I extend gentleness towards myself, radically accept who I am no matter what anyone else thinks, and surround myself with people who validate my intersectional identities. For I have tried rejecting who I am and the consequences of that effort only resulted in suicide attempts fueled by depression and drug abuse.

My life truly began to get better when I leaned into my support systems and practiced ferocious self-love. But I know that those acts of courage are much easier said than done. It’s intimidating to be vulnerable with others when you’ve experienced trauma and rejection, and it’s just as difficult to accept ourselves despite our self-perceived flaws. However, this process is exactly that: A process that takes time and involves growing pains.

Through this process, I have become grateful for who I am, and I am especially grateful for my messier parts. They’re still beautiful. Today I choose to nurture the parts that I once hated, rejected, and feared. I have come to love my queerness and celebrate my blackness.

This year has brought with it an unprecedented momentum for the Black Lives Matter movement as well as many other social justice movements. These movements are powerful and necessary as we fight for equality, equity, and justice for marginalized, hurting, and oppressed people. Although the events of this year have been important in igniting change, they have also been triggering for a lot of us.

I wish I could write that I have stayed sober and not attempted to harm myself as a result of the stress COVID-19 and racial injustice has caused me as a brown and queer person, but I can’t. These triggers have been novel, overwhelming, and scary. I forgive myself for slipping in my self-care. I’ve done the best I can and I haven’t given up, because I have friends, family, and dreams to stick around and stay sober for.

I need you to know that, too. Your future is worth sticking around for.

Until college, nobody told me that being gay and brown was okay. Nobody told me that I was enough as I was. I have been called racial slurs by people who promised to love me, and I have been told that my lifestyle is sinful and wrong by many others. So above all else, I hope these words reach queer kids of color who don’t feel comfortable in their bodies and identities. I hope someone who struggles with self-hate or mental illness reads these words because they need to hear that it gets better and that they are not alone.

You are not wrong or unloveable for being you. Your diverse identities—whatever they may be—put you in a position to create change and inspire acceptance. And you are capable of more than you could ever imagine.