This piece mentions self-harm and abuse. We ask that you use your discretion.

Courage. This word has come to mean so many things to me in the last year: bravery, acceptance, hope, belief. I did not use to think of myself as courageous. I battled with myself over what it meant to be weak or strong, always wanting to choose strength.

The first time I hurt myself was when I was twelve. I was laying flat across the top bunk bed and rolled myself off and onto the ground, over and over again. My mom was no longer my mom due to the cancer that had taken over her body; my dad was no longer my dad due to the way he had taken over mine. I remember him coming to check on me one morning before church. I was curled up on the bathroom floor and he asked me if I was okay, as if nothing had happened the night before. I was strong.

Five months ago I walked into a medical clinic holding a shirt over my arm, fresh tears on my face. The person behind the desk looked at me and asked me what was wrong. I pleaded with my eyes for her not to make me say it out loud. Nine stitches and an hour later I was at the bar with friends watching a football game, laughing and drinking a beer. I was strong.

It didn’t take long after the engagement for my fiancé’s verbal abuse to go from sporadic to weekly. He would get drunk and tell me he hated me. He would say he didn’t want to marry me. He would list all of the ways in which I wasn’t good enough. And then the next morning he would apologize, say that he didn’t mean it, that he would change. We would go on as if nothing happened until the cycle would repeat itself days later. But I convinced myself that a strong person would stay—a strong person would make it work. And remember, I was strong.

After a year and a half, I finally found the courage to leave. I think back to what it all came down to—it wasn’t his words that caused me to leave but his actions. And yet, even after our relationship was over, I was still listening intently when he continued to tell me I was weak and pathetic. I had heard it so much and so often that I truly felt that way.

When I hurt myself the day I went to the clinic, I didn’t do it to kill myself or for attention. I did it because I didn’t think it would matter. I didn’t think I mattered. I didn’t feel strong anymore.

I’ve slowly replaced the words that hurt me with words that have healed me. I remind myself that it took not only strength to leave—but bravery as well. It took me accepting that my life didn’t have to be that way. It took hope and the belief that there was something better for me. I think of courage and I don’t think about the time I went skydiving or cliff jumping. I think of when I left my dad and when I left my fiancé. I think of when I chose my health and my happiness over everything else.

I wish I could say I now feel unwaveringly strong and bold and unstoppable. But the truth is, there are times I still feel overwhelmed with grief. My therapist says healing is not linear and she is right. She also says that my story is one of courage—not one of shame or regret. So when the doubt threatens to take over and I start to question whether or not I made the right choice, I remember how it felt to leave. Because it was at that moment I took my power back.

You can have that moment, too—one of courage and bravery and hope. Some might say being strong is persevering, and sometimes they may be right. But you don’t have to survive and endure pain to be strong. Sometimes being strong means freeing yourself of it. Whatever it may be, choose your version of strength. Make your story one of courage. 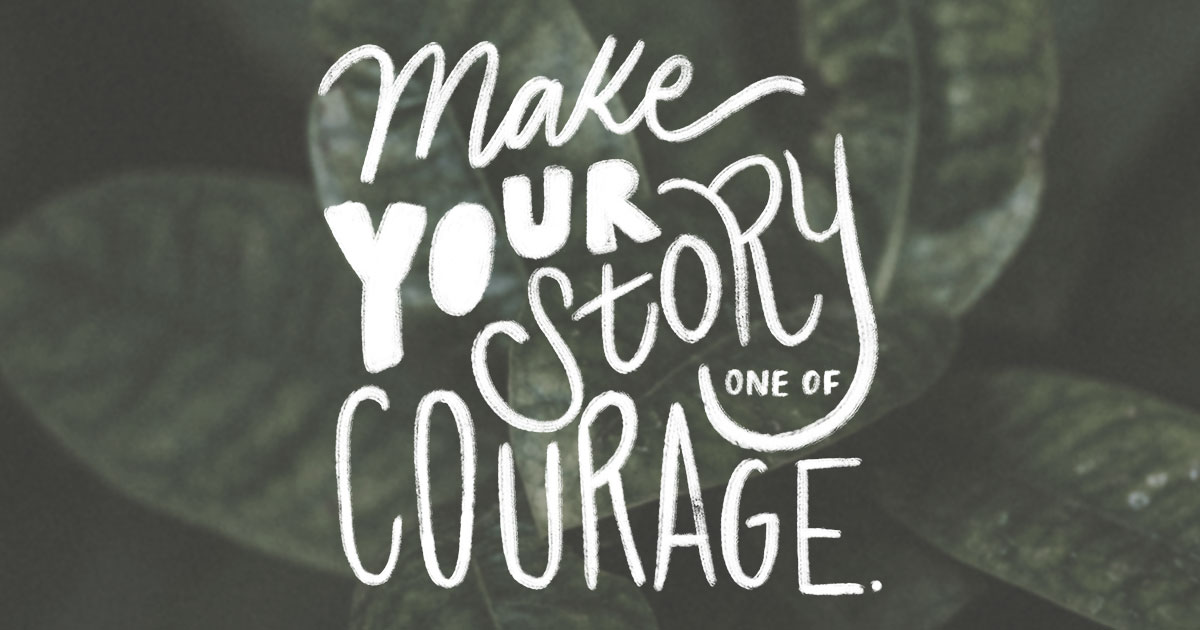 How to Help Someone Who Self-Harms

Dealing with self-harm can be difficult, and it isn’t easy to tell people about it. Learn about how to become a resource to those who need help.

There is a lot of stigma and ignorance surrounding Dissociative Identity Disorder. Oftentimes, I feel shame when talking about it.

Relapse Does Not Negate Progress

The moments when I did give in do not define my progress.