What am I doing here?

The sky was bright blue. I heard the soft nickering of horses in a pasture. It was a calm summer day, but inside me, there was a storm.

It had been two weeks since I had been discharged from the hospital. The place with the sterile white walls and locked doors—and people like me. People who were suicidal. I was finally free, but also alone. I wondered if coming here was the right idea, or if I had made a mistake. Before I could head back to the car, a woman stopped me. She introduced herself as my riding instructor. I had signed up for this.

My instructor led me to the barn and stopped in front of a paint horse. “This is Ty,” she said. “You’re going to ride him.” I did not want to ride Ty. Truth be told, I wanted to be back in the hospital, where I was safe and nothing could hurt me. Depression is silly, you get used to people making sure you’re OK, but once you’re out in the real world, that task feels like too much to take on. Despite the voice in my head that told me not to, I began brushing down the horse.

I had ridden before at camp. I stopped after an encounter on a trail that almost had me on the ground, and swore to myself I’d never ride again. Ty was a gentle beast. I leaned my head against his sturdy shoulder and breathed in his deep, sweet scent. Tears pricked my eyes. I replayed the events from the past few months in my head. Being institutionalized at a residential treatment facility, sobbing when my best friend told me they had an eating disorder, my parents were so disappointed. “We do not want to go backward,” my mom had said. And here we were. Backward. I had to start over. 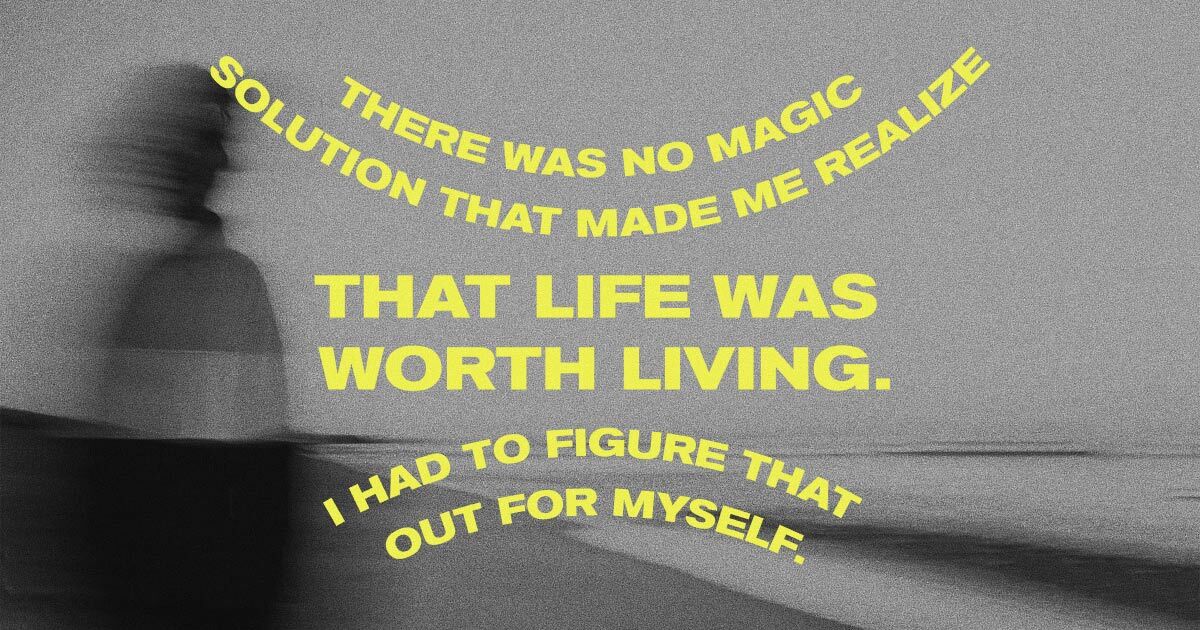 The idea of a clean slate was enthralling. But also scary. I recited the words that a very helpful therapist said to me right before I left res: “Today is the first day of the rest of your life.” Today was the first day of the rest of my life and I was spending it crying on a therapy horse named Ty, my tears mixing with the dirt that clung to him. I was beyond rock bottom. But the only way to go when you’ve hit rock bottom is up. Ty whinnied as if he heard my thoughts. I collected myself and finished tacking up. I was quite frightened after I learned I’d be riding English, and that there was no horn on the saddle to hold on to.

“What if I fall?” I asked timidly.

“You get right back up on the horse,” the instructor told me.

We trotted around the arena, my legs shaking. I did not fall off. After my lesson, I brushed Ty once more and my instructor said she’d see me next week. Maybe I will have killed myself by then, I wondered.

The next week came fast. Nevertheless, I rode Ty again… I did not fall off. The weeks went on, the summer days growing shorter, the air turning crisper. In autumn, I fell.

You can’t even ride a horse right. You can’t do anything.

Life has a way of throwing us off, but we can make the choice to get back on. To keep riding, and that’s when I made the decision. There was no magic solution that made me realize that life was worth living. I had to figure that out for myself. But I also had Ty—and that was enough. I kicked three times, calling for the canter, my voice loud and clear.

Whatever you are facing, there is always hope. And we will hold on to hope until you’re able to grasp it yourself. If you’re thinking about suicide, we encourage you to use TWLOHA’s FIND HELP Tool to locate professional help and to read more stories like this one here. If you reside outside of the US, please browse our growing International Resources database. You can also text TWLOHA to 741741 to be connected for free, 24/7 to a trained Crisis Text Line counselor.

While most people have heard of the “fight or flight response,” many haven’t heard of the third automatic response: freezing.