This piece contains strong language and mentions suicide and self-harm in detail. It has been lightly edited. You can read the original post here on Medium.

After my first suicide attempt, in April 2016, I was medically suspended from duty by the police department I worked for. This took place while I laid in a hospital bed. I was told I would not be allowed back to work in any capacity until I was evaluated and declared fit by a department psychologist.

I contacted human resources the day after being released from the hospital and explained what had happened and that I had been told by the hospital psychologist that I had post-traumatic stress disorder, or PTSD. The response from the police department was that PTSD wasn’t considered a work-related injury or illness. For the next eight weeks, I sat at home in a sort of limbo. The department seemed to have forgotten I existed since no follow-up contact was ever initiated by them. No one scheduled me to see the department’s doctor. It was obvious I couldn’t count on their help.

My wife and I called doctors and therapists to try to find some sort of treatment. I visited three therapists and a psychiatrist during the next few months, and all the visits felt the same. During each one, I repeated my symptoms and reasons for wanting to end my own life so much so that it became boring to me. Therapists would ask about my childhood and my parents before they would ask about my job.

That’s where I’d usually start to lose them. It wasn’t easy trying to explain the violence and poverty I’d observed in my years as a cop. Sometimes I actually got a kick out of seeing them squirm when I described things I had seen in graphic detail. I had a ton of memories of violence I had witnessed. Some therapists asked for specific examples, and I took a morbid pleasure in trying to make them uncomfortable.

I described my first Christmas as a rookie patrol officer. Around mid-afternoon, I responded to a report of a burn victim at a group home for mentally disabled adults. The residents had been left unsupervised because the on-duty caregiver decided to sneak away to a Christmas party at a family member’s house. During the caregiver’s absence, one of the male residents filled a bathtub with scalding water and helped his wife, who was also disabled, into it. He didn’t understand what he had done wrong. I could hear them both crying while I was still outside the house.

I found out later that the female burn victim died in the hospital. I tried to hide my emotions, but I cried, and that prompted the veteran cops around me to taunt and ridicule me. “Who gives a fuck? Maybe they’ll close that house down now,” a particularly caring senior officer bellowed to no one in particular. I still remember that day vividly.

I wound up leaving one therapist visit with prescriptions for depression, anxiety, and insomnia. The pills didn’t seem to help much, but I did notice I was becoming dependent on the Klonopin (aka clonazepam) prescribed for my anxiety. This was a problem I wasn’t equipped to deal with, so I stopped taking all my meds cold turkey, which was a big mistake.

I thought about dying and killing myself every day. I thought I’d ruined not just my life but my wife’s life, too. I felt no emotion except sadness. The sadness was so powerful and overwhelming that it created a pain inside me that I didn’t understand. I would get angry and confused and fly into fits of rage, punching myself in the face and head — hard, meaningful strikes intended to do damage.

Time became a major hurdle in my effort to seek treatment and heal. Since the police department didn’t recognize PTSD as a work-related condition, I was burning through my accrued sick leave. Just before Labor Day, I received a call from my lieutenant. It was the first and only call I’d received from her since my hospitalization. I was told I had six days of medical leave left and that if I didn’t come back to work, the department would stop paying me. 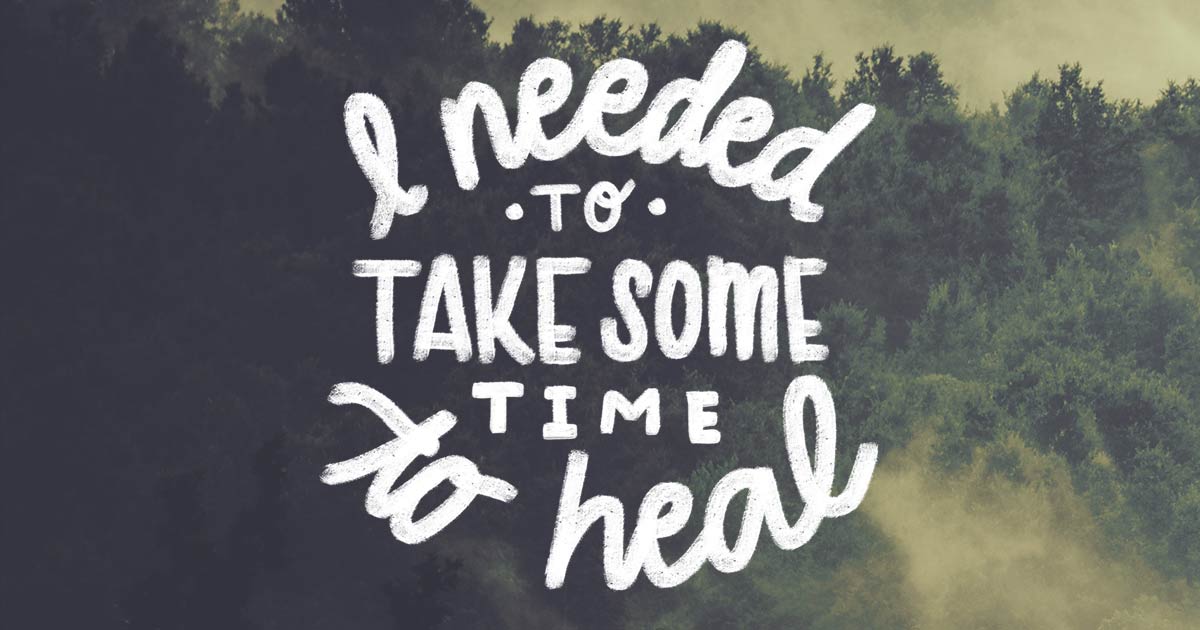 So, full of rage, confused, and off my meds, I had to figure out a way to go back to work.

The first thing I had to do was have the department’s doctor clear me for a desk job. That wasn’t too difficult because I wasn’t going to be given back my gun, so I gave some canned responses to her questions to assure her. Whatever I said worked, because I was given the okay to return.

I was then officially part of the “rubber gun squad” — a derogatory term used by other cops to describe people like me who are too much of a risk to carry a real gun or work the street. I wasn’t exactly welcomed back to the department with open arms. I was told that because of my illness and the stress associated with being an internal affairs detective, I wouldn’t be allowed to work there again in any capacity. Instead, I was buried inside headquarters at a dead-end administrative job in human resources. I was given an office with nothing but a desk and a computer.

I wound up using the internet for eight hours a day and listening to podcasts. Sitting in an office alone with my thoughts didn’t help matters any. I felt like a phantom. I walked through headquarters in a sort of daze, not really talking or making eye contact with anyone. I felt like I was a piece of gum stuck to the bottom of the police department’s shoe. A nuisance. A problem they wanted to scrape off and toss in the bin.

I begged my supervisors for work. I was bored out of my mind, but my lieutenant told me to take advantage of the free time and “get better.”

But I wasn’t “getting better.”

Early one afternoon in June 2017, just a little over a year after my first suicide attempt, I gathered up my leftover medications and ran away from home. I told my wife I was going hiking, and she seemed to suspect something but didn’t try to stop me. I took my car and started driving west on Interstate 70, trying to put as much distance between me and home as possible. I just wanted to find a hotel somewhere off the beaten path so I could crawl into bed and swallow the entire contents of the bottles of medications I was carrying with me.

After a few hours of driving, I stopped at a combination gas station and convenience store, the kind that sells sandwiches and has a small selection of groceries. I parked in the shade so I could watch people come and go. I wondered if the food was any good and very briefly thought about getting a meatball sub as my last meal, but I decided any food in my system might trigger a river of vomit once I started Pez-dispensing pills down my throat.

I switched my phone off of airplane mode — I’d been turning it on and off while I was driving because I was convinced the police were using it to track me — and it immediately began to buzz with text and voicemail notifications. Most were from my wife. Some were from my lieutenant and another co-worker. I decided to call my wife one final time. She was sobbing when she answered.

“Larry, I love you. Why are you driving away from me? I’m here, and I need you to come back to me.”

I heard this and crumbled. I could barely speak.

When I returned home, I found that my wife wasn’t alone. An internal affairs detective was there and so was my lieutenant, who also happened to be the department’s lead hostage negotiator. I suspected he had told my wife what to say to me on the phone. A Cyrano turned police negotiator.

I agreed to voluntarily check myself into Sheppard Pratt, a renowned mental health facility in the Baltimore area. It’s not like I had been left with much of a choice anyway — the department could have had me committed based on my actions — but I figured if I did it on my own, at least I’d be in some sort of control.

After I checked in, I was triaged by the nurse on duty and escorted by security to a private room in the temporary holding area. As part of the admission process, I had to take off my clothes in front of three staff members while they checked me for weapons and any other contraband. They also took away my belt and shoelaces. I was terrified but tried not to let it show. I was still holding onto the last ounce of cop bravado I had. After I was alone in my room, I laid on the bed and cried. But that time, it felt good to cry.

The next morning, I was evaluated by a doctor and sent to the resident ward, where I spent the next 10 days. I received new medications and underwent electroconvulsive therapy treatments. They made me forget things like recently read books and conversations, and I pissed myself during each treatment. I don’t know if they worked.

My wife visited me each day. We talked, laughed, and cried. We agreed I needed to quit my job and take some time to heal. When I started discussing my thoughts about quitting with a few co-workers I was still in touch with, the most common question I got was, “Well, what about your pension?” Every cop is working toward a pension. It’s the carrot on a stick to keep cops showing up to work every day for 20 years.

The day after I came home from Sheppard Pratt in mid-July, I emailed my supervisor and told him in no uncertain terms I wanted to resign. I was tired of being talked out of it, and I was afraid that if I wasted any more time debating the decision, I would wind up trapped in departmental purgatory for the rest of my natural life. I’d come close to killing myself twice in less than two years, and I was betting the third time would be a charm. He finally seemed to understand and didn’t argue. He accepted my resignation and turned it into the director of human resources on my behalf.

I have plenty of free time now to sit and think about what I’ve done and the people I’ve hurt. I want to forget the past and move on. I want to sleep and not dream of past horrors. I want my head to quiet down. I want to be able to walk into a store or restaurant and not start to sweat and shake. I want to not be afraid to leave the house.

Is that too much to ask?

If you or someone you know is struggling with PTSD or other mental illnesses, we encourage you to reach out for the help you need and deserve. You can start by visiting our FIND HELP page.

I am not ashamed that I endured an unsafe childhood and came out of it with some scars.