This piece mentions topics of sexual assault, rape, and suicide. We ask that you use discretion.

A wise friend once told me, “You can’t pour from an empty cup.”

At the time, I really didn’t quite understand what she was referring to. As an advocate, I felt I needed to be there for everyone all the time, both personally and professionally. If I wasn’t at my job working toward a mission, it meant that I was either volunteering for another or writing about mental health or advocating for survivors of sexual assault, like myself.

But that catches up to you. Fast. Hard.

A little over two years ago, I stood publicly in front of news cameras and my community and identified as a rape survivor. I began to write openly about having post-traumatic stress disorder, the struggles I’ve faced since the assault, being a suicide attempt survivor and a substance abuser.

It wasn’t easy. It exposed me to a lot of judgement, stigma, and sometimes shame. My decision to open up was to fight all of that though. I wanted to help educate others and show the community what a survivor looked like; I wanted to help show the community that the path to healing is not equal for all because of social constructs that many in society do not understand exist, or they themselves are a part of enforcing.

But the thing is, my expertise in all of that comes from the fact that I am a rape survivor and I suffer from post-traumatic stress disorder, depression, and anxiety. My expertise stems from reality that I am a victim, too.

At one time, I was a person in crisis every day, trying to survive a crime that had just happened to me. I remember that time so vividly, and yet I barely remember any of it because I was so traumatized and doing whatever I could to numb myself.

After years of advocating, I found myself at a time late last year where I felt I had nothing else left to say. Right in the middle of the #MeToo movement, I had lost my voice.

But the more I was asked to speak out and show up, the more I realized it wasn’t that I was struggling to find my voice—I was tired of the onus falling on survivors and victims to talk about our pain.

What felt like losing my voice wasn’t really losing it at all. I had tired out after years of advocating. Years of writing. Years of being on local news channels with the title of “Rape Survivor” attached to my name. It wore on me. I began to feel like my identity revolved around my disorders and my trauma. No one seemed to know anything about me beyond all of that.

So I made the decision to step back. I stopped writing because it no longer felt cathartic. I stopped volunteering because I couldn’t bear to sit around the table anymore and lead when I didn’t feel like a leader. I stopped showing up for everyone, but myself. 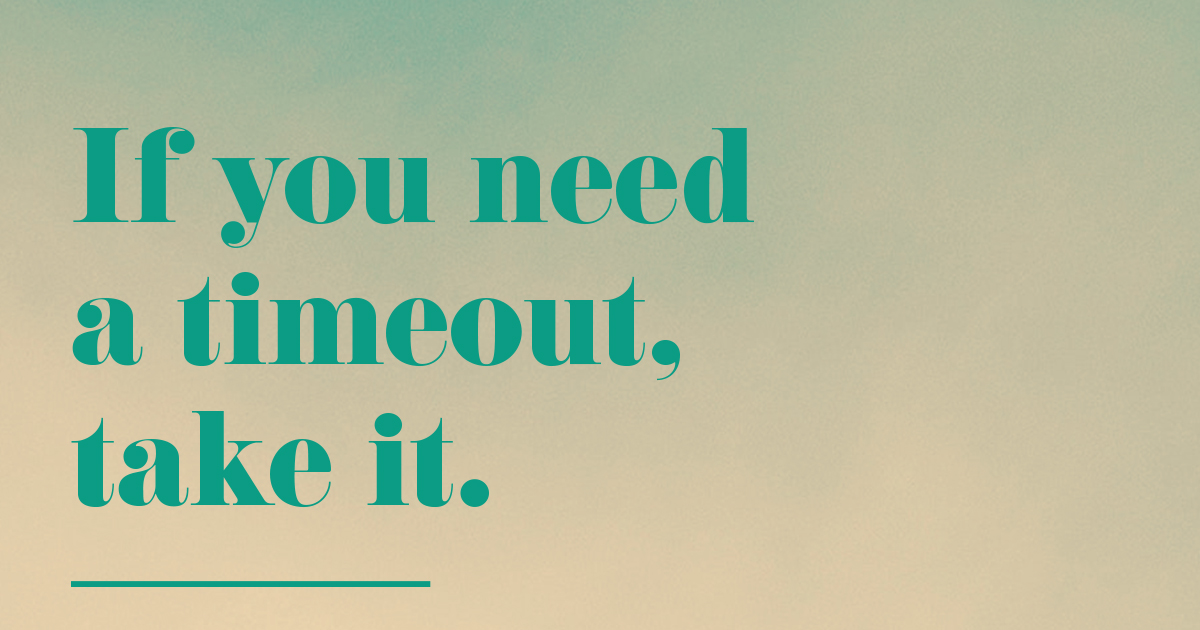 At first, it hurt. I felt guilty for not helping, for not doing enough. My adult life was built around taking care of people and here I was, forcing myself to do the opposite. As difficult as it was, I did it. I did it for my well being, my sanity, my healing.

My self-care toolbox that was nonexistent before, was being filled with social media sabbaticals, disabling news alerts, committing to therapy, meditation and yoga, Crossfit, and even building a crisis plan so that I had some stability to fall back on when things felt utterly unstable and overwhelming.

And when I took that time out, to figure myself out, the work I had invested in for years, still remained. My absence didn’t wash away progress; it didn’t invalidate my efforts. The fight continued and I came back stronger.

If you need a timeout, take it. If you need to disappear, to disconnect, to log off, to take a vacation, to just simply exist and rest—do it. Healing begins with you. Whatever you need in your self-care toolkit, find out what it is and put it in there to be used regularly. Carry it around with you wherever you go.

We have a lot to do, a lot to work toward and fight against. It’s exhausting and sometimes it feels impossible. But if we grant ourselves the grace and time to care for ourselves along the way, then we’ll get there. Together. 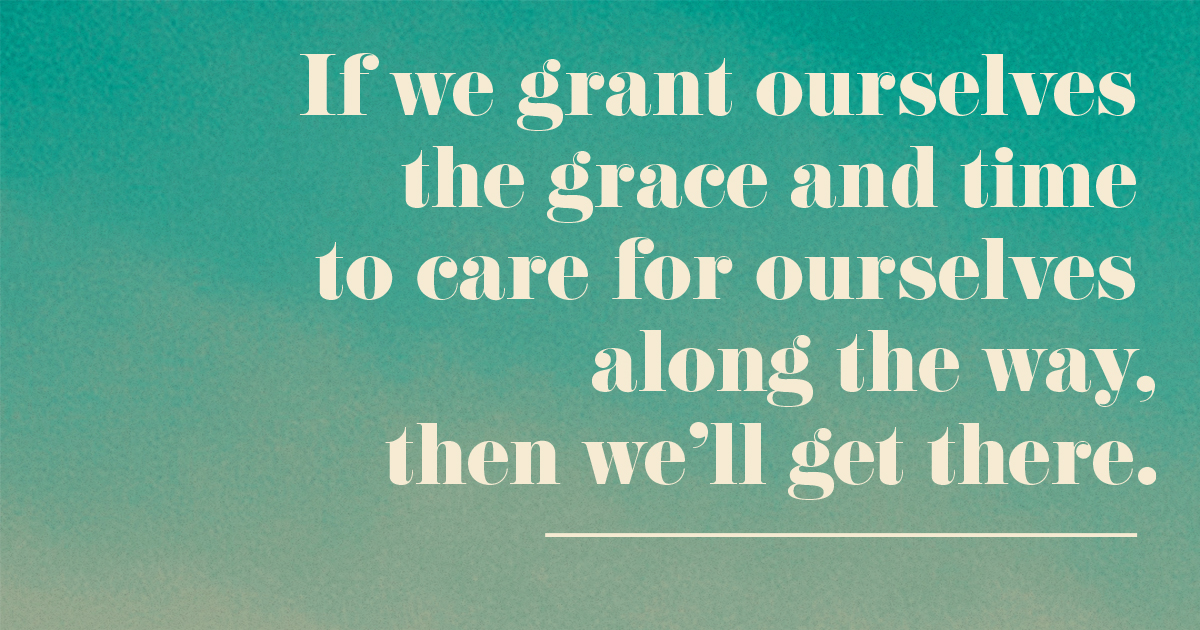 Can You Be Both?