When I look back at the last decade of my life, that’s what I see: I was running. I had this perception that I couldn’t rest, couldn’t stop, couldn’t pause until I was there. I was on a path, terrified of taking a wrong turn, terrified of making a wrong move, terrified of not making it on time. I would constantly look around at those around me wondering: Am I keeping up? Am I on the right track?

I blame a lot of different things for this perception, but the reality is, it doesn’t matter where the perception came from. Everything about our culture encouraged me to keep going, to never stop.

In that season, all the things I feared would happen if I ever stopped running, if I ever fell off the path, were realized: Friends left. Family got awkward. I took time off. I gained weight. People questioned me. People stopped complimenting me. People forgot about me.

But I was okay. In fact, I was better than okay. Turns out I had been running to keep up with a lot of things I didn’t actually want. 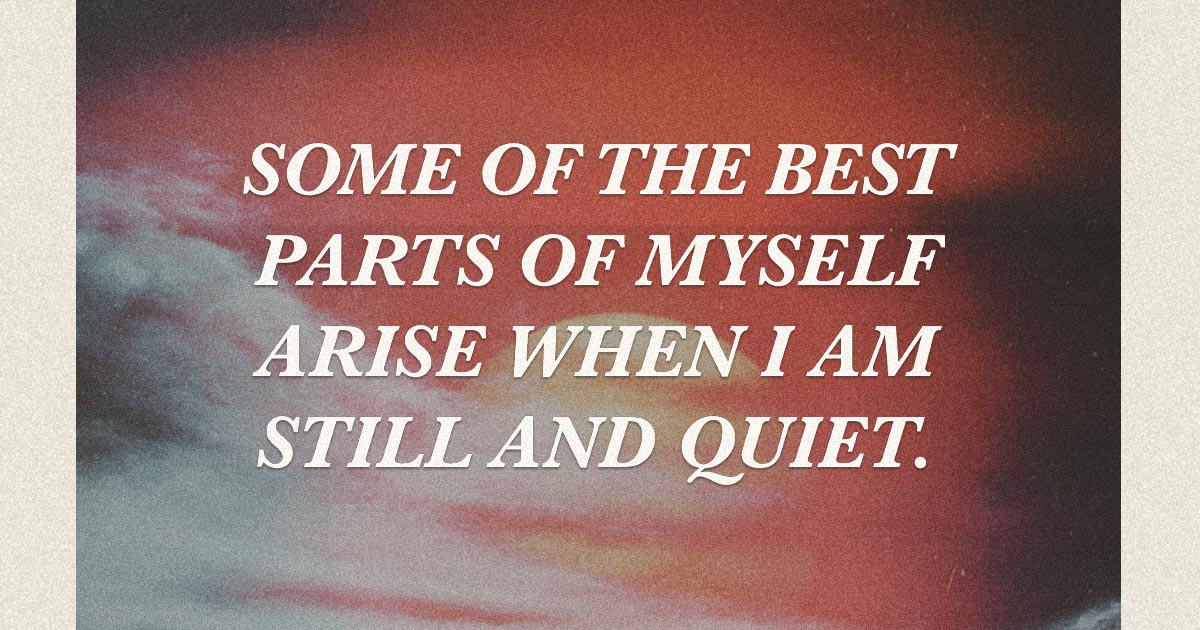 The important friends stayed. The awkward family conversations led to real, authentic connections. The time off gave me space to breathe. To slow down. To find a new pace. I came back to myself. And I found that some of the best parts of myself arise when I am still and quiet, not running. I found that I could connect with people better—in ways that really mattered.  I could enjoy my body and celebrate all it could do rather than punish it for what it did not. In fact, I found that most of life is better at a walk than a run.

Hanging on to this lesson learned hasn’t been easy. There are a lot of forces at work in our world telling me I need to hurry up, to get hustling. It takes a lot to sit down and center ourselves on the truth: that we are good enough right now, and we don’t need to do everything or anything.

These days, to combat the ever-present temptation to pick up and run, I try to remind myself that rather than going so fast and fearing every fork in the road, I want to be someone who takes life at a walk. I picture myself on a trail, as someone who smiles at passers-by and says hello. Someone who stops to smell the flowers and notices when the leaves change. I want to take the time to stare up at the sky and remember how small I am. I want to approach every crossroads I meet with grace, knowing that no matter where I go, I will be okay.