I’ve never heard someone describe themselves as courageous. But courage is a trait we all have.

My courage began with learning English at the age of 7. I was never very good at it. I remember sitting in front of a stranger whose first and only language was English. I felt intimidated. As they spoke, I was forming sentences in my head in Gujarati, Hindi, and French, trying to translate the fragments into English. My tongue stopped at the wrong times and my voice was cracking. But beyond the language barrier, deep down, I knew my struggle was something more. It was the topic of conversation: Mental health.

I grew up in Zimbabwe with my Indian family. My childhood forced me to be mentally tough. I had to navigate life by distinguishing my Indian heritage from my African environment while also trying to find a middle ground I could fit into. Add an alcoholic father, an emotionally unavailable mother, and a hospitalized uncle to the mix, and you have my childhood. If I wanted to survive, I had to be resilient. Mental health wasn’t something I talked about with my family or my friends—even though we were all going through something.

At 16, I moved away from that heavy childhood and to the United States with my parents. As I unpacked my bags in our new home in Georgia, my best friend from Zimbabwe called to ask how the flight had went. Somewhere between talking about the weather and the different accents I encountered, I told him about my depression. It was as though the distance gave me the courage to talk about it.

I told him that if I hadn’t moved immediately, I would have ended it all. I told him about the hardships of my childhood. In turn, he told me about his own struggles—struggles that I knew nothing about. Hours passed and we were both left crying into the phone.

Two years after that phone call, I found myself sitting at the doctor’s waiting to get a blood test done. At the appointment, with my mother in the room, the doctor asked how I was doing. He was young. I looked at my mum and then at him, and said that I was tired. That I would go to bed at 10PM and sleep until 1PM the next day. He asked me why this was and my mother said it was because I didn’t have a job. I’m not sure what it was that made him understand. Maybe it was my mum’s comment or the tears in my eyes, but he asked her to leave. This was my chance to be courageous, again. 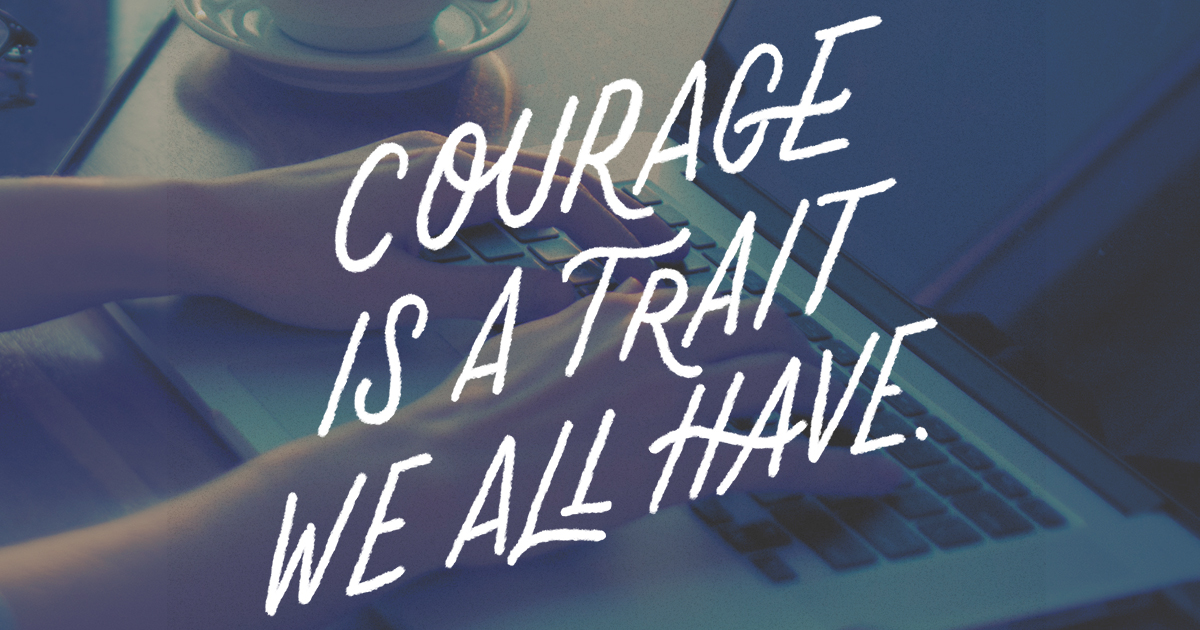 The door closed behind her and he handed me a tissue. “You’re safe now. Tell me what’s really going on.” As if a rock had been dislodged from my throat, a river of incomplete sentences and broken English flowed out of my mouth. And even when I subconsciously transitioned to French or Gujarati, he listened.

I left the office with a prescription for antidepressants. I knew for years that I needed medication and I finally had the paper in my hands. I wanted to hug him, to laugh, to dance for all it was worth.

It’s been about a month since that appointment. My medication has started to kick in. I get out of bed on time, I go for walks when I get bored, I write and read and draw. I’ve even been teaching myself chemistry. But I know that this is just a start, that this is just the beginning of my healing.

I want to go back to Zimbabwe one day with my head held high. I want to prove to myself that it does get better. That this little girl who could barely speak English, traveled across the world and used her courage, her voice, to ask for help.

Waking up in the morning is courageous, so is deciding to talk to someone, if you or someone you know is struggling, we hope you will reach out for help. Our Find Help page is a good place to start.

I lived on a hamster wheel, in constant fear that I would lose everything I had earned if I dared to stop and take a break.

Recovery Doesn’t Have an Expiration Date

No Moments Are Worthless

I made this for you, friend.

I hope it reminds you that no moments are worthless.