I am living a story, but I don’t love every chapter. People say that sharing the story of my pain will help others and bring a beauty and a peace to it. For so long, I believed them.  I thought that sharing my story would be the end of the dark chapters. No one told me that the darkness that defined parts of my life would cast shadows and images that would shape the rest of me too.

Growing up in a small town and going to a tiny church and school for the early part of my life meant that image mattered. As an adult, it continues to. I liked being the person I looked like. I liked being liked. I liked the image I embodied. I appeared shy, obedient, and generous; I volunteered and I was kind. After college I worked at a nonprofit helping at-risk women, I really loved being that person. That person appeared great. But on the inside, there was a darkness lingering that shaped the things I did behind closed doors.

I began hurting myself when I was 12. I was caught once but got good at hiding it. And although I told people I had stopped, I never really did. I attempted to take my life six different times. Depression and anxiety had taken over. I prayed so often for healing, but it never came. That didn’t stop me from telling people that I was healed though.  Being the girl who decided to live is a solid story arc, and I loved being that person, too—even if it was another lie.

Healing did come though, it just didn’t take the shape I expected it to. Healing is not a one-and-done event, it is a process. It takes time.

I had always thought that I couldn’t share my story with the purpose of helping others until I was completely healed, until the shadows were gone. And then, once I was no longer broken, I could open up about my struggles. But if I was still broken, even just a little, I couldn’t and shouldn’t share. The thing is, I wasn’t too broken though, I was healing.

Even if your healing has just begun, your story can be told. We can sit together in the hard places, we can move toward recovery alongside one another. I don’t have to be fixed for my journey to matter, and neither do you. A win is a win no matter the chapter.

So here’s my story: I still struggle every day. I go to counseling. I started taking medication. I talk to people about my struggles. I still think about dying, but I haven’t tried to die in three years. I relapse occasionally, but I have a support system in place. If healing is finite, I am far from being healed, but I am not broken. I am staying and I am fighting.

Against all odds, I’m choosing to heal. 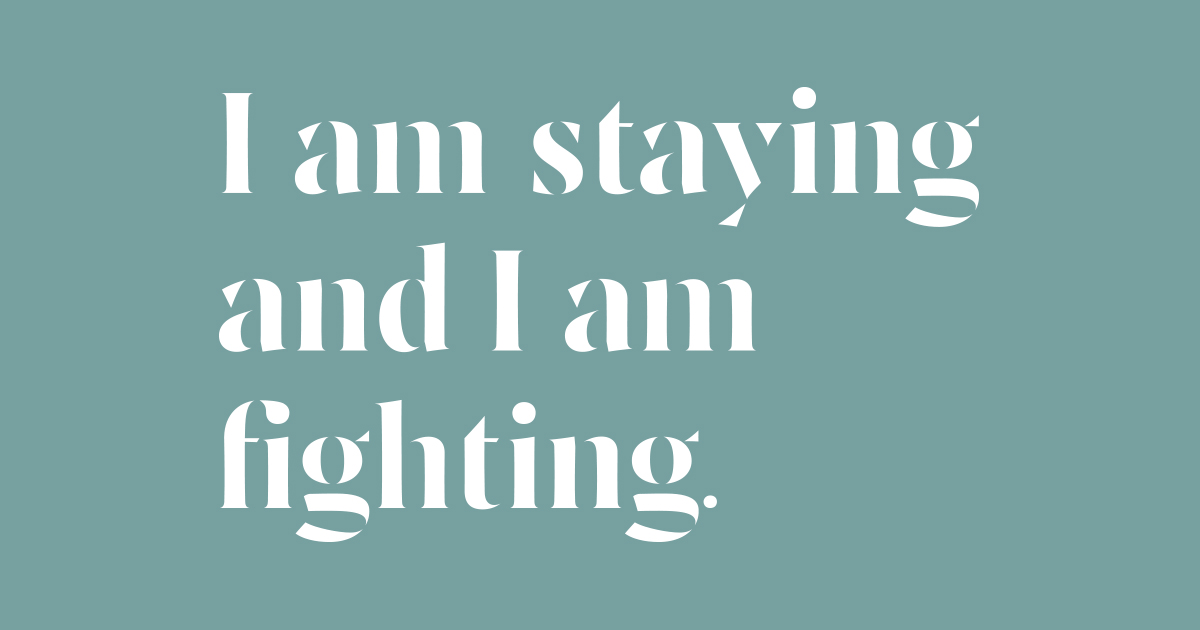 It’s OK To Be Hurting

I haven’t wanted to injure in almost a decade. But due to the pandemic and the restrictions, so many of the other coping mechanisms I’ve learned to use haven’t been available.