Her heart is pounding rapidly. Her head is throbbing. It feels like her chest is constricting and she can’t seem to catch her breath. You’re okay. Just focus on regulating your breathing.

She stands in the same spot for almost 20 minutes until she feels in control again. It’s the first time this has happened in a while, but the fact that it’s happening at all is worrisome. You’re spiraling. Get help before it gets bad again.

She knows she should. She’s been having a lot of bad days again. She’s withdrawing from everyone around her. It’s getting hard just to get out of the house. Sometimes, she only gets out of bed when she absolutely has to. At least I haven’t thought about hurting myself. At least I still want to be alive.

Because it has been a lot worse before. Years ago, she constantly thought of ways to end her life. When those didn’t work out, she self-harmed in any way she could. She never thought she would live as long as she had. Never in a million years would she have ever believed she would’ve gotten better. Did you really, though? If you were better, you wouldn’t be struggling now.

And that’s part of why she’s been resisting getting help. She’d gotten through this all once before without a therapist. She almost feels like reaching out now will undermine any progress she thought she’d made, like she wasn’t strong enough to do this alone and everything was just a façade she fooled herself into believing. This isn’t you. This is the mental illness speaking. You are strong, but even the strongest people need help sometimes. It’s okay. You’ll be okay. Just reach out before it gets so bad that you stop caring.

If she lets this continue, there is no doubt in her mind that it will get really bad again and she doesn’t know if she’s strong enough to bounce back again. She can’t say for certain that she won’t get suicidal, and if she does, she doesn’t know if she’ll get lucky this time around and make it out alive. You were lucky. Three times you could’ve died and you didn’t. Think about everything you would’ve missed out on if you’d died when you intended to.

She closes her eyes and it’s almost like in the movies when you see people’s memories replaying as they flash through someone’s mind.

She’s holding a puppy, cuddling with it. She sets it down and it instantly runs over to her shoe and starts gnawing at it. She can’t help but smile. He’s so tiny and furry and energetic and she just knows he’s going to make a great companion.

He is. Whenever she’s sad, he hangs around her, keeping her company. She cries to him and he always sits there and listens patiently. He is everything she needs and more.

She’s sitting amongst her classmates in her cap and gown, and she can’t believe she made it.

“I can’t believe we have our degrees now,” she tells her friend.

“It almost feels like a dream,” he says, reaching out to adjust her tassel.

And it truly does. She looks around at the brightly lit stadium, looks at all of the people alongside her who’ve worked so hard to obtain a higher education, looks up at all of the proud families, at their smiles and waves, and a sense of peace washes over her.

When they call out her name, her family and friends cheer so loud. As she makes her way down from the stage, one of the people there says, “Congratulations, you’ve made it,” and she almost cries. She has. She’s graduated college but more importantly, she’s still alive. She was so sure she wouldn’t live to graduate high school, let alone college, but here she is. She’s beat her depression and has a college degree now. She truly has made it.

She’s been struggling again. Working at a warehouse is tough and it’s triggered some stuff she thought she’d dealt with.

“Can we talk?” she asks a supervisor.

“Of course,” he responds.

They end up standing near the back. She doesn’t know what compels her to tell him. She trusts him. He’s been nothing but understanding before and she hopes the same thing happens now.

“I, uh, I’ve been struggling lately. I used to struggle before, like, a lot. It was really bad. There were times when I wasn’t sure I’d ever be okay. I’ve gotten better, though, and that’s why I got this tattoo.” She’s averting her gaze but shows him her fighter tattoo. “It’s kind of like a reminder, you know? Both to keep fighting no matter what but also to remind me that I’ve hit rock bottom and made a comeback before. If you look closely, the ‘i’ is a semicolon, for the semicolon project.”

He doesn’t know what that is and she tells him to look it up. She never comes right out and admits that she struggles with suicidal thoughts because he is a supervisor and she worries that he’ll report her and she’ll get fired, but she hints at it. He gives her his number and says that if anything ever comes up, she can text him. It means the world to her, to have him respond so supportively. It is at that moment that she realizes she might not have to do this alone, not again.

She’s holding her newborn niece, melting over the little girl’s tiny feet. She can see her two nephews on the floor, playing video games. At that moment, staring at these three beautiful children, she realizes how happy she is to be alive, watching them grow up.

She’s at the beach, the waves hitting her feet. She watches the water for a long time, mesmerized by its unpredictable movements.

“Are you okay?” her friend asks.

It truly is. She watches the sun set, watches as the water reflects beauty, as it purifies everything. She feels so close to nature, so calm.

“I’m on antidepressants but I don’t want to tell anyone,” she admits.

“Hey, it’s okay. It’s nothing to be ashamed of,” her friend says, giving her a supportive smile.

“Don’t worry. I won’t tell anyone. They’d be stupid to let you go, though. You’re a great worker.”

“Thanks,” she smiles sadly, not really believing it.

“Whatever is going on, whatever you need, I’m here for you, and I know I’m not the only one,” her friend says, giving her hand a pat. “You’ll be okay.”

Other than her family, she has yet to encounter any negative reactions to her struggles with mental health. It gives her hope that one day, it won’t be so taboo and people won’t feel like they have to hide it. Maybe one day she can help make that happen.

He pulls up in front of her place and they both step out of his car to say goodbye. She is trying so hard to hold everything back.

“Have fun tonight. Be safe. Text me if you drink too much and need a ride home. I’ll come get you.”

“Of course. Everything will stay the same. We’ll still text and send each other snaps daily, and we’ll be back. San Diego 2020.”

“Maybe by then I’ll have all of this all figured out and I’ll have my shit together.”

“If not, we’ll be back in two years and we’ll figure it out together.”

“Don’t replace me as your best friend right away, okay?”

She knows it’s been long overdue. She needs to get help, professional help, because she wants to have more happy memories, wants the happy memories to be completely happy, not tinged with sadness like they currently are. You deserve to be happy. You are a fighter. Fight for your happiness.

She’s nervous and scared and sad and overwhelmed but she knows what she has to do. Something has to change because she is tired of being at war with herself. She’s just so tired.

She stares at the piece of paper for a long time before finally grabbing her phone and dialing the number. 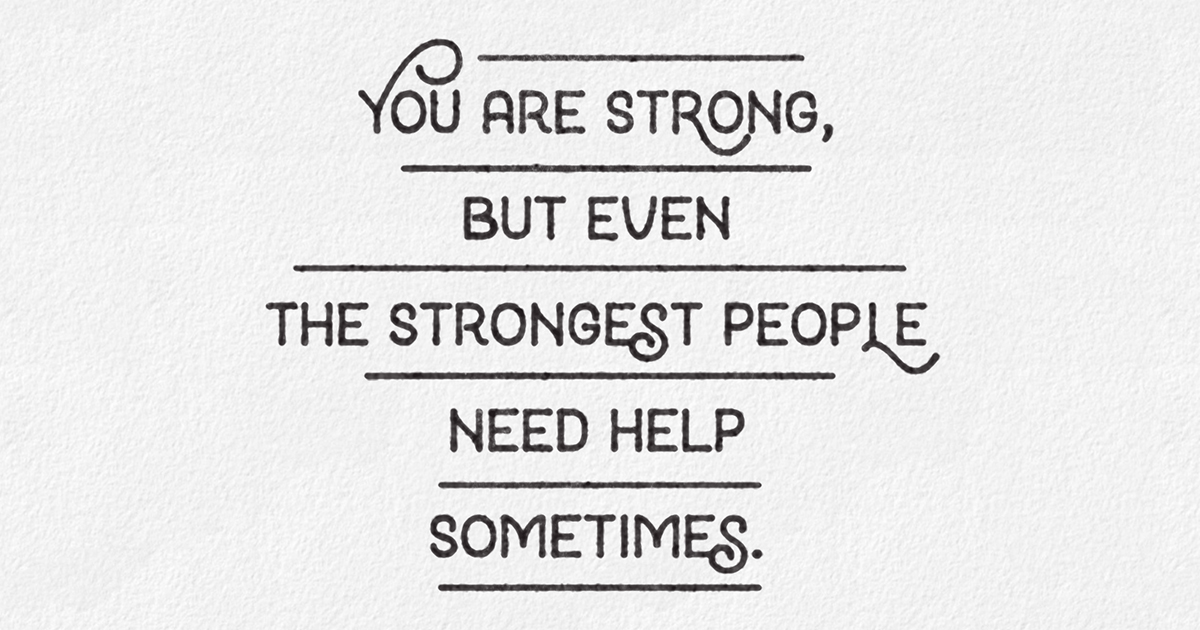