On December 16th, 2017 I made a choice to better myself. The events leading up to this decision aren’t my fondest memories, some I have no recollection of at all. One too many nights going to bed drunk, telling myself I would do better tomorrow. Always tomorrow. I questioned my drinking constantly, and without fail, I came to the same conclusion each time: I had a drinking problem.

There was no rock bottom, no intervention, no telling anyone what I was planning to do. Looking back, I thought I could easily hide the fact that I was going to take a swing at this whole sobriety thing I had heard people raving about. I was going to hunker down, and white knuckle my way through all of it on my own—once and for all. The cycle of shame and guilt associated with addiction has a way of silencing you, forcing you to think and believe that you are sitting alone. I’ve learned that the same cycle can be carried over into sobriety as well.

Choosing sobriety is the first step, choosing to share that journey with others comes next.

There is a lot of fear wrapped into living a sober life. The constant fear of relapse, and in turn disappointing the people who support you. My thought process, in the beginning, was the fewer people I tell, the fewer people I’ll be letting down if I do relapse. During the first 30 days, which are deemed some of the hardest of sober life, I only truly confided in my girlfriend. I remember how terrified I was as I sat there with the cravings and the constant ebb and follow of my dependency. Every hour, every minute, every second was a little victory. I went to bed each night thinking “one day at a time,” but I wasn’t sharing those victories with anyone else because I felt like I couldn’t.

Not drinking was supposed to make me feel better, but it felt like it had become more of a secret than my actual alcohol abuse. I not only was avoiding talking about my addiction, but I was also dodging the conversations around what I was doing to address the problem. If I wasn’t allowing myself to be honest in my journey toward living a sober life, the reason behind it became null.

I quickly began to learn that sobriety isn’t meant to be secretive. Even with the thought of relapse rattling in the back of my head, I could choose to invite people in. This invitation was an opportunity for me to really lean into the decision to live a life fully sober. So there I was, laying it all out, allowing people to know every side of me. And that’s when the idea of sobriety got easier. I didn’t realize how many people were in my corner until I actually let them into my corner.

Laying it all out for you to see. 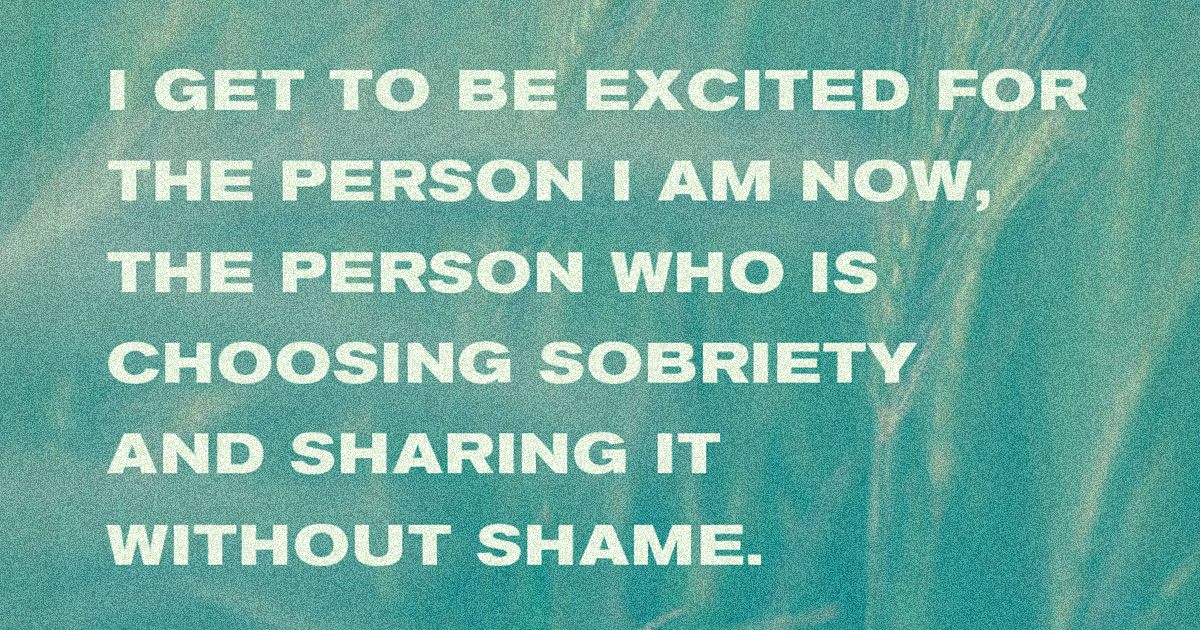 April is Alcohol Awareness Month. If you or someone you know is struggling with substance abuse, you can find local resources on our FIND HELP page. You can also take a free screening thanks to Mental Health America. Hope and help are real. Sobriety is possible.

Finding Help When You Need It the Most

We are literally seeing people connect to the help that exists.

The Most Wonderful Time of the Year?

I’m afraid that this pain won’t ever go away.

Surviving (Maybe Even Enjoying) Thanksgiving With an Eating Disorder

On a holiday centered around food, it’s near impossible for me, a person with an eating disorder, to maintain a healthy mindset.