“If the blood doesn’t kill you, stigma will try.” – Danez Smith

A few weeks ago, a friend and former coworker reached out and asked if I wanted to be on the TWLOHA podcast. They were planning an episode on bipolar disorder and, because they knew about my diagnosis and because I’ve talked about it publicly before, they wanted to see if I’d be up for the interview.

It was a funny, full-circle request given that I helped launch the podcast and worked on the first two seasons. I’m so proud of the content they’ve produced and the feedback they’ve received. But my gut reaction when I saw the invitation was an immediate, “Oh no, hell no, I can’t do that.”

My reaction surprised me. I worked for TWLOHA full-time for two years and then consulted for another 5 years or so. I’ve been talking and writing about mental health for the better part of a decade. I’d be talking with someone I know and trust and who would take care in helping me tell my story.

What was one more conversation? Well, according to stigma, it was everything.

I texted a few friends to ask if my concerns were legitimate. I’m lucky enough to be in a job that I don’t think I’m at risk of losing. I’m not a public figure with a platform that could be damaged—no brand deals to fall through, no fans to disappoint, etc.

Was it reasonable to worry that this one interview could have a negative impact on my life and career? Would that interview sit out there forever, waiting for someone to stumble across and define me by this thing outside of my control? By a part of my life I would cut out if I could?

Yes, because that’s how this works. I would talk and the episode would be produced and then it would be out there. Even in 2021 and with all the progress we’ve made since the TWLOHA story first went viral on Myspace in 2006, there is still a risk in telling your story and speaking honestly about mental illness. The nerves were warranted because the potential consequences were there.

Ultimately, after encouragement from friends, I agreed to do the podcast. I recorded the interview last week. When I finished, I was red-cheeked and sick to my stomach and thrilled that I got a Taylor Swift mention in while also being furious with myself that I didn’t bring up Carrie Fisher.

I’m writing this before anyone has had a chance to publicly listen to the episode. I wanted to talk about stigma and how it’s still making me sick to my stomach and making it difficult to breathe days after the interview. I wanted to write in the gray space—before any potential backlash or disappointment, before any praise of bravery or honesty.

I was thinking about all of this when I came across Danez Smith’s piece in GQ on the stigma of being HIV positive. And GOD did they blow me away.

“This was the summer of 2016, two years after I had tested positive for HIV at the Magic Johnson center, in Oakland. That day had felt like a wake—I remember my mother openly mourning in front of my face—and since then sex had been haunted for me, drained of romance, a negotiation at a death-marked market where pleasure felt accidental and undeserved. HIV was no longer a death sentence, they said, but what of the social loss, the sexual death?”

What of the social loss? What of the death that comes with a diagnosis that may take your life and will certainly complicate it on a level that feels so far beyond manageable?

“I learned what it was like to be “not someone’s thing.” What it was like to be a thing. I felt starved for even “hey.” And I started to understand why some positive folks keep their status a secret. Being positive can feel like someone looked into your life and said, “You’ve been touched enough.” Stigma births a cancer on the soul. If the blood doesn’t kill you, stigma will try.”

Every word they wrote is precise and the sentences are beautiful and sad and irreverent and hilarious, but it was that last line there that stood out to me: “If the blood doesn’t kill you, stigma will try.”

One of the main reasons I was hesitant to do the interview is because I’m not at a place where my illness is 100% managed. As I mention in the interview, I’m 1.5 years into trying to find a new medication to supplement the one I’ve been on for years. I’m not thriving (In this economy? During a pandemic? With a mental illness? It’s more likely than you think!). I was so, so worried that someone with my diagnosis would tune in—so eager to hear someone else’s perspective—and feel discouraged by where I’m at.

“It was the first time I ever talked about HIV without gesturing toward dark conclusions, a reminder to my then stigma-riddled mind that even within danger, there is room for pleasure.”

Dark conclusions. Stigma-riddled mind. We’re all up against so much when it comes to our various illnesses.

Ultimately, it was a friend’s late-night text that convinced me: Don’t underestimate how big of a deal survival is. Stigma hasn’t killed me yet, and that has to count for something. 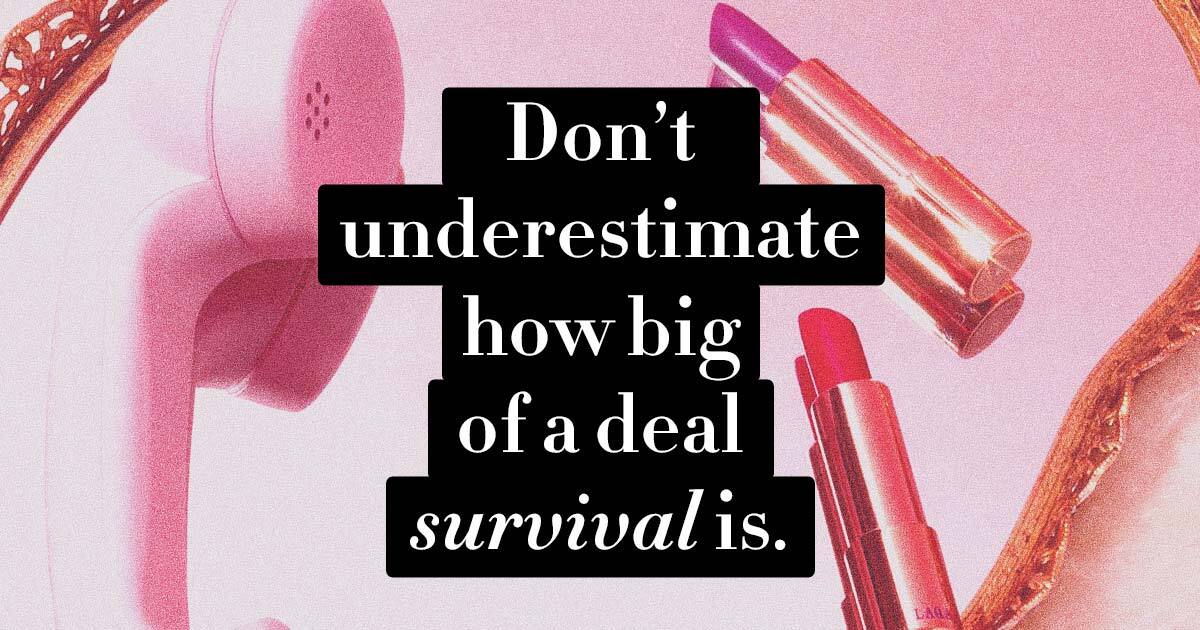 I don’t know what the consequences of doing this episode will be. Catch me on the other side of the episode’s release and ask me if I regret it. Ask me years down the road.

But I do know that doing the interview was one small potential death blow to the stigma surrounding mental illness and bipolar disorder in particular, and that happened to be enough to convince me to spend an hour sweating and trying not to swear while articulating my thoughts and feelings.

But you shouldn’t have to live in the dark and not just because that’s the place stigma calls home. You deserve the light. You deserve the “and” that comes from fighting stigma: You can be HIV positive and find love. You can have bipolar disorder and hold down a job and maintain friendships and pursue your passions.

Stigma will try to steal that and. It won’t even give you a but. It will give you a period like that’s the end of the story.

I hope that Danez’s essay and my interview and whatever else you stumble upon on the Internet give you more than that. I hope they find you when you’re staring into your phone or at the ceiling and wondering if there’s a future for you that’s worth living.

There is. I might not know anything else, but years of working for TWLOHA and living my own life has shown me there is.

I’ll see you on the other side of the episode.

Claire M. Biggs is a writer and editor who has written about pop culture, social justice issues, and current events for places like Racked, marieclaire.com, MTV Act, and MTV News. She served as the editor for To Write Love on Her Arms for three years.

Your diagnosis is not the end of your story. You are capable of living with bipolar disorder. Healing is still possible. We encourage you to use TWLOHA’s FIND HELP Tool to locate professional help and to read more stories like this one here. If you reside outside of the US, please browse our growing International Resources database. You can also text TWLOHA to 741741 to be connected for free, 24/7 to a trained Crisis Text Line counselor. If it’s encouragement or a listening ear that you need, email our team at info@twloha.com.