This piece is part of our Mental Health Month blog series, where we highlight and explore different mental health struggles. Here’s Angie’s perspective on anxiety.

I had my first panic attack when I was 30. It took me completely by surprise, in the middle of the night on a trip, and it didn’t seem precipitated by anything. But now I know the truth—the signs were there all along. I just didn’t see them. That one big attack followed years of behaviors I now know to be anxiety.

If you had asked me in my 20s what anxiety looked like, I probably would have guessed that it showed up as panic or chest pain, something obvious. I didn’t have a vocabulary for it, so I was unaware that I was living with it most days at varying levels.

Anxiety was the lens through which I saw the world.

In a sense, anxiety was my way of processing life. When it blossomed into panic, it was like my body was finally saying it had had enough. The anxiety had outstripped my ability to cope, and years of it had accumulated into this beast that suddenly attacked seemingly out of nowhere.

I don’t recall feeling anxious when I went to bed that night. But how could I know? Anxiety had flown below the radar for so long. Now, after having researched it, been to therapy, and explored my own past behaviors, I see that it had its claws in me from the beginning.

Anxiety materialized in many ways for me—both small and large.

Difficulty adjusting to changes. Tiny changes or uncertainties caused me to overreact.

Illogical fear. I was afraid of things that I should have been able to rule out as threats. My fear was unpredictable and hard to justify.

Constant worry. I lived in my head, projecting future scenarios, considering what could and might go wrong.

Inability to relax. I struggled to enjoy the moment, at any moment. Even some of the best times of my life were robbed by overthinking, analyzing, and comparing.

Carrying tension in my body. I thought it was just how I was “wired”—tight shoulders and a tight back. Everything I felt was held in my body making it difficult to rest physically or mentally.

Anger and frustration. When my kids were little I often found myself feeling abnormally unhappy over minor inconveniences, easily frustrated by their childish behaviors. Underneath that, I was concerned (anxious) that they weren’t doing well or I wasn’t doing well as a mom. It manifested as anger.

Difficulty making and keeping plans. If I had a full day coming up on my calendar, my mind would go into overdrive. Even if I knew I was capable of doing the tasks, they seemed overwhelming. Sometimes I would cancel plans because it felt like too much.

Over-analyzing and fear of failure. I often wondered if I was good enough as a mom or if I was achieving enough as an adult. My anxiety told me “no” even when logic told me “yes.” 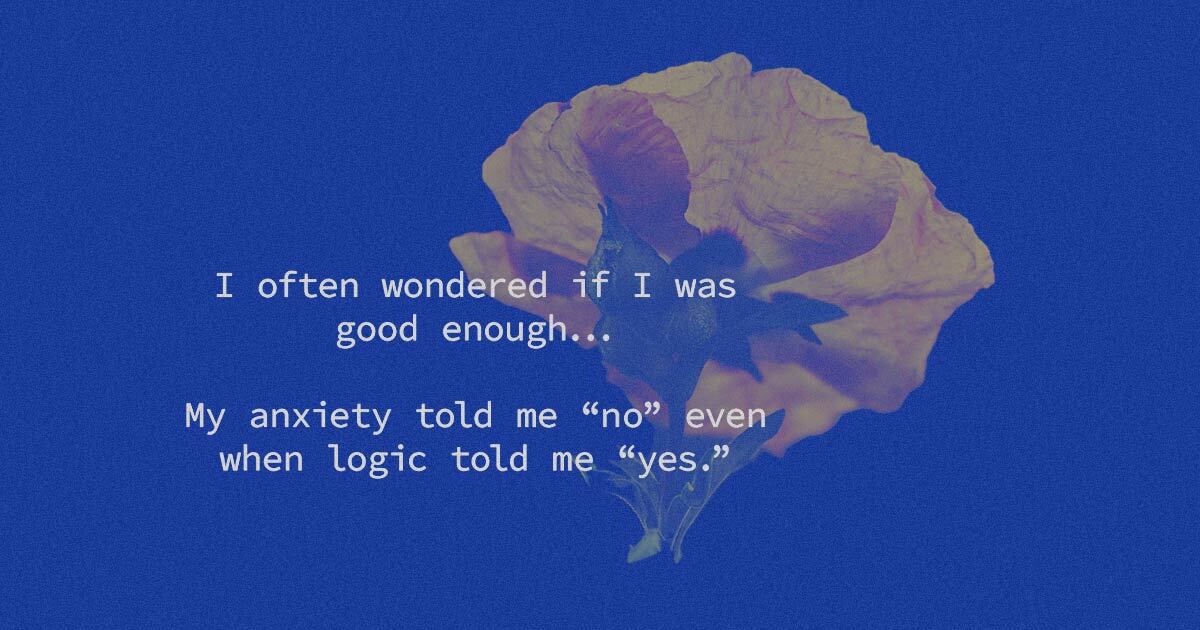 In general, life felt threatening, although my actual life was anything but. I never sought a diagnosis because I thought this was my normal and I needed to just deal. So I wonder, how many of us try to cure these inconvenient behaviors and experiences not realizing they are rooted in anxiety?

There is freedom in knowing the truth.

Once I understood that anxiety was at the heart of each challenge, I could approach them more effectively. Over time, I learned how to manage my life and my schedule in a way that felt peaceful. I developed bypasses around anxiety-provoking situations and I mustered up the courage to face the things I feared head-on. It took time and prayer and outside help but it made all the difference knowing what I was battling.

I no longer have to live in the dark, wondering why things feel so hard all the time. There is a name for it, and there is hope for it.

If you or someone you know is struggling, please reach out for help. Your journey toward healing and recovery does not have to be navigated alone.