For the first 27 years of my life, I felt like a cartoon character. I would be washing dishes, brushing my hair, or performing any other mundane task—and then a family member, a friend, or maybe a co-worker would come up behind me. They would start to say my name, and I would jump or scream like the over-dramatized character in kid’s shows who is always afraid of their own shadow.

I’d walk around a corner and see someone, unexpectedly, standing there and I’d jump. Scream. My heart rate shooting through the roof. Body trembling. Sometimes these jump-scares hit me so hard that my chest would burn and I’d have to collapse for a moment to regain my strength. Most of the time, I was left feeling like I’d just finished running a marathon.

This is the thought that arrived after every single incident, like an acidic chaser following a bitter draught. Shame would fill my stomach, sour my soul, and all I could do to hide it was to smile sheepishly and play the cartoon character.

“Guess I wasn’t paying attention—how stupid of me.”

But the reasons I gave never eased the embarrassment gnawing at my insides and burning my cheeks. Everywhere I went I earned a reputation for being the quirky ditz who would scream if you walked up behind her, or, the unstable space cadet who might throw a punch if you approached without prior warning.

I was the cartoon character of every group.

“You’re so dramatic,” some would say. Others would apologize, just as startled as I was. But many would go out of their way to get these over-the-top reactions, laughing as I predictably leapt into the air or released a horrifying scream when they crept up behind me.

I didn’t know what to do except play along. I tried for years to control my reactions, seeking to remain aware of everything at all times so that nothing could surprise me. But it never changed who I was—that skittish creature who was good for a laugh.

When I turned 27, I started therapy at the start of the year. By the time autumn leaves were falling to the dying grass, I was diagnosed with Complex PTSD. 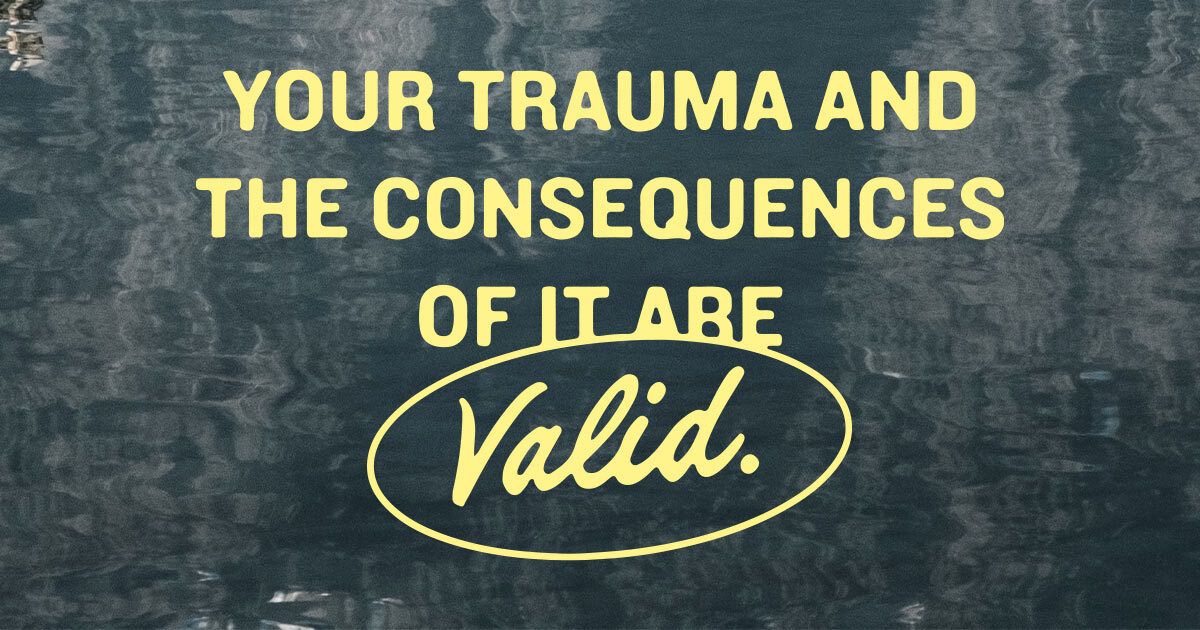 Post-Traumatic Stress Disorder. Wasn’t that something only people who fought in wars experienced? Surely I wasn’t traumatized enough to “qualify” for it. So maybe my childhood was a little bit rough, but I was lucky compared to most. And hey, my nightmares sometimes left me alone for a couple of nights in a row, and occasionally I could endure the discomfort of surprises. I didn’t deserve a diagnosis that would let my shame off the hook.

But the truth has a way of haunting you until you pay attention to it. With the help of my therapist, I faced the ghost. I confronted PTSD and the hypervigilance that comes with it. It was a slow process, and still is, but I am starting to realize that I’m not a cartoon character or an actor who changes diagnoses like costumes on a stage just for dramatic effect. I am a soul that spent a childhood in unsafe situations, regularly fearing for my safety both mentally and physically, always on the look out for a threat.

My body and mind learned to protect themselves the only way that they knew how at such a young age, and my flight or fight response became a very delicate trigger that is easy to pull. It has nothing to do with overreacting.

It’s been a year since my Complex PTSD diagnosis and I’m still easily startled. My chest still hurts when I’m scared, and my body still reacts like a frightened deer at the most innocuous sounds or disruptions. But I have a tool in my kit I never had before, a weapon clutched in my hands that I forged in the fires of self-compassion and grace.

I am not ashamed that I endured an unsafe childhood and came out of it with some scars. I don’t see myself as a character in a show, too dramatic to be a real human being. I am real. And my trauma is, too.

If you’re stuck in that place where you can’t stop gaslighting yourself, if your symptoms don’t seem to match the disease, I want to promise you that you’re real. Your trauma and the consequences of it are valid.