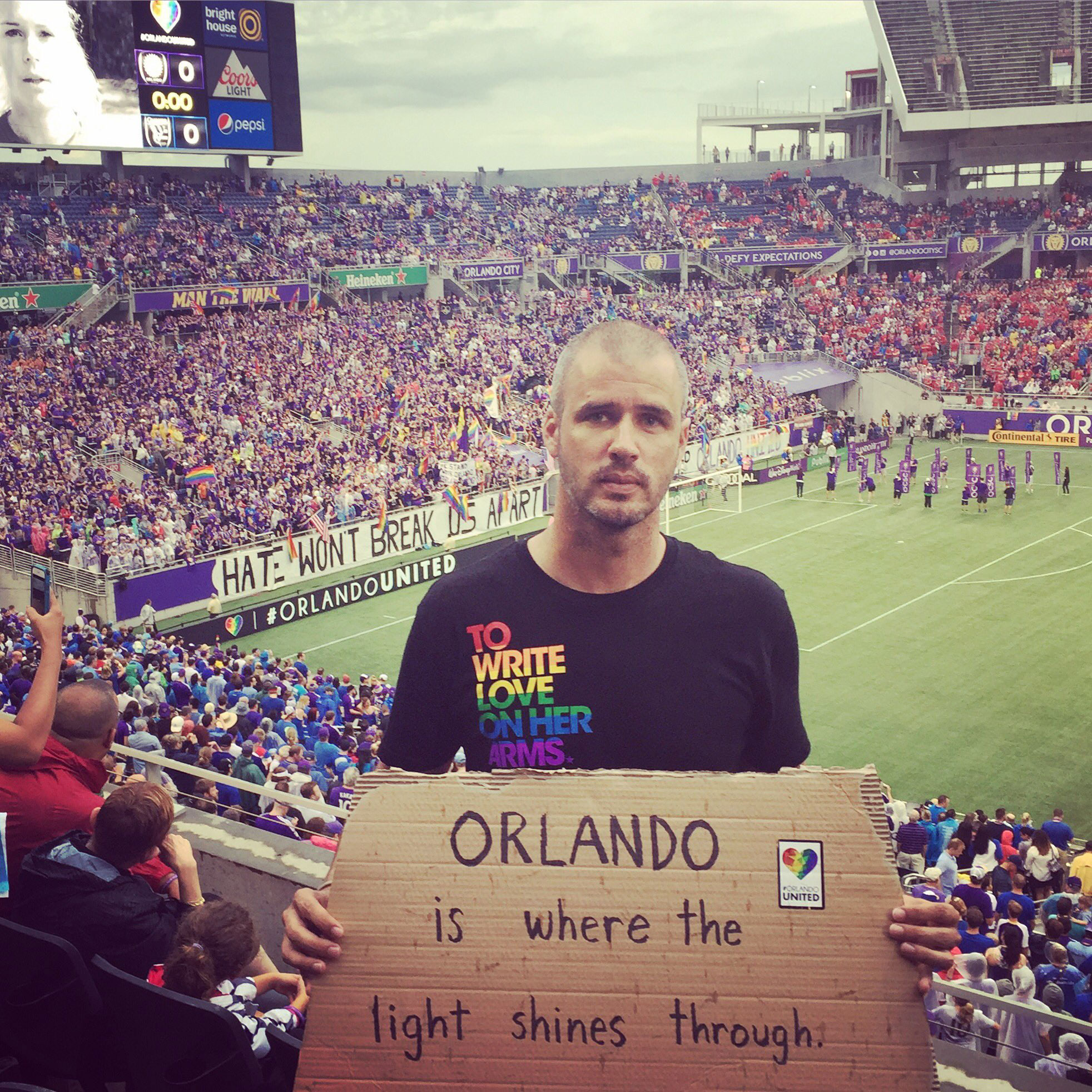 Back in 2006, i was introduced to a girl named Renee Yohe. Orlando provided the setting for the story that changed our lives. When i began selling TWLOHA shirts as a way to help pay for Renee’s treatment, that treatment took place in Orlando. Years later, when the surprising story was made into a feature film, the movie was made in Orlando, often blocks away from where the actual events had taken place. Since then, our annual HEAVY AND LIGHT event has happened in Orlando, first at The Social downtown, and at the House of Blues ever since.

Today, the TWLOHA office is located in Melbourne, Florida, just across the bridge from where i grew up. Though Melbourne is officially our home, our team is constantly driving back and forth to Orlando for soccer games and shows, and for the theme parks as well. (i often joke that our interns use TWLOHA to get to Harry Potter World.)

The recent tragedy that took place at Orlando’s Pulse Night Club was met with attention and compassion from people worldwide. For us and for me, it was personal. It happened in our backyard. Those lives ended where we got our start. i’m proud of the fact that, in the last few weeks, we’ve raised nearly $20,000 to fund grief counseling in Orlando.

Having said all of that, i’m writing to invite you to Orlando. Now that you know the “where,” here comes the “why.”

Over the last 10+ years, we’ve responded to nearly 200,000 messages from people around the world. Within those messages, there are two questions we see again and again. The first is people asking for help, and we do our best to respond with words of encouragement. We invite folks to have honest conversations with loved ones, and to know that it’s okay to ask for help.

The second question we get is “What can I do to help?”

Starting on Friday, July 22, and wrapping up two days later on July 24, our 2016 Supporter Conference is all about answering that second question. Led by a diverse lineup of artists and speakers, from mental health professionals to spoken word poets, you will learn how you can be part of the solution in your local community. Depression, addiction, self-injury, eating disorders, and suicide: These are issues that affect millions of people, and yet so much of the problem is that these issues are often met with silence and stigma and shame. We want to unpack why that is and what we can do to see it change, to make it okay to talk about our pain, and to help people get the help they need and deserve.

My friend Renee Yohe, the inspiration behind the original TWLOHA story, she’ll be there, singing her songs and talking about how her life has changed over the last decade.

Tonya Ingram and Sierra DeMulder, our spoken-word poet pals who stole the show at our TWLOHA Turns 10 event a few months back, they’ll be there.

My friend Denny Kolsch, who has a powerful story of overcoming addiction and now works as a licensed mental health counselor, he’ll be there.

Aaron and Michelle Moore, licensed counselors who run Solace Counseling in Orlando and who have led our MOVE conferences for years, they’ll be there.

i’ll be there as well, along with a whole bunch of incredible people.

For more information, including fundraising and scholarship details, click here.

We hope to see you soon. Orlando is the place and you’re officially invited. 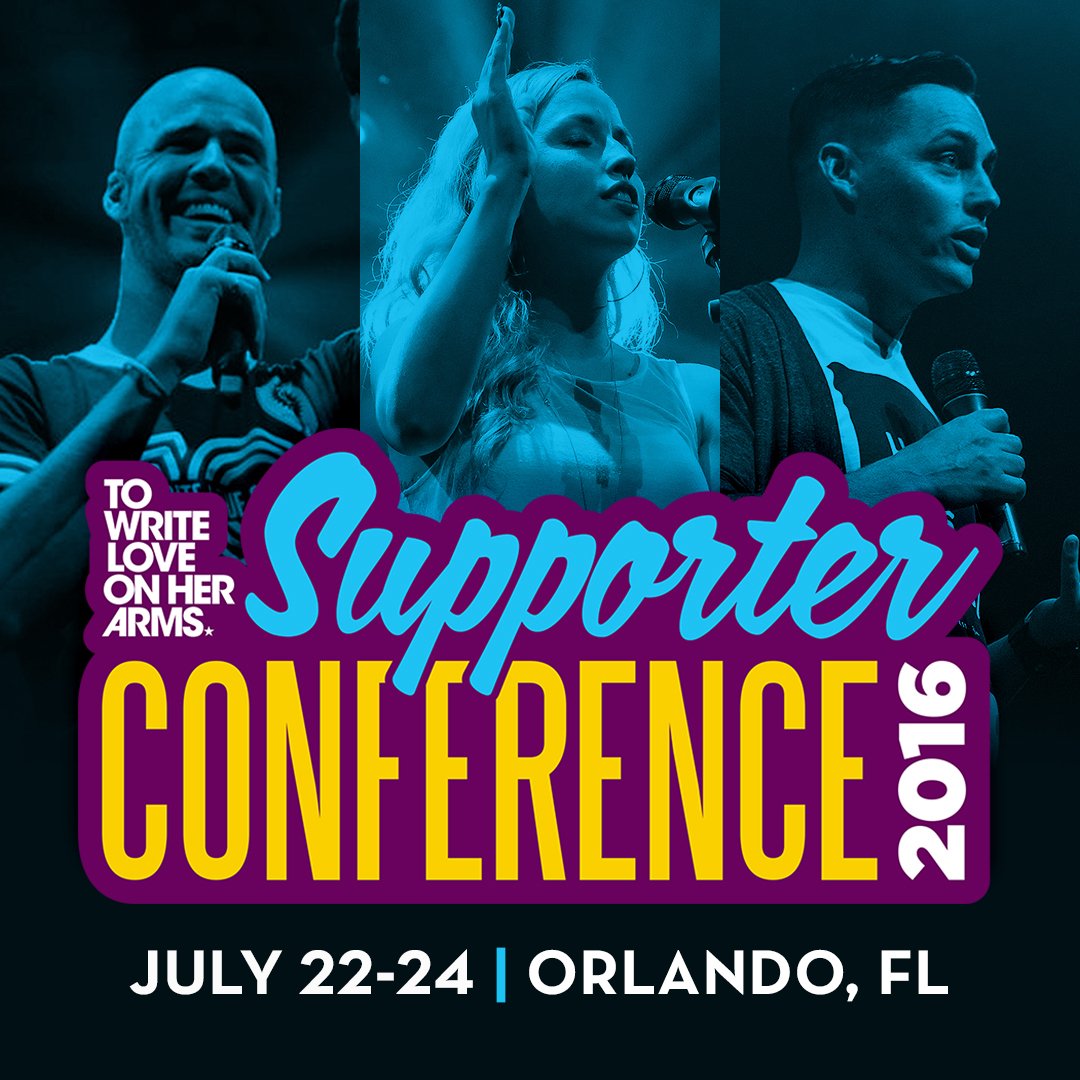 A Letter to the Therapist Who Didn’t Believe Me

When you said those words, I shattered into a million pieces.

Self-Harm: The Addiction We Don’t Talk About

When I reflect on my days of self-harm, I see how I struggled to tell the people I loved that I was hurting. So, I found a way to show it physically.

Sobriety, Introspection, and the Problem With Resolutions

Most of my “ideals” or things folks call “resolutions” around this time of year aren’t actually what I want for myself but are what I assume others want for me.