I chose to re-write my story. Or rather, to re-shape the narrative.

You may have seen my post from last summer, “2AM: Facing My Reflection,” where I discussed my struggle with binge drinking while working abroad. Essentially, although I “appeared” to be the epitome of a successful young professional, I had been (ab)using alcohol as my panacea for everything from stress to loneliness to low self-esteem (spoiler alert: it didn’t work). But there was some personal context I left out in that blog: I am a United States Navy lieutenant, serving in the Middle East.

While the demands of our job and the region remained unchanged, I didn’t. I changed. On the most surface level, I haven’t had a beer since May—hot cocoa has resumed its rightful place as my bad day go-to. Perhaps more fundamental to my healing, however, have been my consistent counseling sessions (sponsored by the Navy), complemented by the earnest re-wiring of my patterns of thought. Because while the drinking might have started after college, the abusive self-narrative didn’t.

I admit I chose a difficult path when I first raised my right hand and swore to protect and defend the Constitution. With an extensive family history of military service, attending the US Naval Academy had been my goal since elementary school. But as any culturally-minded idealist could tell you, sometimes those traits don’t fit in well with the military. Not that they aren’t necessary; they just don’t jive with the norm. By sophomore year, my depression had culminated in being red-flagged for suicide. Not because I was actively looking for opportunities to kill myself, but because I was honest in that I didn’t think it would matter.

I persisted, though, bullying my language-brain to graduate from an engineering school with a 3.8. The situation didn’t improve once out in the Fleet: while they say “dogged determination” can be a good trait, on my first ship it only served to exacerbate my feelings of isolation and despair. This pattern continued until last spring: running myself ragged trying to make things “right,” heightening the self-imposed pressure. It continued until it didn’t, until it couldn’t, because I had finally broken.

The funny thing about being broken, however, is that’s where you start to build yourself back up.

That’s why I’m running an ultramarathon in New Zealand and raising money for To Write Love on Her Arms—because they were there with me at rock bottom. Not with judgment, not with “answers.” They were there with compassion, with understanding. TWLOHA provided me with hope when I needed it, they told me I wasn’t alone—it wasn’t just me, there was still light in the darkness, even when I couldn’t see its reflection.

This race is about choosing to see that light. I could have continued the drinking and the downward spiral of agitation, but I didn’t. I instead chose to remind myself EVERY day: hope is defiant. Tomorrow does need me. The storm will pass.

Realistically, running such a mind-boggling distance of 155 miles (in six days) terrifies me. I am scared of this race. Even in such beautiful scenery as the South Island of New Zealand; even every day as I train. I am scared and intimidated by the thought of completing a marathon each day, especially as I remember I have a chronic ankle condition—and oh, by the way, those are REAL mountains. 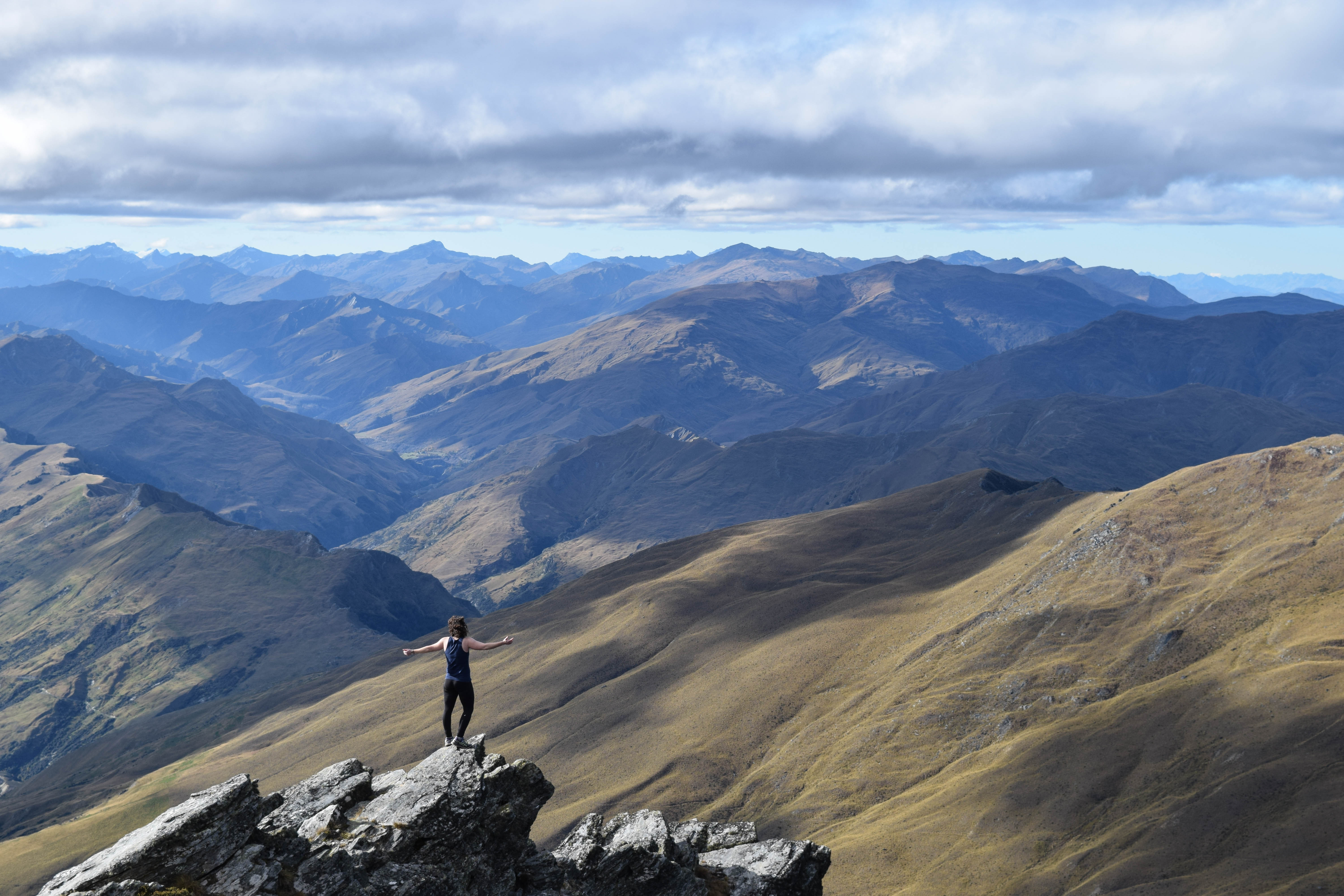 So no, this isn’t easy for me. This isn’t “just another checkmark” event. I’m participating in Racing the Planet: Ultramarathon 2019 because I wanted to prove (mostly to myself) that:

even when we feel isolated

even when we feel alone

even when we feel stressed, depressed, forgotten, unimportant, and like we’ve completely lost ourselves, let alone “our path”—we CAN continue to do great things.

And this isn’t just another instance of me continuing self-harm through another means (aka fitness). Because I know that line: I’ve tap danced and jumped across it, running twenty miles in the middle of the night following an emotional breakdown, or painting my anger across a punching bag until all of the skin is torn from my knuckles (my hands still bear the scars).

This ultramarathon is different. It’s not abuse, it’s not pressure. It’s not chasing after the allure of an achievement to make up for low self-esteem.

It’s being terrified and doing it anyway. It’s saying, “Yes, I struggle with depression, but that’s okay. I’m doing this. I’m doing this race anyway. I’m living my life anyway.”

Because we can live. And we will. 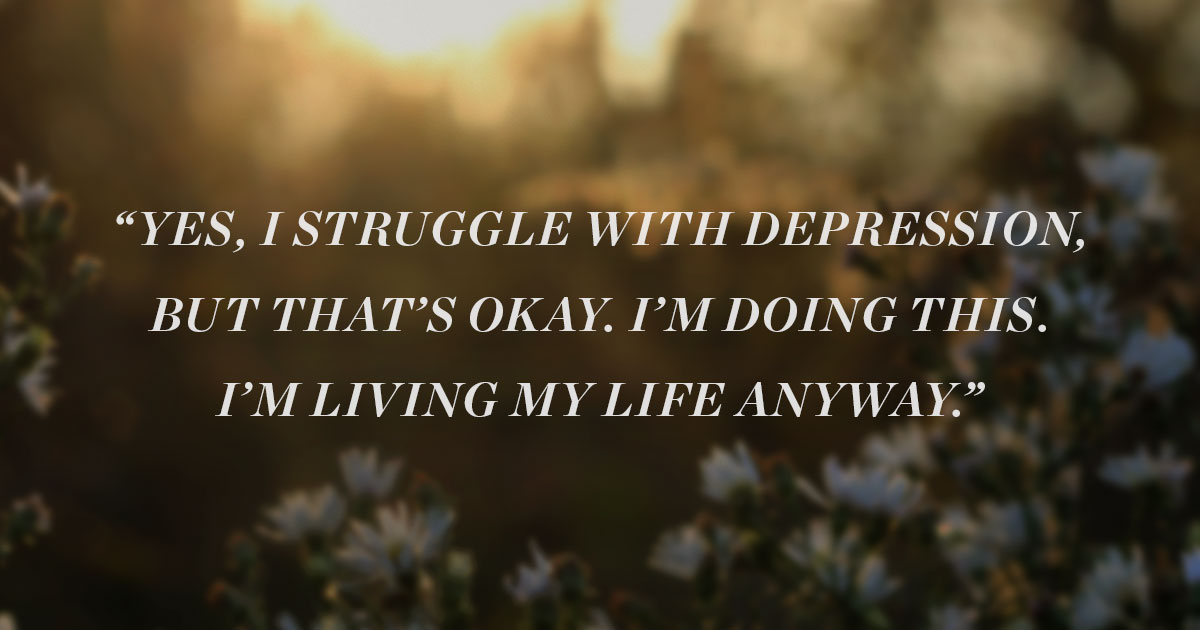 You can support Brett’s fundraiser here. You can also follow along here for updates on her journey.

And on April 13, 2019, you’re invited to participate in TWLOHA’s 7th Annual Run For It 5k and move for something that matters. Register now.

The Gravity of Grief and Depression

I saw the signs, I knew I was neck-deep in depression. There was no denying it.

Coming Out of the Woods

Understanding Depression In Motherhood Depression is not picky. Like other mental health disorders, depression can impact anyone, regardless of age, race, socio-economic status, or sexuality. It can seep into your day and make it more difficult to get out of bed and it can sit beside you while you engage in one of your favorite […]